Culinary professionals eat up discussion on food and civil rights 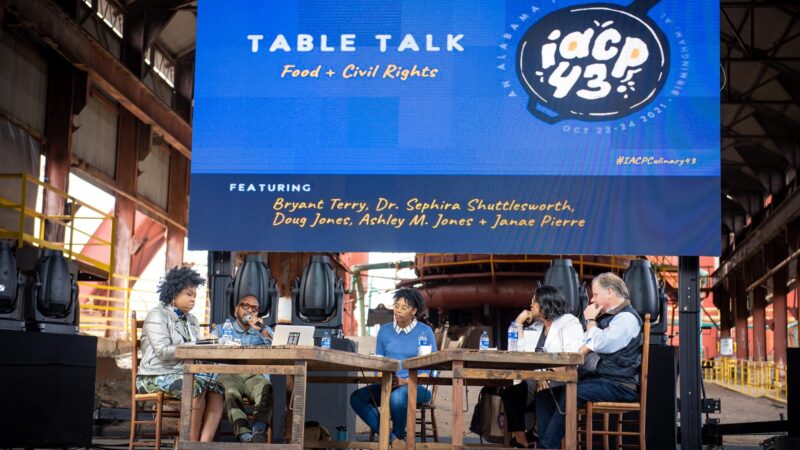 When you think about the intersection of the food and the civil rights movement, you may think of sit-ins at lunch counters or bake sales that funded boycotts. But the relationship between food and civil rights goes much deeper.

In late October, WBHM’s Janae Pierre moderated what was called a “Table Talk” session on that topic during the International Association of Culinary Professionals’ (IACP) conference in Birmingham. Here is her reporter’s notebook from that event. 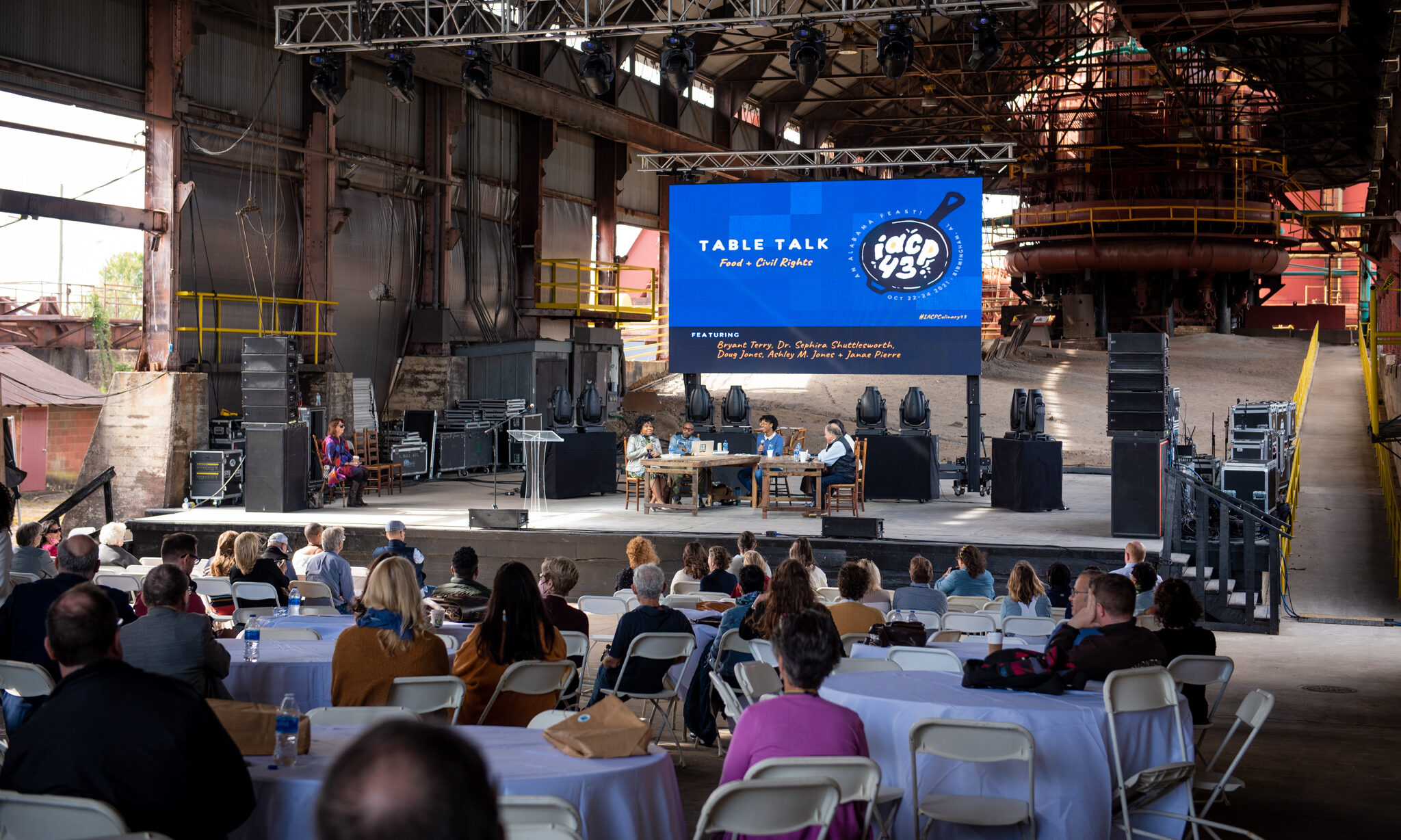 The train whistled and the wind howled as hundreds filled the casting shed at Sloss Furnaces that morning. It may have been chilly outside but before the discussion began, chef, food justice activist and author Byrant Terry took us into the warmth of his grandmother’s kitchen as he sang, “Glory, glory, hallelujah, since I lay my burdens down.”

His grandmother would sing that song as she prepared Sunday dinners.

“I’m really happy to be here although, number one, I don’t sing, number two, I don’t do poetry. Umm, I love food,” he said.

Everyone at the event had a love for food, including myself. When asked to lead the discussion on food and civil rights, I immediately thought about the state of Alabama and its painful past; from lynchings to Bloody Sunday where hundreds of Black people were beaten by state troopers in the march from Selma to Montgomery. Plus, all the turbulent events, like the Children’s Crusade, that occurred in Birmingham, which Doug Jones called the epicenter of the civil rights movement.

The movement needed healing to press on through the pain and trauma. For most in the fight, that came in the form of a good meal, both literally and figuratively. 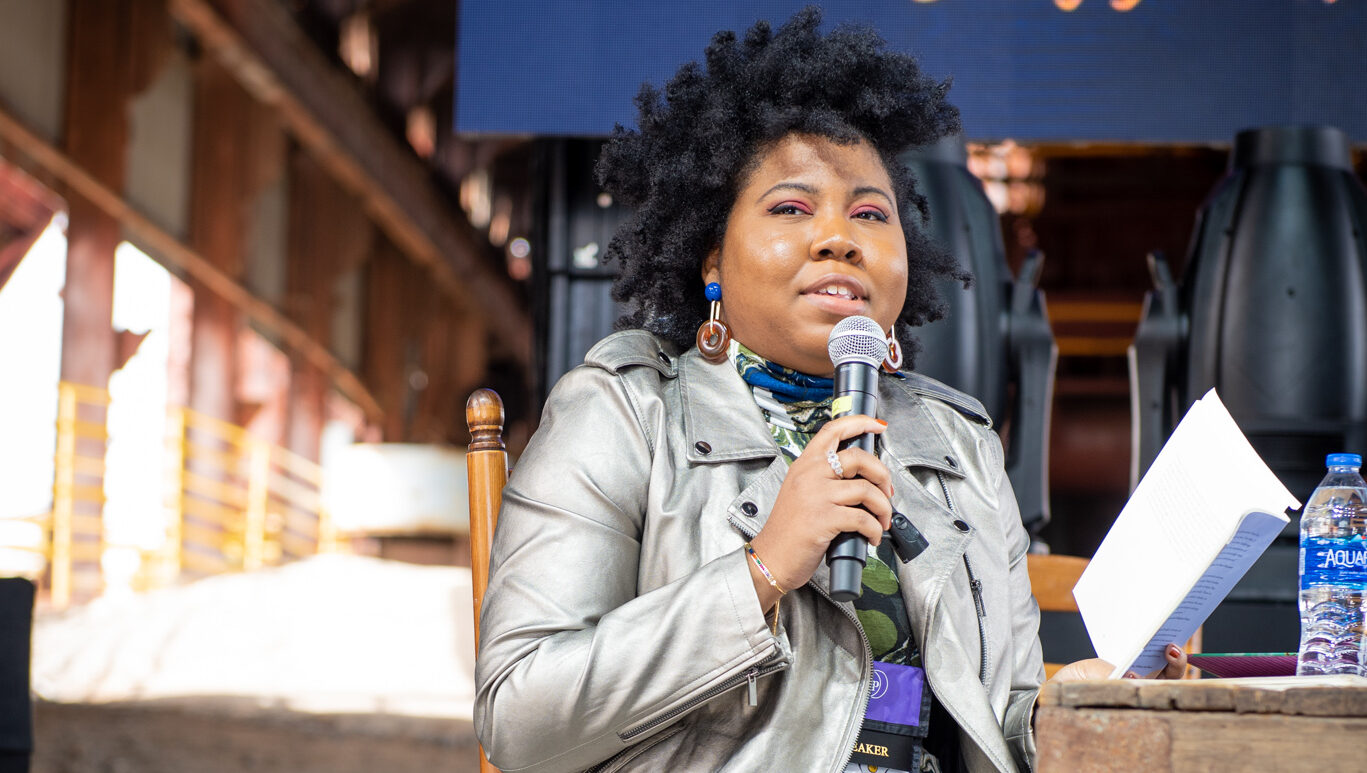 “I think we are always feeding each other and finding ways to survive. There is so much trauma. The trauma that we live through is so difficult. It’s hard to find sustenance to make it to the next day. So, we have always found a way to feed each other,” she said.

For Black people in Alabama, Jones said, that trauma was heightened during the civil rights movement and it still stings today.

Sephira Shuttlesworth recalled that, back then, Black women in the kitchen brought comfort to the bellies of those beaten, physically and mentally, during the fight for equality. 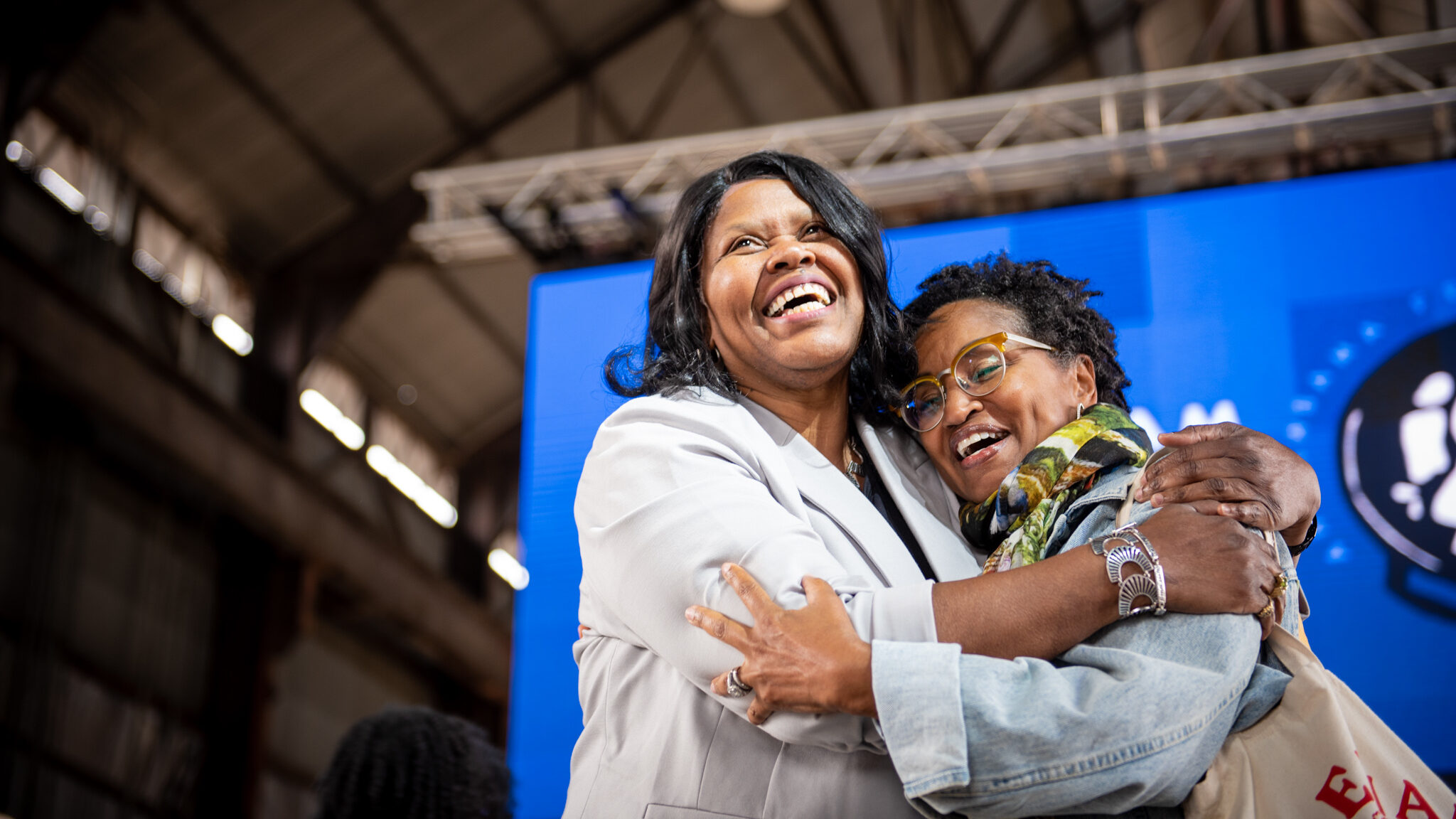 Shuttlesworth continued to fire up the crowd with her menu of comfort food born from hardship. And Doug Jones could relate. Though he admitted his life is one of white privilege, he’s had plenty of “soul feeding” moments with Black families. The message this day was that progress in the South rests in the homes of Black women.

As the discussion wrapped up, the train whistled again and Shuttlesworth began singing an old spiritual.

“I’m gonna lay down my burden, down by the riverside,” she sang.

The moment felt poetic. The images endure of sit-ins at lunch counters and civil rights leaders strategizing at meat-and-threes. But food’s full contribution to the civil rights movement was one giving people the strength to keep going while offering a balm to the soul. 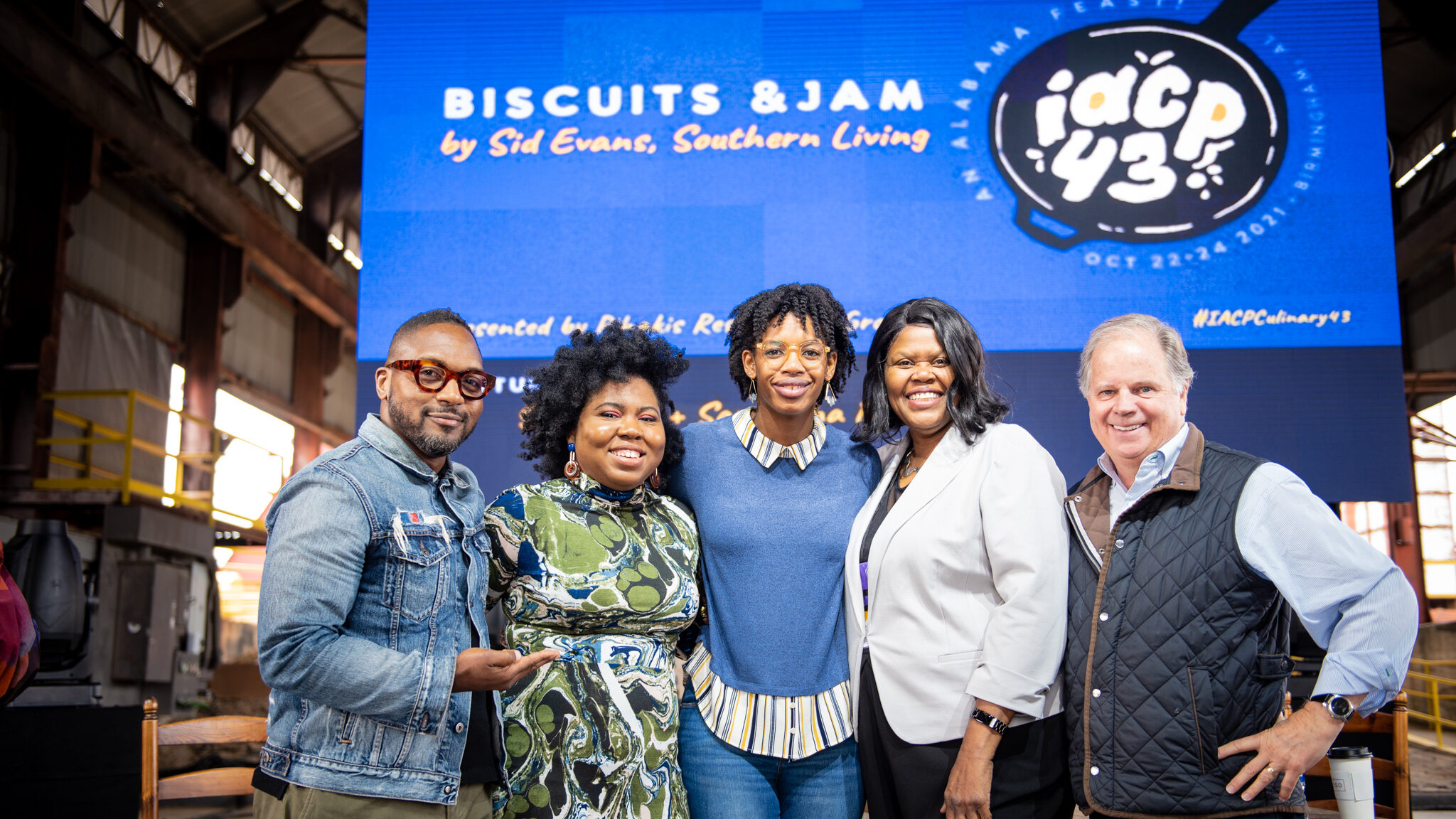