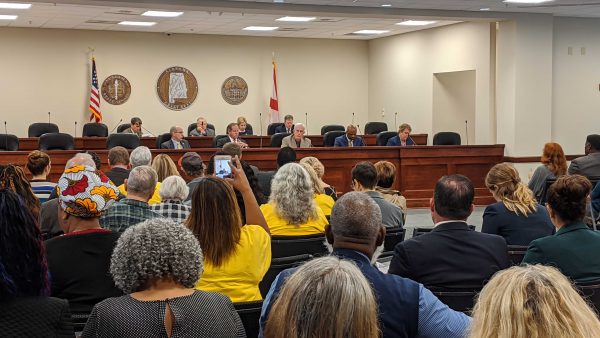 Members of the task force say they support an expansion of programs that are an alternative to prison. They also recommended an increase in mental health and addiction services. Other proposals included re-classifying some offenses to ones that would ease prison sentences.

State Rep. Chris England, a Democrat from Tuscaloosa, says he supports several of these reform efforts.

Some lawmakers voiced support for the state’s plan to build new prisons, saying new buildings are necessary to improve conditions and healthcare.

State Sen. Cam Ward, a Republican from Alabaster, says Alabama has long neglected its prisons and construction is “just 10% of the answer.” He says state leaders need to fund more educational programs for inmates, including GED and technical training.

“We can solve this if we invest in long term solutions,” Ward says.

Before Tuesday’s meeting, a group of prison reform advocates held a rally in front of the offices for the state Department of Corrections. Dothan pastor Kenneth Glasgow led the group as they marched to the state house, chanting “enough is enough.”

Advocates are calling for external oversight of the Department of Corrections, and they want formerly incarcerated people to be part of reform efforts.

The state and Gov. Ivey have faced mounting pressure to improve Alabama’s violent and overcrowded prisons after multiple inmates died in 2019. The U.S. Department of Justice released a scathing report of Alabama’s prison system.

The study group says it will release a report in the coming weeks with its final recommendations ahead of the 2020 legislative session.