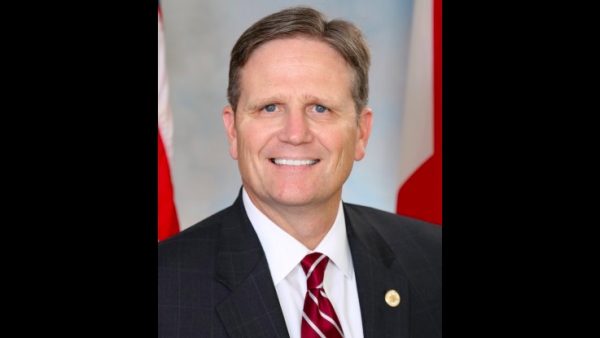 About a week ago, William Smith got a phone call from the Alabama Department of Corrections. The corrections official told Smith his son, Michael, had been injured. Michael was an inmate at Ventress Correctional Facility, south of Montgomery.

“I immediately made arrangements to go down to the hospital, and he was on life support when I got there,” Smith says.

Smith says Michael was brain dead. He died soon after they took him off life support.

Smith’s death was one of two inmate deaths announced Monday by the prison system. In Smith’s case, officials are investigating alleged use of force by prison staff. Two correctional officers have been placed on leave.

Alabama prisons have been mired in violence for some time, both violence among prisoners and involving corrections officers. But Corrections Commissioner Jeff Dunn says these latest deaths demand immediate action.

“We’re concerned about the level of violence in our facilities and we’re taking what we believe to be some aggressive steps to curb that violence,” Dunn says.

This week, Dunn created an internal task force to look into prison violence. Prison staff will be retrained in how to handle inmates, including de-escalation techniques. He says the department is accelerating plans to have correctional officers wear body cameras.

“We hope to pilot the introduction of body cameras for one of our facilities here in the very near future,” Dunn says.

Local advocates say they’re glad the department is making an effort, but they’re not completely convinced it will work.

“Are these actions just the DOC saying, ‘We’re doing something.’ Or are we looking at it from a systematic approach? Because it is a systematic issue,” activist Salaam Green says.

The Department of Corrections faces mounting pressure to reform state prisons, which are among the most violent in the country. More than 20 inmates have died this year.