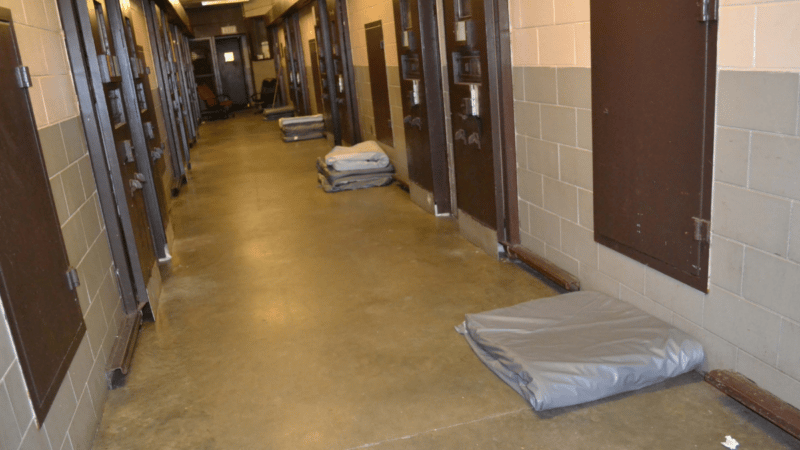 Image of a segregation unit at Alabama's Bullock Prison, where men stay during solitary confinement.

Imagine spending 22 hours a day locked in a cell for weeks, months or years.

That’s life for hundreds of people inside Alabama’s prisons, according to data published last month by Yale Law School and the Correctional Leaders Association (CLA), a group that represents prison officials in the U.S.

The report details the use of solitary confinement across the country and recent efforts to limit the practice.

“Solitary confinement is a form of corporal punishment,” said Judith Resnik, the Arthur Liman Professor of Law at Yale and co-author of the report. “It is engaging your whole body in its confinement. And it should be seen as a radical act, not as an ordinary act.”

Prison officials use solitary as a form of punishment, as a way to protect people who are being targeted in prison and for administrative purposes, such as when people first arrive at a facility and are waiting to be classified.

Resnik and fellow researchers have collected survey data on the practice since 2012.

Their most recent report, which cites data from 2021, indicates that fewer people are housed in solitary now compared to a decade ago.

“There’s been a sea change as people come to understand how dreadfully harmful isolating human beings – locking them in, leaving them without visual stimulation – is for mind, body, soul, terrible,” Resnik said. “So a huge shift in the overall picture is people who run systems are trying to get their numbers down as the awareness of harm has become underscored from a host of different venues.”

In Alabama’s prisons, more than two dozen incarcerated men have killed themselves since 2018. Most of these deaths occurred in segregation cells, where people are housed during solitary confinement.

In an ongoing federal lawsuit about mental health care in state prisons, U.S. District Judge Myron Thompson has ordered Alabama to improve living conditions for people placed in these units and better monitor individuals for signs of mental distress.

In 2021, Thompson wrote that “the combination of the lack of any meaningful activity or social contact and the stressors of living in a dilapidated, filthy, and loud housing unit for almost 24 hours per day results in a heightened risk of decompensation for mentally ill prisoners and a heightened risk of developing serious mental-health needs for those who were initially healthy.”

Data from the most recent Yale and CLA survey show that in July 2021, roughly five percent of Alabama’s prison population, or 879 people, were housed in solitary confinement for more than 15 days.

A vast majority of these people are men, and a disproportionate number are Black men. Most of these individuals stayed in solitary for a few months. But 142 people incarcerated in Alabama’s prisons have remained in solitary confinement for more than 10 years, a number much higher than most other states.

Resnik said the longer someone remains in isolation, the harder it can be for them to return to society.

“Isolating people doesn’t really make for safety,” she said. “The self-harm, the aggression toward others and the inability to function with others are things that don’t make safe. And a whole bunch of people leave prisons and need to be equipped to function.”

Resnik is hopeful about increasing support, across the political spectrum, to limit the use of solitary confinement.

On a national level, the Federal Bureau of Prisons is now required to report the number of people placed in solitary confinement. Some states recently passed laws to restrict who can be placed in isolation and for how long. And some prison systems have implemented transition programs to help people leave solitary and return to the general population or leave prison.

Officials with the Alabama Department of Corrections declined to answer any questions for this story, citing ongoing litigation.