Mississippi’s plan to stop Alabama from stealing its teachers? Pay them thousands more 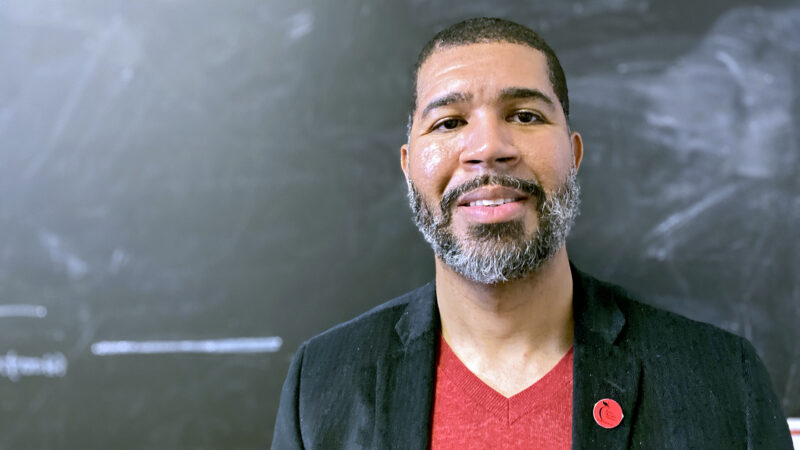 George Stewart teaches at Whitten Middle School in Jackson, Mississippi. He’s the president of the Jackson Association of Educators. Feb. 9, 2022.

Spend enough time around teachers and it won’t be long until you hear some version of this: Don’t go into teaching for the money.

Of course, that doesn’t mean teachers don’t care about the size of that paycheck. And with educators burnt out and leaving the profession, Mississippi lawmakers are considering the tactics used by other employers struggling to keep workers — raises.

Dueling plans from the state House and Senate promise to bump teacher salaries by thousands of dollars — enough to change new Mississippi teachers from being the worst paid in the nation, to getting more than the 2020 national average of $41,000.

The state hopes more money will keep teachers from leaving for neighboring states like Louisiana and Alabama to make a better wage — both considering their own salary bumps to address a national teacher shortage.

Pay, however, isn’t the only thing driving teachers away. The past two, exhausting years of COVID learning — from virtual, masked or hopscotching between both — have put extra strain on teachers. It’s also placed them at the center of political fights, along with the latest one brewing over critical race theory.

Despite this, Mississippi’s betting teachers will stay for the bigger checks even when so many other forces push them to leave.

Why pay raise talks are different this time

Some educators saw past talks about raises like a bad joke that keeps getting retold — lawmakers routinely hint at big increases only to come back with little to show in the end.

“We’ve often been teased with an educator pay raise,” said. Erica Jones, president of the Mississippi Association of Educators. “Both of these proposed bills have a significant amount of increase in them, and that’s something we’re really pleased with.”

The Mississippi Senate proposal includes $4,700 over two years, with additional pay bumps for teachers that stick around. Lawmakers in the state House have their own version of the pay raise bill, aimed at bumping starting teachers’ pay by $6,000.

Mississippi pays teachers roughly at the median household income, though other careers that usually require a four-year degree often pay much more. Cheaper southern living does help balance out the salary gap. Alabama sits near the southern average, though Mississippi and Louisiana fall thousands of dollars below.

A graduate of Ole Miss’ teaching program could make about $5,000 more by going to Louisiana or Alabama — even more, depending on what the local school district kicks in. But it’s not like Alabama and Louisiana teachers get paid big bucks either. In 2020, both states matched the national average for starting pay — but other states give teachers more as they stick around.

Salaries for Alabama teachers fall $10,000 behind the national average, and teachers in Louisiana have it worse. Louisiana Governor John Bel Edwards has called for a $1,500 teacher pay raise in his budget, while Alabama Governor Kay Ivey has proposed a similar 4% increase of about $2,100.

As a high schooler in the early ‘90’s, Shannon Eubanks’ dreams of being a teacher were shot down by the people that seemed to know best — teachers.

If you want to make money, they warned, give up the chalkboard.

“All my teachers said no, you got too much going for you,” Eubanks said.

So he took their advice and went down the chemical engineering track in college, a career that would eventually lead to a six-figure salary. Still, he couldn’t resist the call of the classroom, and at the end of his senior year, he decided to switch tracks to be a teacher.

Now, as an educator in Brookhaven, Mississippi who’s been teaching for 25 years, he’s considering retiring — at least until he heard about the possibility of a big pay raise.

Eubanks admits either bill passing might convince him to at least consider sticking around the profession a couple more years to claim the larger checks. But more than two years of a pandemic has taken a toll, and even more, money won’t stop him from retiring eventually.

“Will it stop teachers like me from leaving? It’ll pause,” he said. “It’s not going to be a long-term fix for teachers not wanting to stay in the profession.”

He’s not alone. A National Education Association poll taken in January found more than 90% of teachers have felt burnout at some point during the pandemic. More than half moved up their plans to leave education.

Instead, Eubanks thinks the extra money will mean more for new teachers, which is the same logic of the Mississippi House. Lawmakers want to give more of that money upfront because of how hard it is to keep newly trained teachers in the state.

The same day the Mississippi Senate passed its teacher pay bill last month, lawmakers approved another one — this one for the purpose of banning critical race theory, a legal framework arguing racism is embedded in our country’s laws and policies.

Now, the bill specifically said schools can’t teach students that any one race is superior to another.

Black members of Mississippi’s senate walk out of the chamber before the final vote on a bill to ban teaching critical race theory in schools and universities. The vote passed. pic.twitter.com/hLUwAn6ekL

Sen. Rod Hickman spoke up to oppose the bill and said that language doesn’t actually ban critical race theory. Sen. Michael McLendon, the bill’s author, disagreed. Now, experts believe leaving the interpretation of critical race theory and what is banned by this bill vague could open teachers up to lawsuits.

“We want to recruit Black teachers,” said Angela Urick, an associate professor in the Department of Educational Leadership at Baylor University. “And if they don’t feel safe to be in a teaching environment or a leadership role where they can be easily attacked because something is interpreted as CRT then that’s a dangerous situation for them.”

McLendon said while he didn’t know of any schools in Mississippi teaching critical race theory, the bill is designed to prevent that from happening in the future. Mississippi educators call the bill a distraction, one that risks alienating teachers — potentially causing some to quit.

“Teachers are trained in how to teach,” said Kelly Riley, executive director of the Mississippi Professional Educators. “They get very frustrated when non-educators try to tell them how or what to teach — i.e. the legislature micromanaging them.”

George Stewart, a teacher at Whitten Middle School in Jackson, thought the Mississippi Legislature was finally supporting teachers with multiple, significant teacher pay raise bills. The anti-CRT bill has him questioning that.

“The education pay bill does say we respect you,” Stewart said. “But at the same time, we want to monitor what you teach, as if we’re not capable of teaching the truth.”

Stewart said for many teachers right now, pay matters more. About 38% of Mississippi teachers said teacher pay was the top reason for the teacher shortage, according to a survey conducted in November by the Mississippi Professional Educators.

But while a bigger salary might help, Eubanks believes that support to do his job the way he knows how is just as needed.

“Without the feeling that I’m making a difference in my community and my students, the pay is not going to matter,” he said. “I can find something [else] to make money.”