School Is Still In Session In This Louisiana Parish. How Is The ‘Balance Of Instruction’ Going? 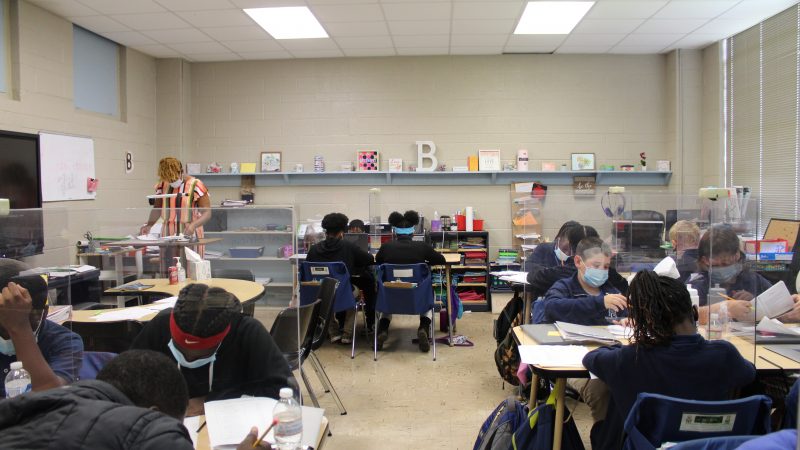 It is the middle of June, but students in Louisiana’s Red River Parish, like Jayden Young, are still waking up early every morning to catch the school bus at 7:30 a.m.

Like the rest of the district’s 1,400 students, Young’s last day of school is June 29. Summer vacation is just six weeks long and classes start up again on August 11. Young, a high school junior, said he is jealous of his friends in neighboring parishes who wrapped up in May.

“It’s definitely an adjustment. It’s taking some getting used to but the good thing is getting two weeks off every nine weeks,” Young said. “I kind of feel like … we’re little test rabbits.”

Last year, Red River Parish Public Schools became the first district in the state to do away with the traditional summer break and adopt what is known as a balanced calendar. The goal for school leaders in this rural district is to improve student performance and provide at-risk students with more consistent academic support, but some parents think that it is causing more problems than it is solving.

‘A Balance of Instruction’

Red River’s calendar change has not added any days to the school year. Instead, the long summer break students and teachers are accustomed to has been chopped up and redistributed. Under the new calendar, students attend classes for nine weeks followed by a two-week break.

Red River Superintendent Alison Hughes says the balanced calendar is not year-round school, but rather “a balance of instruction.”

In the United States there are more than 3,000 schools that operate on a non-traditional calendar, but very few are in the South.

Corinth, Missississippi has a balanced calendar that’s been in place for five years. In Alabama, the superintendent of Birmingham City Schools, Marc Sullivan, tried and failed to get one approved for the 2021-22 school year — though this year’s summer break is shorter.

After the pandemic introduced unprecedented complications for students and teachers, more educators are looking to the calendar change as a way to make up for setbacks.

While the research is mixed, one frequently cited study published in 2016 found that students, on average, lost between 25 and 30% of their school-year learning over the summer. Black and Latino students lost more than their white peers.

“We would start in August and we would spend until October or November just getting our kids back to a point where we could start new material,” Hughes said. “Our teachers were chasing their tails constantly.”

For students in the youngest grades, Hughes said the regression was sometimes so great that it would take until January to get them reading and writing again.

“That’s to nobody’s fault,” Hughes said. “It’s just the world we live in today. So we need those teachers in front of those kids as often as we can.” 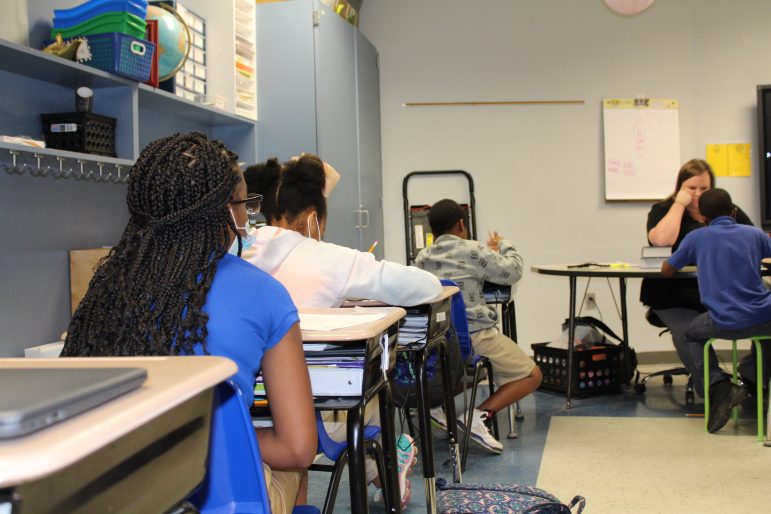 Researchers tend to agree the balanced calendar can be especially beneficial for communities like Red River. There are not a lot of summer activities for kids there. Houses are spread far apart on long dirt roads and most of the businesses downtown are closed. Internet access is spotty and the most visible signs of wealth are the city’s schools.

About 90% of the district’s 1,400 students, 60% of whom are Black and about 40% are white, are considered economically disadvantaged. Many are behind academically — 68 percent of the district’s third-grade students scored below benchmark on a state-mandated literacy screener administered at the beginning of the year.

Harris Cooper, a professor of psychology and neuroscience at Duke University, says that while switching to a balanced calendar can be a difficult adjustment for families, it has been shown to have no “detrimental effects” for students and could greatly benefit at-risk students.

Some of what Cooper said about the balanced calendar’s benefits is already proving true for Red River Parish. Over at Red River Elementary, school leaders have seen an increase in attendance this year and a decrease in discipline cases. Early test scores are showing improvement.

A ‘Mixed Bag’ Of Reactions 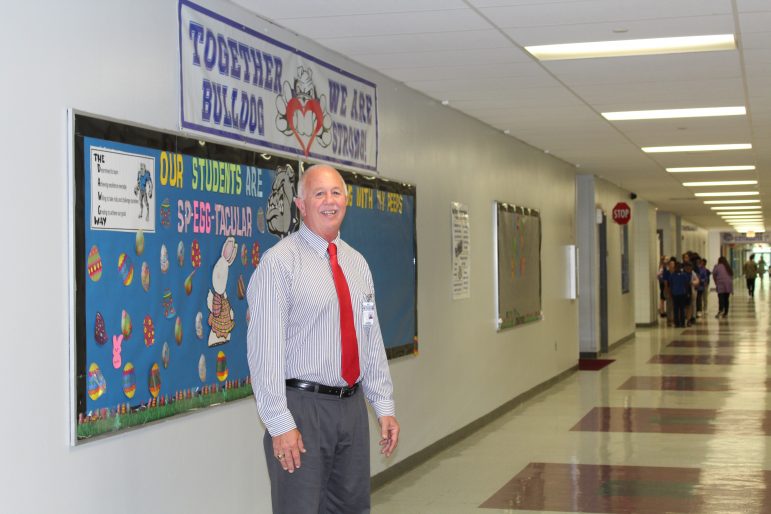 Many of the veteran educators at the school love the balanced calendar and the teachers union also backs it. But Red River Elementary principal Mike Beck said he’s still fielding concerns.

Several teachers who said they have had a hard time adjusting to the changes reached out to New Orleans Public Radio to express their dissatisfaction with the calendar, but declined to be interviewed due to concerns regarding job security.

Intha Fields, a fourth-grade teacher at Red River Academic Academy, has spent the last 19 years teaching in Red River schools. While she said she is a fan of the balanced calendar as an effective solution to longstanding problems, she said the transition to the new schedule has not been easy.

Beck says he’s heard from families who understand the value of it and those who are concerned about losing time together over the summer. “I think it’s a mixed bag,” he said. “I don’t think you’re ever going to win everybody over.”

So far, they have not. Last week, a parent started an online petition calling for an end to the balanced calendar. It received more than 600 signatures within a few hours.

Many parents believe that they should have been allowed to have more of a direct say when the calendar was first adopted. A few have suggested the need for a parish-wide vote. Others who were originally on board, said they thought the switch would be temporary or that they would at least have the opportunity to weigh in again.

Despite the turmoil, Hughes said she feels they made the change with the community’s consent. The school board unanimously approved the balanced calendar and she said parents had the opportunity to provide feedback through a variety of online methods.

Now, many are fed up and craving normalcy. The school year has never gone into June and parents argue their children are burnt out.

Some families have already left Red River schools and others are considering it. Alisha Blanchard, whose fourth-grade son attends Red River Elementary, said she and her husband have looked into changing school districts or transferring to private school.

“I don’t want to do that because Red River has been amazing as far as teachers,” Blanchard said. “He has friends and is very comfortable here, but to just be back to our normal schedule, that’s what we would do.”

While the balanced calendar has not hurt her son academically, Blanchard said she has found the two week breaks to be disruptive and thinks they could have a negative impact on student performance.

Parents, like Roxie Gray-Reliford, are also frustrated by another practice that started during the pandemic and has become intertwined with the balanced calendar. Fridays have become remote learning days to provide teachers with more time to plan lessons. 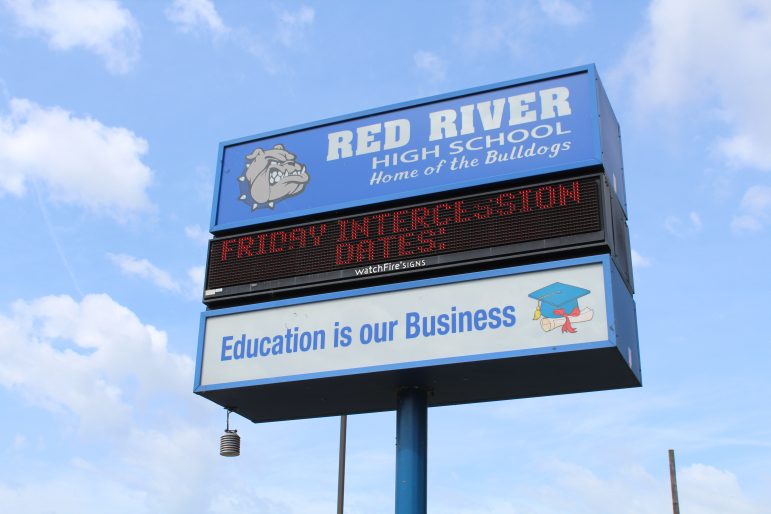 These virtual days are a big hit with teachers, but have caused child care headaches for many parents.

Reliford, a mother of three, used to work full-time, but says she quit her job in order to help her children with remote learning.

“It was a mess, because I had my oldest here trying to help the younger kids with their work, but she also had to do her work,” she said. “And it’s almost like the responsibility of being a parent and a teacher got thrown on her.”

Reliford was initially in favor of the balanced calendar, but her opinion shifted as she has watched her children struggle with the change.

“My daughter is a straight-A student. She’s never had a B. Progress report last Thursday, she got two Bs. You know they’re burnt out,” Reliford said.

Administrators have told parents to be patient. They believe the stresses families are experiencing are necessary growing pains and that the changes will ultimately benefit everybody.

The balanced calendar has been reapproved by the Red River Parish School Board for the coming year along with the remote-Friday schedule.

Hughes said she wants to keep it that way as long as she thinks it is working.

“You really just have to do this. You have to jump off the bridge and you gotta swim and you have to swim hard through the rough waters and coast in the calm waters,” she said.

Hughes had been wanting to implement a balanced calendar for a long time and managed to make the switch in the middle of the pandemic.

“I want to say that COVID helped us,” Hughes said. “People were in the midst of chaos and change already, so we implemented a big change during another big change.”

The pandemic has pushed district leaders, like Sullivan in Birmingham, to call for big structural change to address unfinished learning and pre-existing inequalities. Despite his frequent appeals and use of sobering statistics — 70% of Birmingham City Schools second graders were at least one grade level behind after the pandemic — families and school board members were not convinced.

“Oftentimes people are afraid of doing something different. They’re afraid of change,” Sullivan said. “I think once they get to experience it, I think they will want more of it.”

Sullivan said he sees next school year’s calendar — a compromise between the balanced calendar and their traditional schedule — as an important stepping stone. There are now one week breaks between each quarter so students can receive additional support and summer break is shorter by several weeks.

“The pandemic, if it has had any positive effect on education, it could very well be that it’s loosened up our thinking about what a school year should look like,” said Cooper, the balanced calendar researcher.

Red River was the first district to make the change in Louisiana. Its neighbor, Webster Parish, has approved its own balanced calendar for the coming year, while a similar effort in another nearby parish failed.

Districts attempting to make the change have cited the support of Louisiana State Superintendent of Education Cade Brumley, who is a big balanced calendar fan.

While he is not pushing schools to take the plunge, he is trying to make the process easier and is currently working with legislators on plans for a state-wide pilot program.

In an interview, Brumley said he knows the change may not be right for every district, but he hopes they will seriously consider making the switch if it is truly in the best interest of students.

“We need to recognize that Louisiana nationally is 48 or 49 when it comes to educational outcomes,” Brumley said. “I just don’t think we can sit back and say we’re never trying anything new.”

“I believe that everybody is watching to see if I fall on my face or if we do well,” Hughes said. “We’re going to do well.”

This story was produced by the Gulf States Newsroom, a collaboration between WWNO in New Orleans, Mississippi Public Broadcasting, WBHM in Birmingham, Ala. and NPR.