Black homeschoolers in Birmingham have found a community together. Kris Williams leads a group of students in discussions about leadership.

When you google “homeschoolers” most of the images that pop up show white, evangelical families. But there’s new evidence that the face of homeschooling is changing. Data from the 2020 Census Bureau’s Household Pulse Survey shows the number of Black families homeschooling has gone up five-fold in the last year, and it’s no different in Alabama.

When Jennifer Duckworth and her husband started their family 10 years ago, homeschooling was something they were always curious about, but it wasn’t until her oldest son was ready to go to kindergarten that they decided to start.

“My son, being a young Black boy with positive self-esteem about himself, can sometimes be threatening, for lack of a better word, to some teachers,” Duckworth said. “They’ll create an identity for the Black and brown children that they don’t even realize they’re doing.”

Duckworth was concerned that if her son were in public school her usually social and talkative child would start to withdraw. The 10-year-old said he feels safer homeschooling with his two younger sisters, Carleigh and Phoenix.

“It just feels great to be around kids like me so you don’t always have to be alone, like the odd person out,” Alexander said.

They didn’t see many other kids that looked like them when the Duckworths started homeschooling six years ago. That’s why their mom co-founded the Black Homeschoolers of Birmingham so other Black and brown homeschooling families could find a supportive community.

“The African-American and African culture, we are the culture that has been homeschooling our children since the beginning,” Duckworth said. “And so I feel like it’s just in our DNA.” 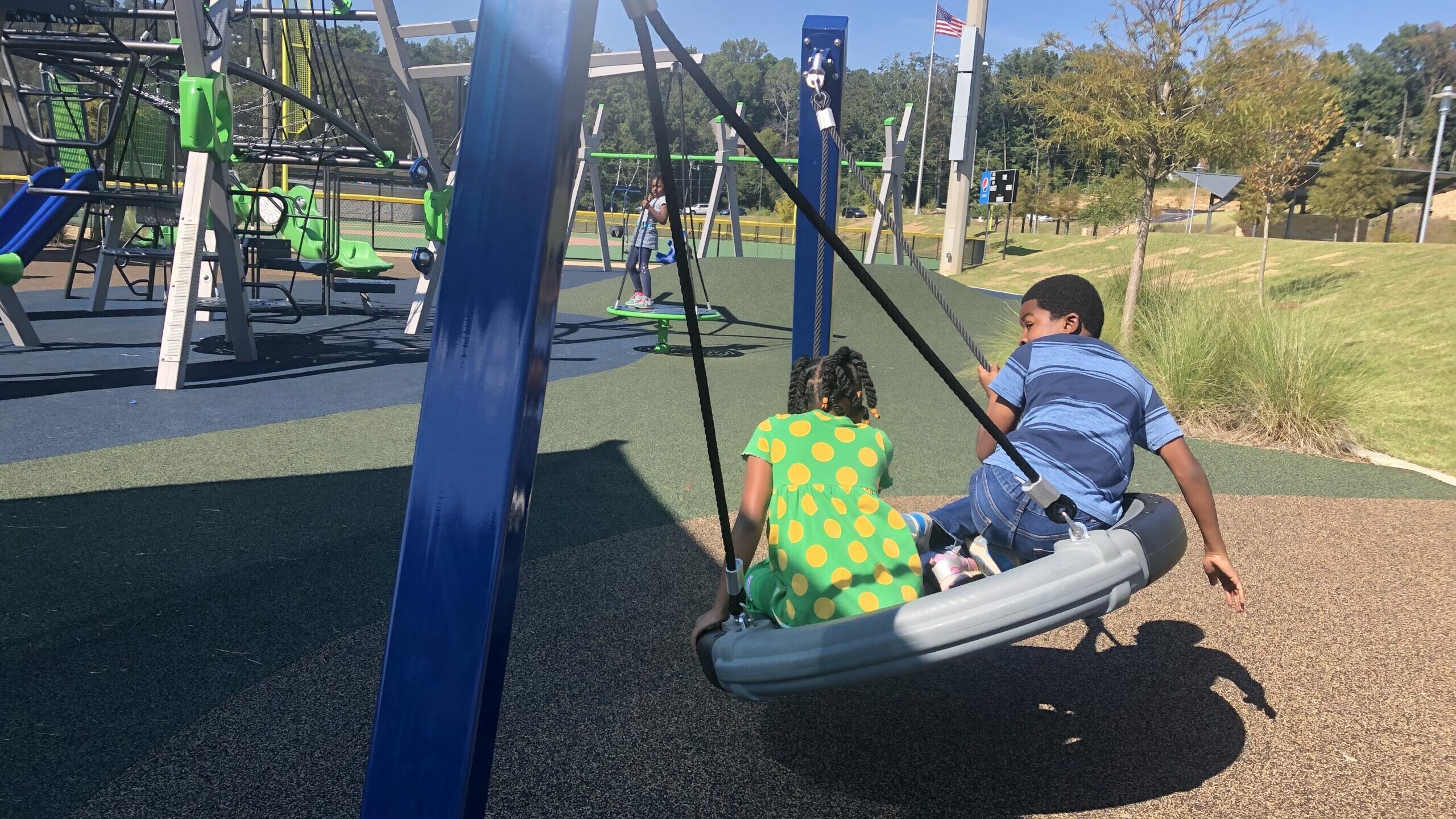 Kyra Miles,WBHM
The Duckworth’s have been homeschooling for six years. Trips to the playground are part of their weekly schedule.

It Takes A Village

For hundreds of years, it was illegal in the United States for Black people to even learn how to read, so any education or knowledge was shared within the community.

“The history that’s taught is that we’ve tried through Brown versus Board of [Education] to get access to schools and schools are integrated,” said Cheryl Fields-Smith, a professor at the University of Georgia studying Black homeschooling and its cultural significance. “And that’s true. But we’ve also always been self-taught.”

While virtual learning due to COVID-19 may have pushed families into homeschooling, Fields-Smith and several families told WBHM that homeschooling is a way to combat educational racism, which comes in many forms.

“We all know that there are structures and policies and practices within our traditional schools that can be damaging to students of color, Black students in particular,” Fields-Smith said.

In fact, Fields-Smith studies how Black mothers use homeschooling as a form of resistance against educational racism.

“We are combating the leftovers from slavery,” Fields-Smith said. “This idea of white supremacy and the inferiority of Black people lingers today … We are overcoming racism through homeschooling. I don’t think white people can say that.”

While there’s been a rise in Black homeschooling, there’s also been a backlash against critical race theory and teaching Black history in public schools. Earlier this year, Alabama and a handful of states banned critical race theory in classrooms. Black history is not mandated in the majority of curriculums in America, and it is usually reserved for Black History Month. In response, some Black families have decided to take their kids’ education into their own hands.

“Black families, they understand now that they don’t have to be trapped in a system that over-polices them, that marginalizes them, that makes their children feel criminalized for just being who they are,” said Yalonda Chandler, the other co-founder of the Black Homeschoolers of Birmingham. “It’s freedom for us.” 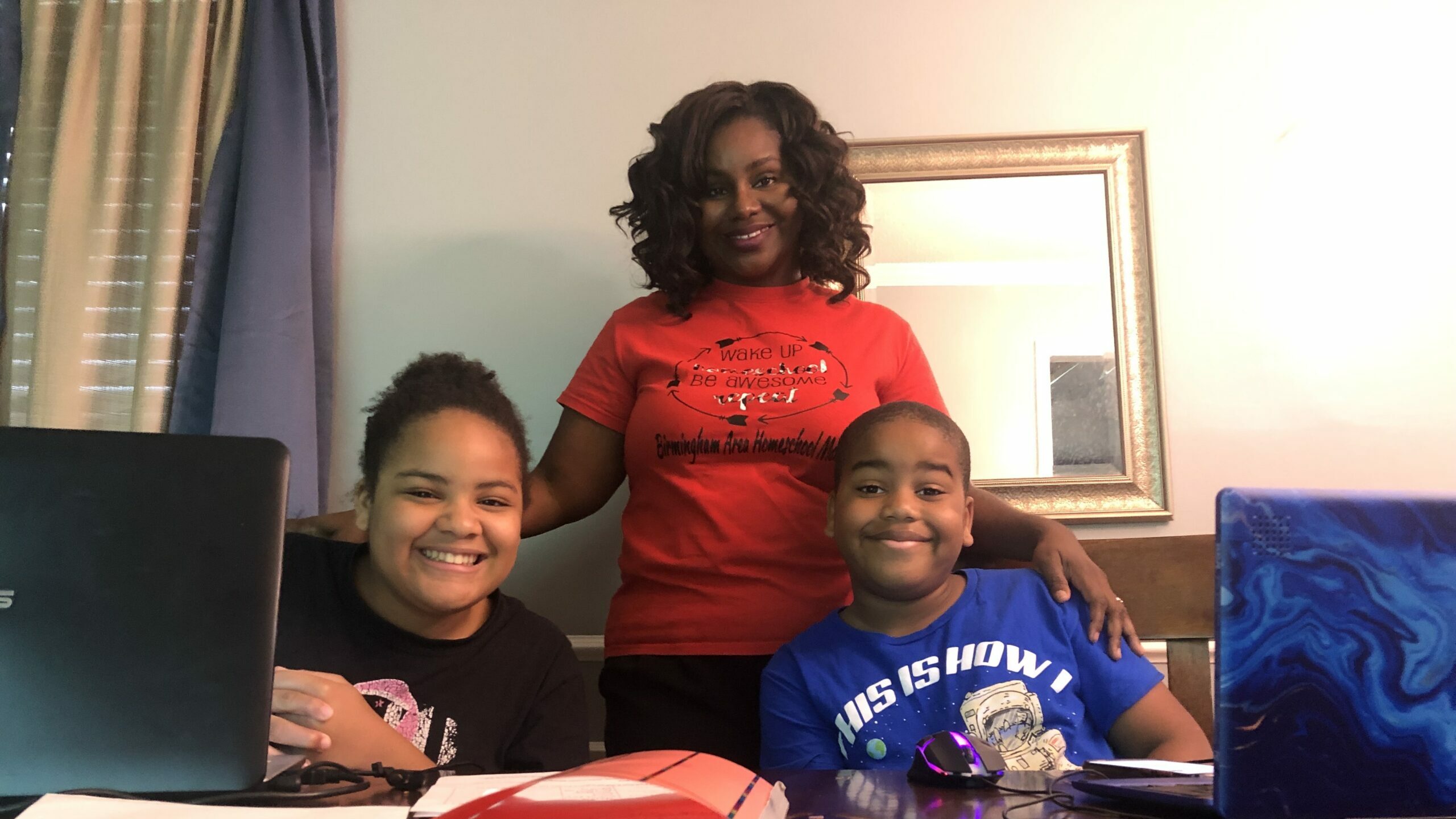 Kyra Miles,WBHM
Yalonda Chandler started homeschooling her children, Matthew and Madison, when she felt like their teachers weren’t challenging them enough.

Sequoia Watters-Parrish had always planned to homeschool, but the pandemic pushed her into it earlier than expected. She said she didn’t imagine the amount of support she’d receive.

“I really think African-American families thought that they would be alone if they homeschool,” Watters-Parrish said. “They had no outreach but [there are] so many resources out there.”

Through the Black Homeschoolers of Birmingham, Watters-Parrish said she was able to find a community of kids who didn’t make her son feel different because of his race. They often take field trips to museums or zoos together.

Another parent, Alfrea Moore, said homeschooling her children for the last three years has given them the freedom to ask questions and learn without a strict curriculum. It’s also allowed them to connect with their culture.

“The thing about homeschooling in the South as a Black family that I’m finding is that there are a lot more of us than we actually know of,” Moore said. “When we moved to get my kids to interact with other kids, there are networks of homeschoolers and Black homeschoolers in not just this part of Alabama where we live, but all over.”

Since 2020, thousands of families have joined the National Black Home Educators, according to Joyce Burges. She founded the group with her husband 21 years ago to center Black history in homeschooling.

“I think you’re going to see more and more parents, Black parents, homeschooling their children like never before,” Burges said.

In just three years, the Black Homeschoolers of Birmingham has grown from two families to 70.

One of their new members is Didakeje Griffin. When she and her husband realized their kids wouldn’t be going back to school in March 2020, they knew they had to make a change.

“It was like a light bulb moment,” Griffin said. “Ultimately, what I realized is that the pandemic just gave us an opportunity to do what we needed to do anyway, which is homeschooling.”

The mother of two said that she’d always been coaching her kids at home to keep them on track. But three things made her decide to start officially homeschooling. First, she wanted her children to be safe from bullies. She also wanted them to understand their cultural history. And the third: freedom.

“I want to have time to cultivate my children’s African-American, their Nigerian history and culture in them first before anybody tries to tell them who they are,” Griffin said. “So really, COVID, it was the catalyst, but it has not been the reason that we kept going.”

The Griffin family celebrates Juneteenth more than July Fourth. They have discussions about the Black Lives Matter movement and talk about critical race theory with their 11 and 8-year-old children. She sees homeschooling as a way to protect her children.

“I don’t want my kids to be subjected to racism in certain ways so early,” Griffin said.

Griffin said she is concerned that traditional public schools may push back against Black homeschoolers. But for now, she said homeschooling has been the best decision she’s made for her children’s education.

Editor’s Note: This story has been updated to clarify Alexander Duckworth was never enrolled in public school.