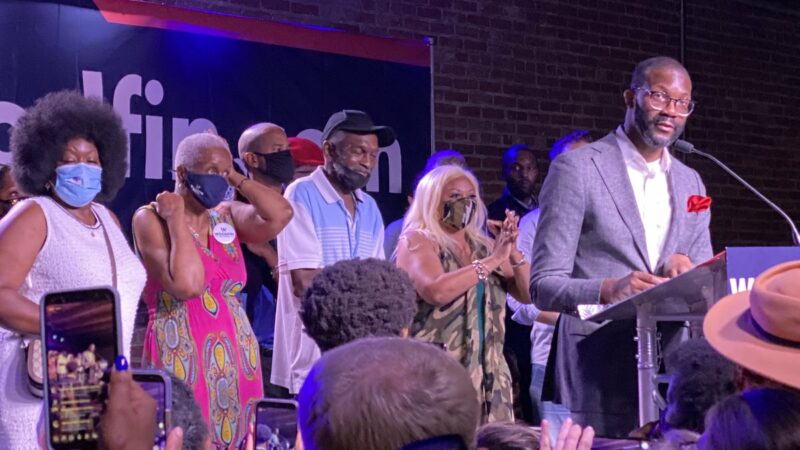 Birmingham Mayor Randall Woodfin was elected to another term Tuesday evening, taking in roughly 64% of the vote.

Jefferson County Commissioner Lashunda Scales trailed behind with around 21% of the vote and former Birmingham Mayor William Bell behind her with 9% of the vote.

But voter turnout remained low in this year’s election, with only 25% of active voters casting a ballot.

Woodfin took the stage to chants of “four more years” at an election night watch party with supporters.

Woodfin plans to accomplish a variety of things as part of his ‘Vision 2025 Plan.’ Some of these include: