Jay Town Resigns As U.S. Attorney Of The Northern District Of Alabama 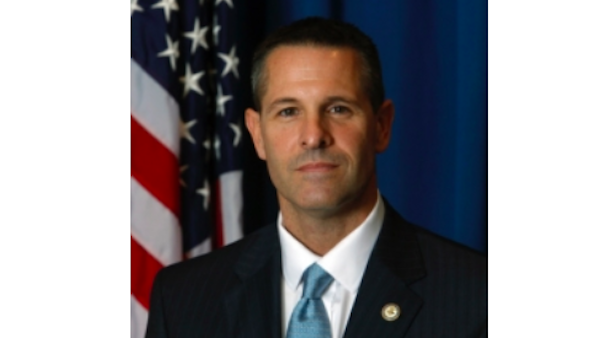 U.S. Attorney Jay Town announced Friday he is resigning from his position with the U.S. Department of Justice.

In a statement, Town said his decision comes after “much thoughtful prayer and great personal consideration.”

Town is taking a position with a privately held defense contractor and cybersecurity solutions company in Huntsville. He said this job operates in both the government and commercial sectors and will allow him to work closer to home.

Town, 46, has served as U.S. Attorney of the Northern District of Alabama since 2017 after he was nominated by President Donald Trump.

Town’s career as U.S. Attorney includes reviewing the case of Emantic “E.J.” Bradford Jr., who was shot and killed by a Hoover police officer in 2018 on Thanksgiving night and a recent investigation into an alleged hate crime against NASCAR driver Bubba Wallace at Talladega Superspeedway.

Town also handed down indictments against Balch & Bingham partners Joel Gilbert and Steven McKinney, and former Drummond Company vice president David Roberson, for their convictions in a bribery scheme related to efforts to clean up pollution around north Birmingham. He also released a number of statements over the years including his support of a compassionate early release for former Birmingham Mayor Larry Langford’s prior to his death.

“I have been humbled and honored to lead the dedicated men and women of this office that work tirelessly each day. I have also been so very fortunate to admire the brave men and women of law enforcement – local, state, and federal – who serve this District so honorably and truly are the very best among us. I believe our collective efforts have made the Northern District of Alabama safer,” Town said in a statement.

U.S. Attorney General William Barr will announce his replacement in the coming days or weeks, according to Town. His resignation goes into effect Wednesday, July 15.