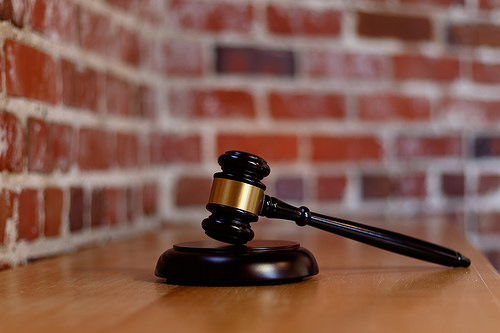 An attorney with the Birmingham firm Balch & Bingham and an executive with coal company Drummond have been found guilty of bribing a state lawmaker to prevent the Environmental Protection Agency from expanding a Superfund toxic cleanup site around north Birmingham.

“We’re obviously pleased with the verdict. We believe that justice was done,” said Assistant U.S. Attorney George Martin, who led the prosecution. “We’re happy for the citizens of north Birmingham. Someone is finally speaking on their behalf.”

The EPA had designated part of north Birmingham as a Superfund site because of elevated levels of arsenic, lead and other substances in the soil. Such toxins are linked to coal production. The EPA notified Drummond and four other companies they could be held responsible and face millions of dollars in cleanup costs.

Prosecutors argued Drummond hired Balch & Bingham to oppose efforts to expand the Superfund site and to add the area to the National Priorities List, which would have fast-tracked the cleanup effort. They say Drummond’s Roberson and Gilbert bribed then-state Representative Oliver Robinson through a secret consulting contract in exchange for Robinson’s help opposing the EPA’s effort. Prosecutors say Robinson’s payments totaled $360,000. Robinson had pleaded guilty and testified for the prosecution.

A third defendant, Balch & Bingham attorney Steven McKinney, was dismissed from the case earlier this week. Judge Abdul Kallon did not comment on the dismissal.

Drummond officials released the following statement after the verdict.

“We are disappointed by the jury’s decision to convict our employee, David Roberson. While we respect the judicial process, we consider David to be a man of integrity who would not knowingly engage in wrongdoing.

“When an environmentalist group raised allegations regarding our operations in the Birmingham area, Drummond responded by hiring one of Alabama’s most well-respected environmental law firms. As testimony in the trial showed, we were assured the firm’s community outreach efforts on our behalf were legal and proper.”