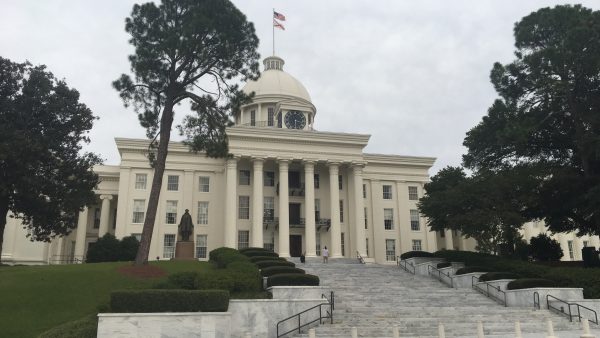 The clock is ticking for Alabama to spend its remaining COVID-19 relief funds. In May, the state received nearly $2 billion from Congress.  State finance officials are expected to give an update on the remaining funds this week. Meanwhile, dozens of organizations are urging Gov. Kay Ivey to use the money to help with immediate needs across the state. But getting aid to the organizations that need them is not an easy task.

Alabama has more than $800 million of coronavirus relief funds left and it must be spent by the end of December. Any remaining money will go back to the federal government.

Robyn Hyden, executive director of Alabama Arise, said the people who need this aid the most aren’t receiving it. Hyden said there’s a lot of red tape holding up the state’s relief funds.

“The way the CARES Act was written, these funds don’t have an easy route into the hands of directly impacted people,” she said. “The most direct assistance we’ve seen states do with this money is to provide rental assistance.”

Lately, Gov. Ivey has been on a spending spree. She recently announced a $200 million program to help businesses, nonprofits and faith-based organizations that have been impacted by the pandemic. Ivey also allocated more than $3 million for the Alabama Feeding Initiative.

The state has designated millions more to be divided among state agencies, nursing homes, colleges and universities and dozens of statewide programs.

Kelly Butler, Alabama’s finance director, said there’s no red tape; his office is just following the rules set by the U.S. Department of the Treasury.

“The state is trying to do as many things statewide as we can, and that’s why almost all of our grant programs have required people administering them and running them to make them available to as many entities as possible,” he said.

Butler said his staff is evaluating the spending plans of each program to determine how much will be used. He said if entities that were awarded money don’t spend their relief dollars, that money will go somewhere else. But as of now, he said the remaining funds will most likely go towards reimbursements.

Hyden said the complicated nature of the approval process limits the ability of nonprofits and some government agencies to obtain relief aid.

“They have to prove that the money was needed directly as a result of COVID-19, and cities and municipalities and state agencies have to have already spent the money,” she said.

Josh Carpenter, director of Innovation & Economic Opportunity for the city of Birmingham, said Alabama needs to get creative with its spending. With record-breaking unemployment numbers across Alabama, Carpenter approached state officials to request at least $125 million for a statewide workforce grant.

“And cities could apply, often as public-private partnerships, to actually get funding to make sure that workers who had lost their jobs had the opportunity to obtain new forms of education so that they could get quality jobs in another sector,” he said.

Butler said workforce development is important, but there are specific regulations on how relief funds should be spent. In addition, Butler said the CARES Act allocated money directly to Jefferson County. The city of Birmingham was able to obtain some relief money there.

“Basically, the idea was for the state to handle all other local governments and for Jefferson County to handle the cities inside of Jefferson County,” Butler said. “And that was the understanding that we just felt like was our primary point of purpose and what we got these dollars for.”

Butler said he’d like to see Congress extend the spending deadline into 2021, but as of now, state officials are working tirelessly to get the money out under the rules in place.