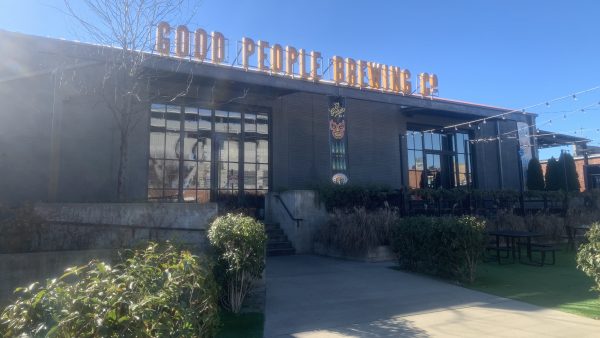 Alabama’s restaurants, bars and breweries are reopening for dine-in customers in varying degrees.
Gov. Kay Ivey’s updated “safer-at-home” order allowed these establishments to reopen beginning Monday. She has stressed they must continue to meet safety guidelines.

Some business owners were quick to open their doors, but others are sticking with curbside service only.

The staff at Good People Brewing Company were anxious to get back to work. Like most restaurants and bars across the state, the brewery was limited to curbside service for nearly two months. Owner Jason Malone said his team discussed the looser restrictions and decided what they were comfortable doing.

“It’s quite similar to how we’ve been doing to-go sales,” he said. “The only difference is now customers have the option of hanging out at one of our six feet distanced outdoor seats.”

The taproom will remain closed, he said. Staff will still wear masks and gloves and transactions will be contactless. Customers won’t have to exchange cash or credit cards.

“You open a tab on your app and basically tell the bartender what you want and you just continue to order as you would any other time by speaking  with your bartender and when you want to close out your tab, you just take care of that on the app,” he said.

Malone said their patio is big enough to space out customers but many restaurants don’t have that luxury. Kristen Hall is one of the owners of The Essential in downtown Birmingham. Her restaurant is small and intimate; there isn’t much room to space tables six feet apart. Hall said they won’t be opening their dining room any time soon.

“I think the challenge is that hospitality at its core is close,” she said. “It’s conversational. It is all about an experience with another person.”

She said that experience is what encourages people to visit a restaurant.

Ivey’s safer-at-home order requires that social distancing rules remain in place and businesses limit crowds based on capacity. Hall said no matter what the governor says, it’s just not safe to fully open their restaurant right now. Instead, The Essential will depend on take-out from their side patio.

“We’ll be back when we can be,” she said. “In the meantime, we are enjoying seeing friendly faces and lots of regulars on the weekend. That’s keeping things alive.”

Hall also owns Bandit Patisserie in Homewood. She opened it last year, but says it will remain closed until further notice.  Suzanne Humphries Evans is one of the owners of Automatic Seafood, which just celebrated its first anniversary. The restaurant was recently named a finalist for a James Beard Award, but Evans said they’ll keep their dining room closed for now.

“We can’t wait to get back to doing what we opened our business to do,” she said. “We miss it and the business aspect. We certainly need to get back there, but not at the risk of our staff and our community and our team’s safety.”

Automatic Seafood furloughed most of its servers. But Evans said the last thing she wants to do is bring them back prematurely. She said, based on information from local health officials, it’s not safe to provide a space where multiple people can gather. So for now, they’ll just continue offering take-out each night. It’s a more cautious, phased approach that many restaurants and bars in the Birmingham area may be taking.