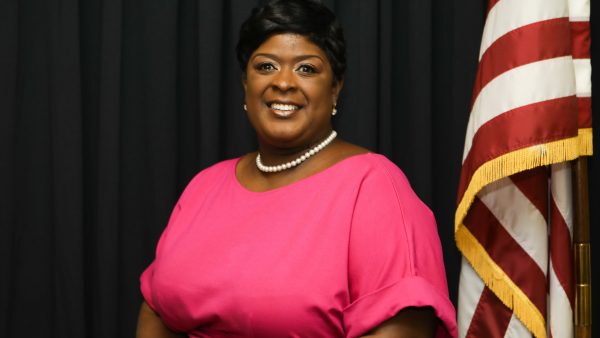 Birmingham school Superintendent Lisa Herring is leaving to become superintendent of Atlanta Public Schools. She is expected to remain head of Birmingham City Schools through the end of May, at which point she will return to her home state of Georgia.

The Birmingham school system announced Tuesday Herring has been named the “sole finalist” for the post in Atlanta.

A native of Macon, Herring told AL.com the move to Atlanta is “something like a homecoming” though accepting the position was still “bittersweet.”

Herring assumed her role with Birmingham City Schools in May of 2017, replacing interim Superintendent Larry Contri. She was previously chief academic officer at Jefferson County Public Schools in Louisville, Kentucky, which has more than 100,000 students, four times more than Birmingham’s 23,000. Herring’s contract with BCS was renewed in 2018 and was set to last through 2022.

During her tenure, she increased Birmingham’s grade on the most recent Alabama Education Report Card from an “F” to a “C.” Her most lasting contribution, however, may be regaining full accreditation from AdvancED, a private accreditation firm. The system was put on probation in 2013, largely a result of infighting between former Superintendent Craig Witherspoon and the Board of Education. Regaining systemwide accreditation required many steps that proved difficult for years, such as increasing cash reserves and improving governance structures across the system.

Herring’s tenure received high praise from both the president of the Birmingham Board of Education and Mayor Randall Woodfin.

“If I’m being honest, this kind of saddens me,” Woodfin said of Herring’s departure. “I consider her a friend and a peer in leading change in a system that has struggled to live up to its promise.”

When Herring steps down, the school system will once again be tasked with finding a new leader, the 11th in just 21 years.