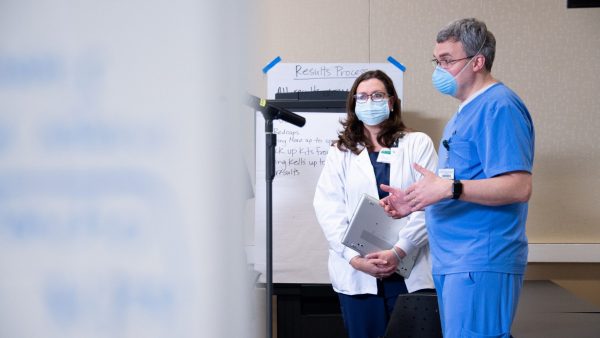 Under Governor Kay Ivey’s “safer-at-home” order, doctors can resume elective medical and dental procedures. The governor lifted some of the restrictions April 30.  For some patients, that’s good news. Many are rescheduling appointments, while others plan to wait a bit longer.

Two weeks ago, Marliese Thomas had her first telemedicine appointment.

“It was a good experience,” she said. “It was with a dentist I’m seeing at the moment. Thankfully it was just a follow-up, to see how I was doing with TMJ.”

Temporomandibular joint dysfunction (TMJ) is a disorder that causes pain when moving the jaw. It’s one of the few chronic conditions affecting Thomas.  She said under normal conditions, she would see her physician specialists twice a year but due to the pandemic, those appointments were pushed back.

Now that doctor offices are rescheduling appointments, Thomas is playing catch up. Later this month, she’ll see her cardiologist.

“I was shocked that they were able to get me in that quickly because in the past there have been times that I’ve called to make an appointment and it has been multiple months,” she said.

Thomas got lucky. Many doctors’ offices are dealing with a major backlog.

Dr. Miles Gresham is with Gastro Health, a medical group specializing in gastrointestinal disorders and digestive health. He says the coronavirus has had a dramatic impact on their offices.

“It’s not just that backlog that we would need to catch up with, but it’s all the additional cases that came to our attention, via telehealth in the last six weeks,” he said.

Gastro Health opened its doors to patients this week. But Gresham said they are being strategic with scheduling appointments.

“We’re scheduling through May and early June,” he said. “Some of it is we want to avoid having a large number of patients on the schedule if we get another order from the governor saying ‘we need to shutdown’ we want to try to have as little disruption as possible.”

David Thomas hoped he wouldn’t need an emergency dental procedure. Thomas, no relation to Marliese Thomas, said he’s been putting off a routine dentist appointment since late December. He’s a firefighter and spends his off days catching up on his rest. Now, his situation is getting worse.

“I actually did chip a tooth right before this happened,” he said. “You don’t realize how important it is to do it soon until something like this happens.”

Thomas said even though he should see a dentist soon, he doesn’t feel safe going in and said he’d rather wait a little bit longer.

“No matter what opens up, I’m staying home,” he said. “I’m not going out where there are large crowds of people who are unprotected or unmasked or ungloved or anything like that.”

Although many doctors’ offices are screening patients for coronavirus symptoms before and after appointments, for David Thomas, it’s just too soon.