Some Million Miles: A Search for Redemption 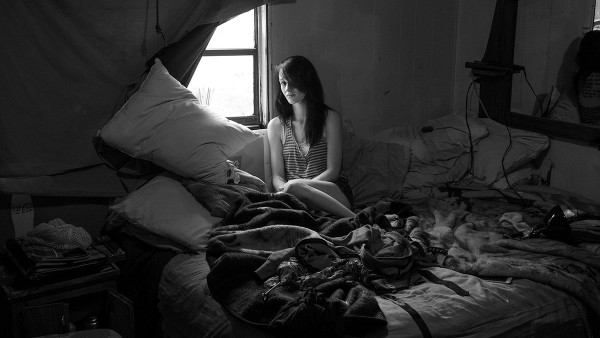 Photo by Jared Ragland, from the series GOOD BAD PEOPLE: Methamphetamine Use in Marshall Co., Ala.

Photos can help us understand people who aren’t like us. But Birmingham photographer and filmmaker Jared Ragland says they can also reinforce stereotypes. The short documentary film “Some Million Miles” takes a hard look at a rural community atop Sand Mountain in northeast Alabama ravaged by drugs and poverty. Ragland co-directed the film with Adam Forrester. It screens this weekend at the Sidewalk Film Festival. This series of confessional vignettes documents the lives of three people struggling with methamphetamine use. Ragland says the documentary stems from a photo project he started years ago highlighting marginalized characters.

Why create a short documentary?

“The film was really born out of the desire to extend the narratives to bust through those single pictures that can be beautiful but also really limiting; that can open up ideas but also reinforce stereotypes. And so we wanted to use the film as a way to facilitate the voice of our participants beyond the single image, to hear directly from them, to step further into their lives and provide our audience with a way of seeing, perhaps more fully than a photograph can reveal, what their lives are like and what their struggles are and who they are and where they are.”

What’s the storyline behind “Some Million Miles?”

“The short documentary that’s co-directed by filmmaker Adam Forester and I, in many ways the film as an extension of the photo project provides some context in terms of almost where are they now a couple of years after the initial photo project was was completed, we kind of go back to Sand Mountain and we see where some of our participants are now.”

What were some of the difficulties you faced while filming the documentary?

“One of the most difficult parts of the project, both the photo project and now the short film, has been navigating the personal relationships that have been built over years of time. These people have become our friends and we’ve stayed in touch and so it’s a very difficult thing to see your friends go through such hardship. I would say that’s probably the most difficult part about it. But then also finding the right way in which to convey those hardships along with the successes and the victories, the good and the bad; navigating that tension, the back and forth between the drug use and the poverty, the ugliness but also, the beauty in these people’s lives as well as the beauty of Sand Mountain and the geography there has also been something that has caused us to have to navigate carefully through the creation of the project.”

Ragland’s “Some Million Miles” will make its Alabama premiere during this year’s Sidewalk Film Festival.

Editor’s Note: Sidewalk Film Festival is a program sponsor on WBHM, but the news and business departments operate independently.