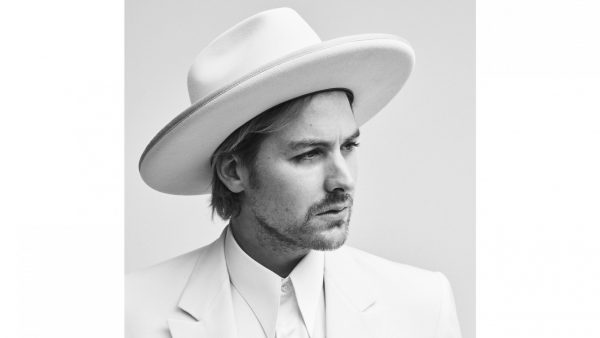 Singer-songwriter Jamie N Commons kicks off a tour of the South this weekend with headliner Jacob Banks. Commons is known for his creative blend of rock and soul. He was born in England and spent much of his childhood in Chicago. Commons will give an acoustic performance this weekend in Birmingham.

What genre has made the biggest impact on your music?

“I think everything I do comes from blues. Even if it kind of comes out the other end sounding a bit more pop, especially with vocal melody. Even if it comes out different, I think it always comes back to that. That kind of emotion, the feeling of the blues or whatever. Which you know is a long tradition I think of English kids, you know like the Rolling Stones and Led Zeppelin and The Beatles. There’s something really fascinating about American blues to the English kids growing up. I mean I think it’s because it’s so different to how you grew up in England. It’s such a romantic kind of intensity about all those recordings. So yeah, I think I’ll just continue that tradition of English kids loving blues and trying to play it and getting it wrong and hopefully coming up with something slightly different.”

“Well it actually started in a very random way. I was watching the 1998 film Titanic which was just on TV or whatever. And it’s just that bit at the end with Rose and Leonardo DiCaprio where it was just like “I’d never let go” and then she lets go (which no one ever talks about, which is weird). For some reason that phrase just stuck with me. I was in a writing session the next day just going around with melodies. I always write melodies and then figure out what they sound like words-wise and for some reason “won’t let go” really fit.”

“I’ve been doing quite a lot of writing for the people and I’ve been working on a few different projects for TV and film and video games and stuff like that. So I’m kind of collaborating with a few film school people at the moment which has been really, really fun. Because they write these almost classical sounding pieces. And then you’ve got to kind of force some lyrics in there and it’s not normal pop structure. So it’s been really fun doing that. And then beyond that, doing some stuff with some DJ’s would be really quite fun as well.”

On performing in front of new audiences:

“The whole point of doing all those things is to just win over the hearts and minds, as the politicians say, but we just have a great time doing it. And because it’s an acoustic set you know I can be a lot looser up there. I get to do a lot of chatting and then we get to stick around and watch Jacob Banks’ show and meet everyone.”