Hoover Grapples with Unrest as Questions Remain Around Mall Shooting 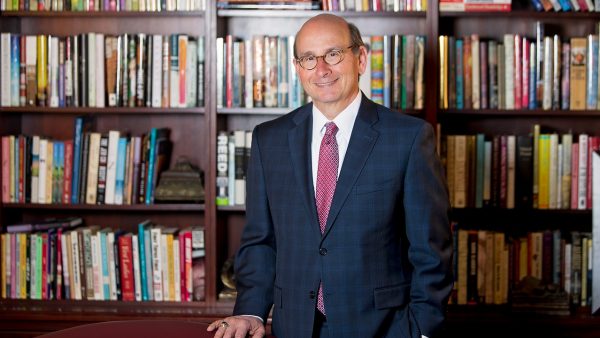 In the weeks after the fatal police shooting of Emantic "EJ" Bradford Jr., demonstrators called on Mayor Frank Brocato to resign. He says he's saddened to hear some characterize the city as racist.

Eighteen days after a young black man was shot and killed by a Hoover police officer at a busy mall, many unanswered questions remain. Emantic “EJ” Bradford Jr. was initially thought to be the gunman in last month’s shooting that injured two people. But officials said later he wasn’t the one. The Alabama Law Enforcement Agency (ALEA) is handling the investigation. For more on why so little is known, WBHM’s Gigi Douban spoke with Hoover Mayor Frank Brocato and City Manager Allan Rice about the aftermath of the shooting, including the investigation, claims that city police are racist, and the long healing process ahead.

In a media briefing just a couple of hours after the Thanksgiving night shooting, the mayor, chief of police, and other city officials pronounced that they’d shot and killed the gunman. To understand why they were so quick to rush to this conclusion, Brocato says to look at the circumstances: a mall packed full of shoppers when gunfire erupts, police arrive at the scene within seconds. It was apparent to police at the time they had killed the shooter, Brocato says.

“We learned — I learned the next day that that was not the facts,” Brocato says. The city was quick to correct its mistake.”

But details around what happened the night of the shooting still are unclear. Police arrested 20-year-old Erron Brown, who faces an attempted murder charge. Authorities say they believe Brown shot 18-year-old Brian Xavier Wilson at the mall that night before fleeing. Wilson and a 12-year-old girl were wounded in the shooting.

Protesters and others have been critical of the city’s handling of the shooting at the same time there are divisions within the black community. They, along with the Bradford family, have demanded a release of all video footage tied to that night, as well as other details. Many have painted Hoover police as racist. Brocato says he’s disappointed to hear that, as the city is one of the state’s more diverse municipalities. He says the Hoover Police Department is the city’s most diverse operation.

“We can’t ignore the chatter,” Brocato says. “[Once the investigation is over], it’s important for us to start that healing process.”

ALEA has told the city and the Bradford family that they have an internal goal of 60 days to complete an officer-involved shooting investigation. This particular case is more complex, Rice says, due to multiple shootings and weapons used that night.