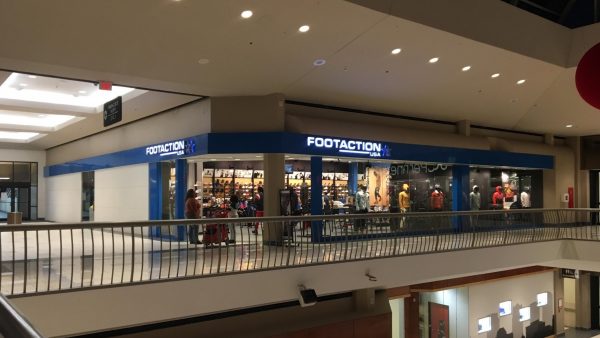 Emantic Bradford Jr. was shot outside the Footaction store in the Riverchase Galleria.

The Hoover Police Department says it will not release any information regarding the Thanksgiving night shooting death of Emantic Bradford Jr. It will hold onto the shooting details at the urging of the Alabama Law Enforcement Agency, officials say, which is overseeing the investigation.

“On Saturday, December 1, 2018, Alabama Secretary of Law Enforcement Hal Taylor communicated in writing to [Hoover Mayor Frank] Brocato and myself his agency’s stance on the premature release of any critical information in regards to their investigation,” said Hoover Police Chief Nick Derzis. “Secretary Taylor … has specifically asked that we do not release any potential evidence as it may not only jeopardize the integrity of the case, but also complicate or delay their efforts.”

Chief Derzis says Secretary Taylor was very specific by saying this “includes nondisclosure by the city of paper documents, records, tangible things, and electronically stored information created by or in possession or under the control of the city, which may be relevant to the events in question, including by not limited to any reports, written statements, electronic records, video and audio recordings, and physical evidence.”

But in a statement Monday, Murphy says he is “disappointed they cannot give the Bradford family the answers they deserve faster.”

“Please be patient with me as I struggle to balance the privilege of being an elected official in the City of Hoover with the flinching of being an African-American following tragic circumstances like these,” Murphy says.

Emantic Bradford Jr. died Thanksgiving night after he was shot by a police officer at the Riverchase Galleria Mall in Hoover. Initially, officials said a fight broke out and gun shots were fired, wounding two people. They said Bradford was seen with a gun and he wounded 18-year-old Brian Wilson. But less than 24 hours later, officials issued another statement saying it was “highly unlikely” that Bradford fired the shots that injured two people.

The Bradford family attorney, Ben Crump, has begun conducting his own investigation beginning with an independent medical review.  Crump says a pathologist retained by the family determined that Bradford was shot three times from behind.

“It clearly demonstrates that EJ posed no threat to the off-duty Hoover Police Department officer who killed him while working a private security detail at Riverchase Galleria mall, since EJ was moving away from him,” Crump says. “If anything, the evidence corroborates the testimony of multiple witnesses who said EJ was trying to help others.”

“Until the tapes are released, it’s a coverup” –@RevJJackson

Crump says they are still pushing for the release of all evidence including videos and the official autopsy.