ACLU and NAACP Request Policies on Police Use of Force 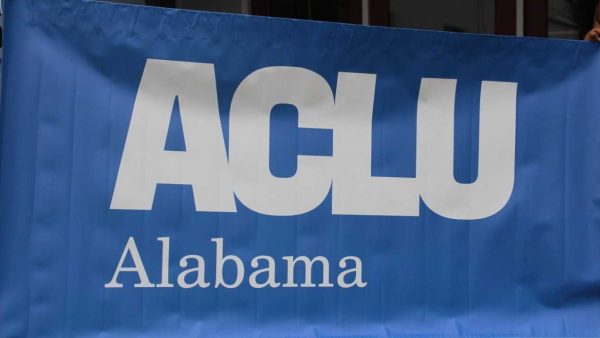 The ACLU of Alabama and Alabama NAACP this week filed public records requests with the Hoover Police Department and several others across the state. The groups want information on racial bias training, use of force and body camera policies. WBHM’s Janae Pierre spoke with Dillon Nettles, policy analyst for ACLU of Alabama.

On the death of Emantic “EJ” Bradford Jr. being part of an epidemic of excessive force:

“We recognize that EJ’s death was a tragic loss for his family and for his community but unfortunately he is not the only case. We find that this is of course a priority for the ACLU but also for our partners at the Alabama NAACP, and we felt that this was an important issue for us to come together on and take a harder look at.”

Other incidents in Alabama where police might have used excessive force:

“Within the last year we’ve had a number of incidents that include the Chikesia Clemons case in Saraland. We’ve had a situation both in Troy and Madison and Tuscaloosa and Auburn.”

What they expect to learn from these public records:

“What the public records requests will do is actually give us access to a number of things which you can see listed in the requests, which we’ve made public. So that will include information about how police are being trained in regards to racial bias/implicit bias. It’ll include information about how body cam footage is handled, when body cams are being activated, when they are turned off, how the footage is handled once it has been recorded. We’ll also be able to look at and evaluate the use of force policies and determine if those are in line with best practices and model standards.”

Which departments they’re looking into other than the Hoover Police Department:

“We’ve made requests of the Birmingham Police Department. We’ll be making a request of Saraland, Mobile, Montgomery and Huntsville.”

What the ACLU of Alabama and the Alabama NAACP plan to do with the information:

“We hope to first begin to actually evaluate what those policies are and that will give us an opportunity to compare them to what model standards and best practices are already available. We also are hoping that we can take steps to begin to actually make a database of this information so that our other partners and those in the public can access this information and that those who are in the community who are also doing this work to reform policing will have those records readily and easily accessible for their own use.”

“Our request has asked that they respond within 10 days. At that point we will follow up if we have not heard from them.”

Calling for “transformative reforms” in law enforcement that can build trust and lead to equitable policing:

“I think it starts with preservation of life as a central principle to all policing. And so we we believe that excessive force should be a last resort and that there should be a force continuum where we actually should only be using certain forms of force or weapons in the event of certain actions that require it. We want to make sure that de-escalation training and strategies are a first step for our law enforcement so that these situations that can be resolved do not reach the extent that we’re seeing folks seriously harmed or killed.”

The public records request is available at: https://www.aclualabama.org/sites/default/files/prrletter20181212-useofforce.pdf