The World Games will mean closed roads around Birmingham. Here’s your list 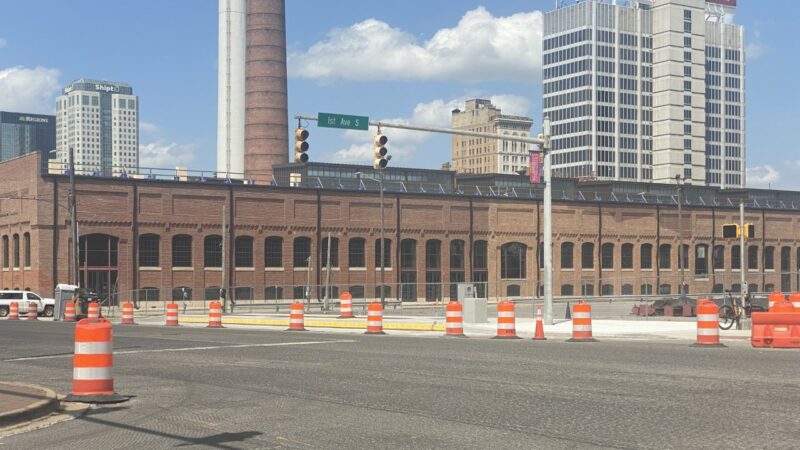 Road construction at the intersection of 18th Street and 1st Ave. South near Railroad Park.

This summer’s World Games in Birmingham will start July 7, and organizers expect hundreds of thousands of people will visit the Magic City for the games. Officials say that will require security boundaries and road closures at several venues. Those boundaries and perimeters will be in place from late June and early July.

“This is the largest international sporting event in the history of Birmingham and the state of Alabama. With big events, come big responsibilities,” said Jay Kasten, Chief Operating Officer of the World Games. “Making sure the safety of all the 3,600 athletes from over a hundred countries is of the utmost importance.”

The Department of Homeland Security put the World Games in its highest category when assessing risks, called a Sear One event. That means extensive federal support will be needed to provide security in addition to local authorities.

The Birmingham Police Department will be actively working the events, along with federal agencies and contracted security. Additionally, officials will soon release more details on a World Games Transit Line and parking venues that will allow the public to access events.

Security perimeters will restrict non-official, non-credentialed vehicular access to some areas through July 17, 2022.

Downtown World Games venues include the BJCC, Protective Stadium, the World Games Plaza at Bham City Walk. Those, along with a nearby transit line, will have a secure perimeter, which will be set up in late June. Road closures include

The perimeter around Avondale Park will be set up in early July. Road closures include:

With events around 1st Avenue South and Railroad Park, a secure boundary will be in effect from July 12 to July 17, 2022. Short-term road closures may be required for certain events. Already announced road closures include:

The perimeter around will be set up in early July. Road closures include:

·     8th Street South will not be accessed from 9th Avenue South

Road closures around Legion Field will affect 8th Avenue West. These will begin in early July. Specific closures include:

For more information and downloadable maps, go to birminghamal.gov/bhamready