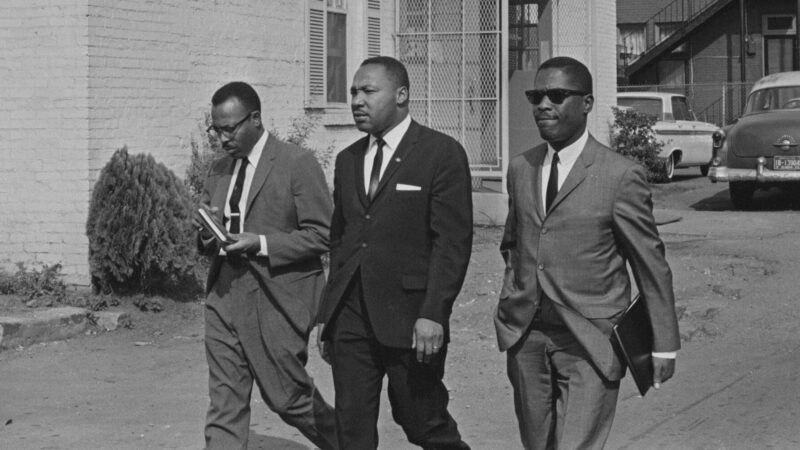 In 1963, Martin Luther King Jr. and the Southern Christian Leadership Conference decided to strike at the very heart of racial segregation and discrimination in the South. They would bring the civil rights movement to Birmingham, what King called “the most segregated city in America.”

The modern movement had gotten its start in the state, with the Montgomery bus boycott in 1955. In Birmingham — then known as “Bombingham” due to the number of racially motivated bombings of Black homes, businesses and churches that had occurred in the city — the civil rights leadership saw an opportunity to refocus the national spotlight on the discrimination, segregation and outright violence Blacks faced in the South.

King and the SCLC had experienced disappointment just a few months before in Albany, Georgia. There, when a court order had kept the movement from staging a march, the SCLC decided to appeal it.

However, while the appeal was working its way through the courts, the momentum behind the march in Albany dissipated. In Birmingham, King and his team decided to take a different approach. So, when faced by a similar order, they decided to violate it and proceed with the march.

What happened then was a series of events that would alter the course of the civil rights movement and Birmingham itself. It would also produce a U.S. Supreme Court case that has lasting implications, even today.

It’s that case, Walker v. the City of Birmingham, that Randall Kennedy is researching for his upcoming book ,From Protest to War, Triumphs and Defeats in Struggles for Racial Justice, 1950 to 1970. Kennedy is a professor at Harvard Law School. The book will be a sweeping legal history of the civil rights movement, and according to Kennedy, it will cover how racial protests in the mid-20th century changed American law.

Kennedy will speak at the inaugural Harrison Honors Convocation at Birmingham-Southern College on October 20, which is open to the public. He recently sat down with WBHM’s Richard Banks to explain the case.

The following interview was edited for clarity.

When the court order was issued barring the protesters in Birmingham from marching, Martin Luther King Jr. and those with whom he was working could have appealed the judge’s ruling and probably won the case. So, why not do that and let the appeals process run its course?

[King’s] lawyers told him, you know, this local judge has probably acted in violation of the First Amendment to the Constitution. So, we can appeal it and you would probably win an appeal. The problem is, it would take time to win that appeal.

You know, this is a very important moment. People have been protesting. Easter is coming up. All the symbolism of Good Friday and Easter Sunday is there. People are primed to protest. And the big problem facing Martin Luther King Jr. was if we call off the protest, will that let out all of the air of the balloon?

So, there’s a concern about maintaining momentum behind the protests. What was the legal risk in going ahead and marching?

In the law, if you fail to attempt to appeal a judge’s injunction, what the law says is, well, you can no longer challenge the legality of that injunction and you can be held in contempt of court even if the judge is wrong. So, Martin Luther King Jr. and others marched in violation of the judge’s order.

Explain what happened then.

Not to get us off track, but explain the connection between the substance of that letter and of this particular case.

While he is in jail, [King] learns that there were some local clergymen, you know, various denominations, who basically had criticized him and said he should back off. He was an interloper. He should let the local folks handle things in Birmingham. They accused him basically of being an agitator and a person who was leading the local folks to disruption.

And these were largely white, correct?

That’s right. It was eight white clergymen. And this open letter is one of the most quoted documents to arise from the civil rights movement. So, the first thing that Martin Luther King Jr. does [in the letter] is he challenges the facts. He says, what are you talking about? I didn’t just show up. I was invited here by Reverend Fred Shuttlesworth. People here were already engaged in a protest. So, you know, just as a matter of fact, there was a local protest going on.

Then, second of all, he says, by the way, and just suppose I had been coming here as a so-called outside agitator. I’m a man of the world. And if there’s an injustice half-way around the world, that concerns me, I should try to do something about it.

And that’s where it comes back to this case.

Yes, he talked about the necessity sometimes of having to violate the law. And one of the things he says is, you know, the laws are important, and one should in general defer to the law. But every idea has its limits. And he says Hitler had a law. There are all sorts of evil regimes that have the law. Before the Civil War, there was a fugitive slave law.

OK, so it was about four years later that the U.S. Supreme Court ruled in the case. Explain the basics of that ruling?

The supreme court in a 5-4 decision ruled against Martin Luther King Jr. and said that in as much as he had violated the injunction without attempting to appeal the injunction, you put yourself at odds with the law. And the contempt citation, therefore, is valid, even though the judge’s order might very well have been invalid.

Let’s talk about the relevancy of this case today. We have people on both sides of the political spectrum protesting in the streets and even rioting in the U.S. Capitol. How does this case apply today?

This work of accommodation — on the one hand, you have to have a certain amount of order because I mean, you know, people have to be able to use the streets. People have to be able to, you know, get to the hospital. So, what do you do to maintain order, while also allowing people to express themselves? Well, that was the issue in Walker versus City of Birmingham. That’s our issue today. And guess what? That’ll be our issue tomorrow.