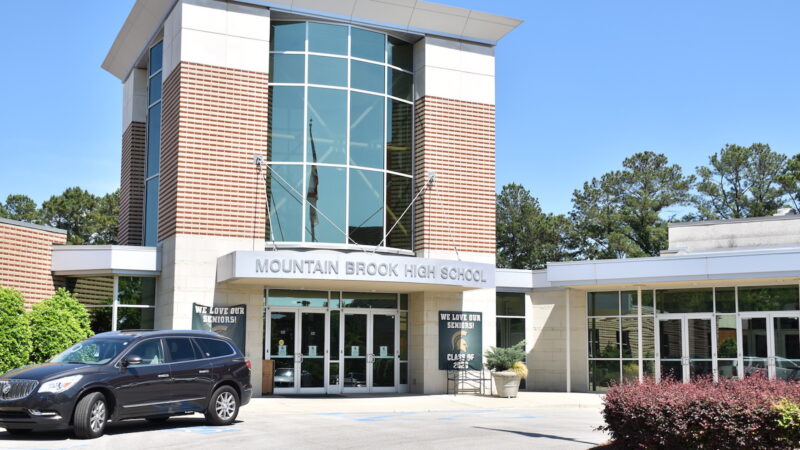 On January 18, Ephraim “Epps” Tytell came home from school and told his parents that his history teacher led students in what looked like a Nazi salute. At first, his mom didn’t think he was serious.

“Our son came home very upset. He said ‘Mom, Dad, I was standing among people holding the Nazi salute. I felt very scared and uncomfortable as a Jew.’ And we didn’t believe him. I mean we thought it’s a misunderstanding,” Mariya Tytell, the eleventh-grader’s mom, said.

Once Tytell received calls from other parents about what happened she realized her son wasn’t exaggerating. A friend of Epps took a three-second video which shows a few students raising their arms toward the American flag.

The family said Epps was the only Jewish student in Joe Webb’s history class at Mountain Brook High School. A statement from the Mountain Brook City Schools said Webb was teaching a lesson about how symbols change over history. School leaders said Webb did not instruct students to do the sign. Administrators said he used the Bellamy salute, a way to pledge allegiance to the American flag before Nazi’s adopted the same sign in the 1930s, as an example for his lesson.

Tytell said after the video circulated, an administrator told her son to apologize for sharing the video on social media, but he refused. She said her son then faced retaliation from his teacher including getting his phone taken away and moving his seat to the front of the classroom. The Tytell family attempted to work out the issue with the school’s administration but said they were brushed off.

They spoke to the media to draw attention to the case, which Tytell said has generated death and arson threats.

“We kind of see it as a failure of leadership and also a part of a longer pattern of constant anti-Semitic incidents that seem to follow one another,” Tytell said.

This incident isn’t the first time the school district has been scrutinized for anti-Semitic acts. In 2020, a video on social media showed a student who painted a Nazi swastika on his back. This happened off of school grounds but caused an outcry from the community in Mountain Brook. Last summer, the community was also consumed by a debate over diversity in schools after the district canceled an anti-hate training for teachers.

“Students are on edge because not necessarily of this experience, but because of the belief of anti-Semitism and the rise of anti-Semitism across the United States,” said Dov Wilker, the regional director of the American Jewish Committee.

According to the Anti-Defamation League, 2020 saw the the third highest number of anti-Semitic incidents on record.

“I think the only way that we can further people’s understanding is to sadly use opportunities like this to to explain to people what the Holocaust was, to describe to people the atrocities of the Holocaust, to educate about anti-Semitism and hate in our community and the impact that they still have in 2022,” Wilker said.

Danny Cohn, the CEO of the Birmingham Jewish Federation and acting CEO of the Alabama Holocaust Education Center, first heard about the incident in January through the federations’ anti-Semitic incident report. But he said he doesnt think the teacher was being intentionally anti-Semitic.

“I’m saying it was a lapse in judgment. But when people, especially Jews, see the Nazi salute, they’re not listening for context. They just see something that’s sent more than six million of our people to their deaths,” Cohn said.

Cohn said he’s extended an invitation to Mountain Brook Schools to allow teachers to participate in a Holocaust education program for teachers.

“It would be really nice if for once they apologize and acknowledge that they’re in the wrong. That would give us a chance of justice,” she said.

Mountain Brook school system leaders said the history lesson lacked sensitivity and they don’t condone modeling the salute when a picture would have been sufficient. They said the issue has been addressed with the teacher. Leaders said they are working with local Jewish organizations and stand against anti-Semitism. The Tytells said they’re seeking legal counsel to contend with the death threats.