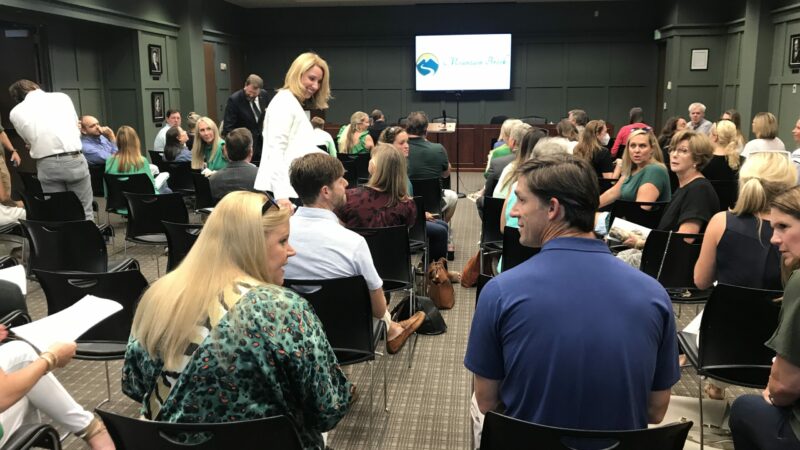 Parents and community members in Mountain Brook attended the July school board meeting to continue discussions on diversity trainings for teachers.

Parents and community members packed the Mountain Brook school board meeting this week to continue the debate over anti-bias training in their public schools and what diversity initiatives will look like for students and teachers.

At the Monday meeting, 17 passionate speakers addressed the school board and over 100 people expressed different perspectives. Some pleaded for the board to reinstate diversity training under the Anti-Defamation League’s No Place For Hate educational framework. Others admonished the board for bringing in the ADL in the first place.

Among the speakers was Rhett Loveman, who has a child in Mountain Brook City Schools.

“I hope I’m wrong, but up to this point, y’all have not united people, instead, you’ve used taxpayer funds to pay a deeply partisan and left-wing organization that crams down one narrow view of all the political hot issues of our day, including voting, immigration and police brutality,” Loveman said. “And then they bully anyone who even dares ask a question by calling them a bigot, a racist and an anti-Semite.”

About a year ago, the Mountain Brook school system adopted diversity training for teachers after an antisemitic incident among students. The district worked with the Anti-Defamation League, an organization dedicated to fighting antisemitism and discrimination since 1913. The league’s educational framework has been implemented across the country, including in over 200 schools in the Southeast.

However, 600 parents and community members in Mountain Brook recently signed a petition, saying that they felt the ADL’s framework is partisan. The petition resulted in the Mountain Brook school board breaking ties with the ADL and planning to move forward with their own framework to address diversity in schools.

Krissie Allen, a former English and American studies teacher at Mountain Brook, participated in the first rounds of anti-bias training and also signed the petition.

“It does not help discussion and freedom of thought in a classroom to tell students that they have to be walking on eggshells and scrupulously analyzing everything they say before they have a comment with their classmates,” Allen said at a city council meeting last month.

But after the first petition, a second petition soon followed. Over 2,000 alumni of Mountain Brook City Schools signed that one, saying they were displeased with the board’s decision to break away from the ADL. Since then, the community has been consumed with a heated debate over how students should learn about diversity, race and inclusion.

Long-term Mountain Brook resident Frank McPhillips is a member of MB Listens, an organization dedicated to making the overwhelmingly white community more inclusive. He said he’s part of the silent majority displeased with the break from the Anti-Defamation League.

“It’s very important for Mountain Brook to project a welcoming and accepting image to the rest of the world,” McPhillips said. “I think there has been a tendency for some people to view Mountain Brook, as you know, the tiny kingdom, it’s hard to penetrate.”

Much of the concern from parents detailed in the original petition boils down to not wanting politics in their children’s schools. But the controversy is complicated by other factors in the school system, including its demographics. Mountain Brook City Schools enrolls about 4,400 students and is 96% white; the suburb is one of the richest in Jefferson County. 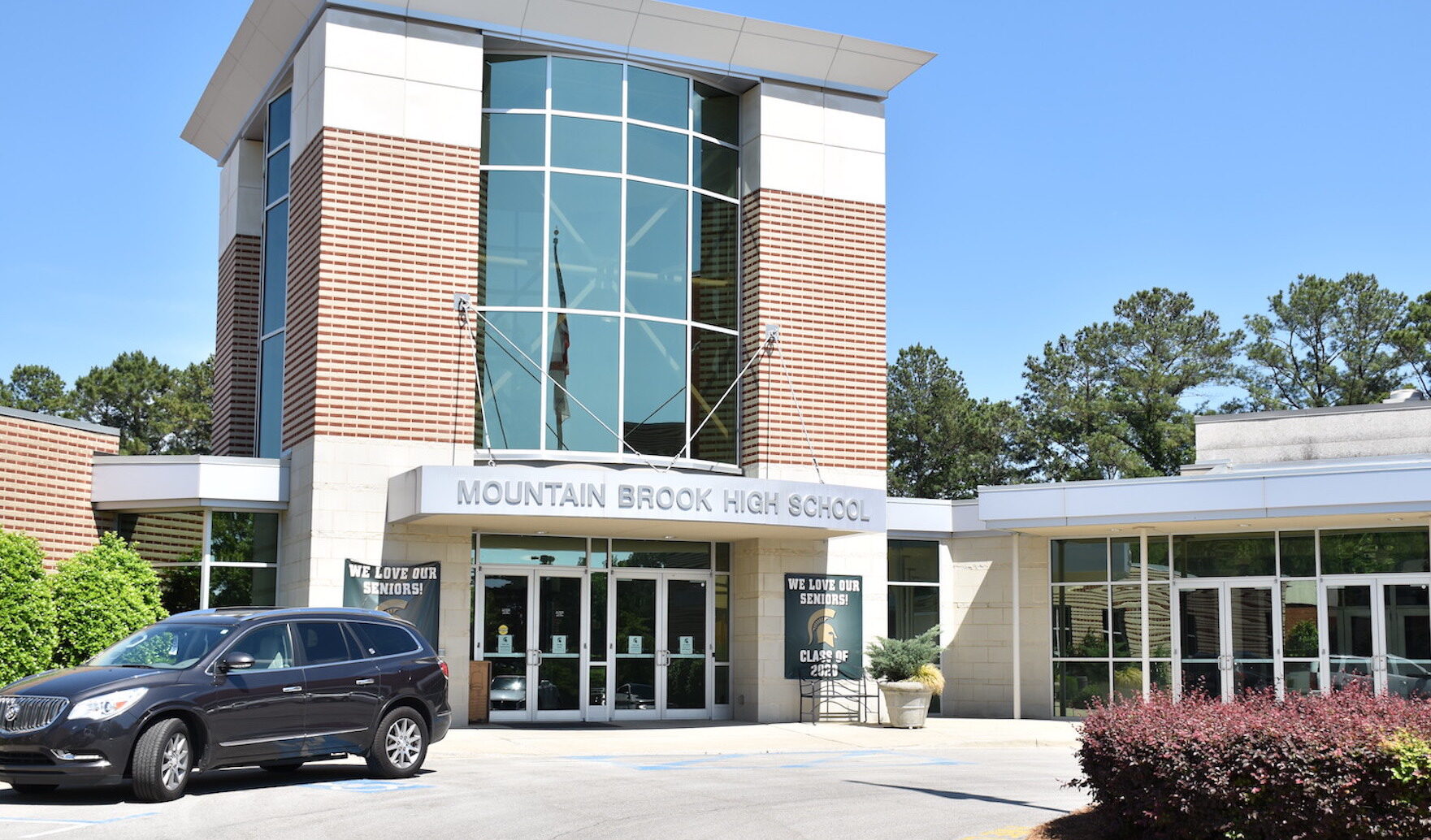 Laura Steele is a parent and said she would prefer to have her children learn about diversity in school and avoid making mistakes later on.

“For our children to be prepared for the global world, they need to know how to get along with a wide range of people who look different, pray differently and love differently,” Steele said. “My understanding is that when issues of racism have been brought to the school administration, the response often does not result in the impacted student feeling supported but rather more vulnerable.”

Mary Turner is a parent of two children in the school system and shared her experience as one of the few Black parents in Mountain Brook schools.

“My children are biracial and self-identify as being both West Indian and American. I’m acutely aware that their lived experiences are unlike mine in several ways,” Turner said. “I’m also aware that living where we are, they do not have the luxury of being asked how they want to identify as society’s knee jerk response will be to label them.”

The Mountain Brook school board’s current solution to address inclusion in the classroom is to set up local diversity committees.

In a statement, the board announced they will continue some form of anti-bias training for teachers, but are still reviewing what resources they may use. The board added they’ll work to ensure all “input will be heard and respected.”