Imani Perry draws on her hometown, Birmingham, in her new book exploring the South 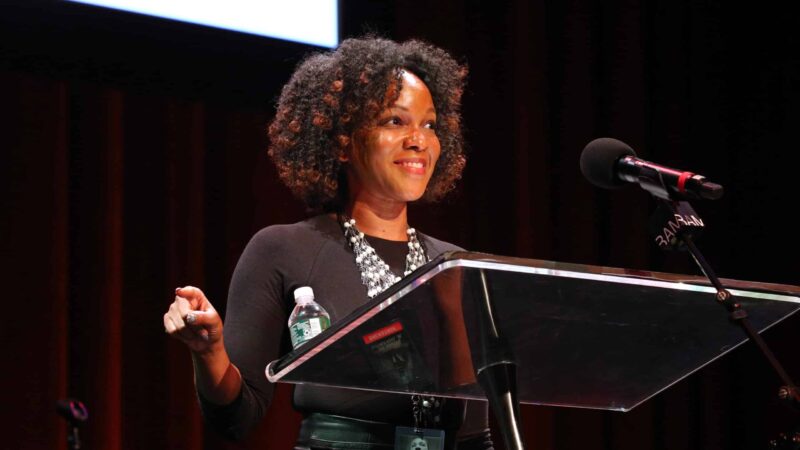 Imani Perry is an Ivy League professor in New Jersey but a Southerner at heart. She was born in Birmingham, but today she teaches African American studies at Princeton University. Perry has spent much of her life in the North, and in her latest book, South to America: A Journey Below the Mason-Dixon Line to Understand the Soul of a Nation, she argues to truly understand the United States start with the American South. That book is the selection for the yearlong citywide literary program Birmingham Reads which kicks off Friday night.

Why was the South in particular something that you felt like needed to be discussed?

I have long thought that the South is really mischaracterized. It also comes from a sort of, you know, moving up north as a child and hearing where people talked about the South, where my entire family was, and the way that it was conceived of as backwards, out of step, not really representative of the United States and all these sorts of things, when in reality, the South is the beginning point. It is the place where the most sort of remarkable, profound freedom dreams have been given to the country from within. And we have these mythologies of the United States. And the mythologies in many ways get in the way of us actually reckoning with who and what we are as a country. So it was a kind of new way to tell a story, but also I think, to tell a story that was more honest.

You mentioned in your book that Birmingham seems to be frozen as this place where moments like the Children’s Crusade and the bombing of 16th Street Baptist Church once took place. What do you mean by that and how do you view Birmingham today?

It’s like the only national story you get of Birmingham is 1963. Many places in the South get frozen in the way the national imagination works. I experience it as a place that is, today, struggling in the ways that cities struggle all over the country. It’s filled with people who are hardworking, decent, imaginative and filled with aspiration. And as everywhere, there’s deep inequality. There is inadequate access to health care, good paying jobs, resources, and the like. And so, if anything, I hope that the work shines a light on the beauty of Birmingham in ways that encourage people to invest in the city, you know, to bring resources to the city. I think because people outside of Birmingham have it stuck in their heads in 1963, I think that people don’t necessarily know that it’s a Black city in the best sense of the word.

How much of your identity and experience as a black woman in America shaped the way these stories are told in South to America?

So my identity is really important for this book. So one of the things, and I say it in some places in the book and I’ve said it in interviews before, there are so many books to come out about traveling through the South, and very few of them are written by women and even fewer still by Black women.

I talk about finding an ancestor in archives, a woman who was named either Easter or Esther, and it says she was born in Maryland in 1769, and then she winds up over 100 years old in Huntsville. What if we tell history from a story of a woman like her? This woman probably working in the tobacco fields, right? Witnesses the country becoming a country without consideration for her, without basic rights or recognition for her. And I wanted to make that experience of being a person, a woman whose physical labor, but also reproductive labor, because people made money off of enslaving Black people, multiple generations over. So the children she bore and the physical labor that she did built this country. It’s a devastating history. But it also to me says that’s where we need to tell the story of the country from that perspective because that’s the only way from the perspective of the outsider within, that’s the only way you get to build a just society, a decent society.

What are you hoping Birminghamians take away from your book?

Certainly, I hope it holds a mirror up to show the incredible beauty of this city and how much its people deserve to be loved and admired. I think there’s a lot to be really proud of.