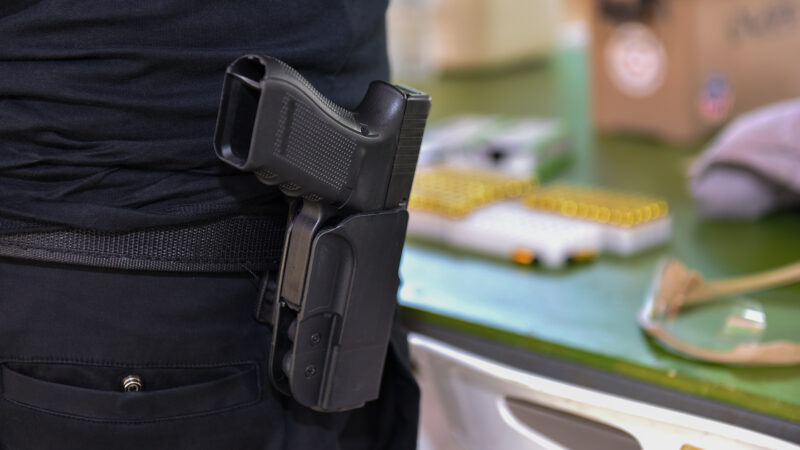 MONTGOMERY, Ala. (AP) — The Alabama House of Representatives on Tuesday approved legislation ending the requirement for a person to get a permit in order to carry a concealed handgun in public.

Lawmakers voted 65-37 for the bill after Republicans in the chamber limited debate to two hours. The bill now moves to the Alabama Senate.

Gun rights advocates have championed the proposal they call “constitutional carry,” arguing that people should not have to get a permit, which requires a background check and paying a fee, to carry a handgun they legally own. Many state sheriffs and other law enforcement officials have opposed the legislation, arguing the permits provide a crucial tool to combat crime and enhance public safety.

“This bill does not change who can and cannot carry a gun. The people that are prohibited now, will still be prohibited,” Republican Rep. Shane Stringer of Citronelle said of his bill.

Stringer, a former police chief and former captain in the Mobile County sheriff’s office, disputed arguments that the permits enhance public safety. “The fact of the matter is, criminals don’t obey laws. This $20 piece of plastic, a permit, is not going to stop an evil person from committing a crime or doing wrong, and it will not protect our law enforcement from getting hurt or killed.”

Alabama currently requires people to get a concealed carry permit, which requires a yearly background check, to carry a handgun under their clothes or in a purse or bag when they go in public. The bill would do away with the requirement, but people could still choose to get a permit if they wanted. It would also do away with the current requirement for people without concealed carry permits to keep handguns unloaded and secured when driving.

Rep. Pebblin Warren, a Democrat who represents Tuskegee, said the change will encourage young people to “just go wild in the street with guns.”

Warren, the wife of a former state sheriff, read a letter from Montgomery County Sheriff Derrick Cunningham, who now heads the Alabama Sheriffs Association, opposing passage of the bill.

Republican Rep. Allen Farley, a retired assistant sheriff, said the permits are a tool “for us to catch those people who should not have a firearm.”

Farley said the permit fees help fund small sheriffs’ offices and that the arrests for permit violations have led to seizures of drugs and the solving of crimes.

“Why are we making the thin blue line in Alabama thinner?” Farley said.

There are 21 states that allow concealed weapons in public without a permit, according to Stateline, an initiative of the Pew Charitable Trusts.

Proponent of the bill said the Alabama Law Enforcement Agency is developing a database, authorized by a state law creating a lifetime concealed carry permit option, that officers will be able to use to flag people not legally entitled to carry a handgun. Stringer maintained that will be a better tool for law enforcement officers to remove guns from people who can not legally posses them.

Lee County Sheriff Jay Jones said the intent of the database is good but said he did not think it could take the place of permits because there will be inevitable gaps in collecting data.