Remembering Sheila Washington, Who Brought Honor To The Scottsboro Boys 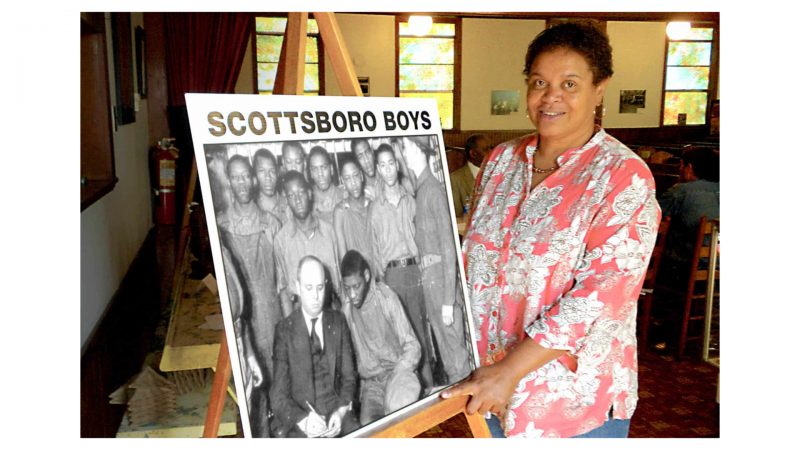 Alabamians are mourning the death of Sheila Washington, the founder of the Scottsboro Boys Museum and Cultural Center. Washington fought to bring honor and dignity to the nine young Black males falsely accused of rape during the Jim Crow era.

As a child, Washington was fascinated with the story of the Scottsboro boys who ranged in age from 12-19. They were traveling by train through Jackson County when they were accused of raping two women. The 1931 trial drew national attention. An all-white jury in Scottsboro sentenced eight of the nine to death.

Later, the U.S. Supreme Court heard arguments in the case leading to two landmark civil rights precedents regarding the right to counsel and non-discrimination in jury selection.

Washington learned about the case through an old book hidden in her father’s pillow case. She’d share that childhood story often, saying  “one day when I get older, I’m going to find a place and honor the Scottsboro boys. I’m gonna put this book on the table and burn a candle in their memory.”

Washington did just that in 2010 when she opened the Scottsboro Boys Museum and Cultural Center.

Morgan County Archivist John Allison said Washington faced a lot of opposition when she opened the museum. He said as generations passed, people in the majority white town wanted to move on and forget about it.

It took Washington nearly two decades to open the museum. Allison helped her gather materials from the trials.

Washington also received help from the Black Heritage Council of the Alabama Historical Commission. Louretta Wimberly, a founding member of the council, said Washington often faced resistance but she was determined.

Washington also became the driving force to clear the names of the Scottsboro boys for good. With help from a legal team at the University of Alabama, she worked with state lawmakers to issue posthumous pardons when convictions involved racial discrimination.

In 2013, then Governor Robert Bentley signed the bill and the Scottsboro boys were exonerated. Allison, the archivist, said Washington’s efforts helped the city overcome a big racial stumbling block.

Washington died unexpectedly on Friday, January 29. She was 61. She’ll be remembered for her courageous fight to bring honor to the Scottsboro boys even though they didn’t live to see it.

Posted by Widen the Circle on Monday, February 1, 2021