Remembering A Murdered Birmingham Priest For His Faith And Courage 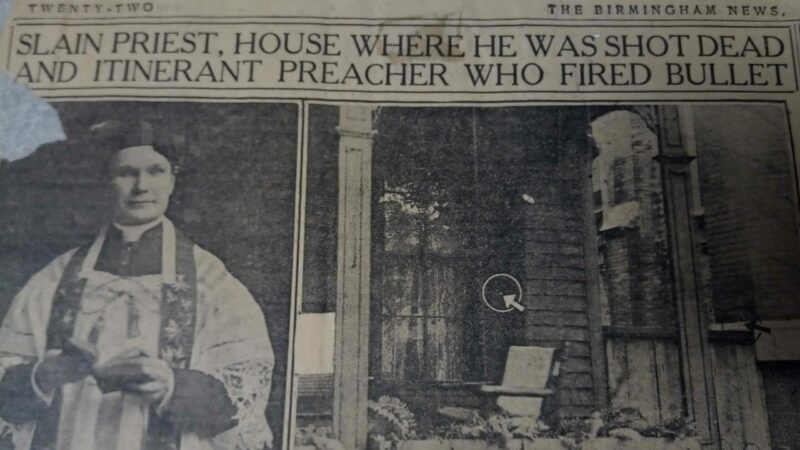 A newspaper clipping from the Birmingham News shows Father James Coyle and the porch in front of St. Paul's rectory, where he was fatally shot.

On the centennial of Father James Coyle’s death, dozens of people gathered at the Cathedral of Saint Paul in downtown Birmingham. The Most Reverend Steven Raica led the mass.

“I am pleased to welcome everyone to this mass, even others who may not be Catholic but who share our Christian values so strongly exhibited in the life of Father Coyle,” Raica said.

Coyle, an immigrant from Ireland, sailed to Mobile to teach in the late 1800s. He was appointed pastor of St. Paul’s Church in Birmingham in 1903. During that time immigrants were moving to the city from Europe to find work in the growing steel industry.

Over the years, Coyle became a target for the Ku Klux Klan because he was an outspoken champion for immigrants and poor people of all races.

Archbishop Thomas Rodi of Mobile called Coyle a man of faith and courage.

“He felt compelled to stand up for people who couldn’t stand up for themselves, the powerless and the poor. And he knew he was risking his life,” Rodi said.

On August 11, 1921, Coyle married an interracial couple. The bride was a white woman who converted to Catholicism. The groom was a Catholic Puerto Rican man.

According to Rodi, right before the wedding, Coyle said “they will kill me for this.”

The woman’s stepfather, Edwin Stephenson, was a Methodist preacher and member of the KKK. Just hours after the wedding, Stephenson approached Coyle on the porch of St. Paul’s rectory and shot him three times.

Willimon, a professor at Duke Divinity School, said during that time, racism wasn’t the only issue plaguing the growing city of Birmingham. Tensions were rising between Catholics and Methodists as well.

Stephenson, Coyle’s killer, turned himself in immediately after the shooting and a few witnesses were there to corroborate the story.

Weeks later, future U.S. Senator and Supreme Court Justice, Hugo Black, defended Stephenson at trial using a race-based argument. The jury acquitted him by reason of temporary insanity. Plus, most of the jury were members of the KKK.

“The thing that was most disturbing was the racism around the trial and how that echoes in more recent racism,” she said.

Willimon said Coyle never got the justice he deserved, and Stephenson escaped punishment from the state and from Methodist leaders.  Coyle’s murder demonstrated racism in the church, Willimon said.

“The church should have removed him and made of him an example that you cannot be associated with our church as a leader committing a racist inspired murder,” he said.

Willimon added Coyle’s killing wasn’t talked about much among Methodists.

Sheila Killian learned about her great-uncle, whom the family called Father Jimmy, because of a picture of him at her family home in Ireland. 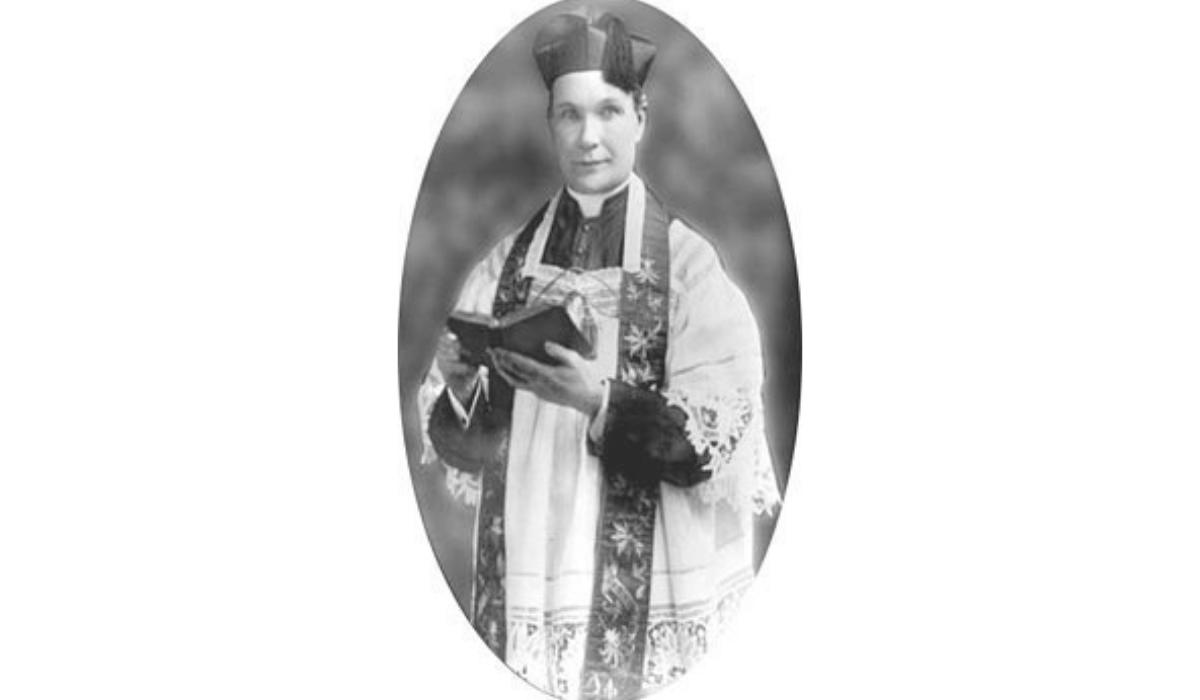 Killian is also an author and tells the story of Coyle’s death in her fictional book titled “Something Bigger.” She said his story still speaks 100 years later.

“For him, as a priest, everybody is equal in the sight of God – he meant everybody. And that’s still a message that needs to be absorbed, I think because we have a bad habit of ‘othering’ people,” she said.

Killian said Father James Coyle’s life should be a reminder of the love and respect everyone is due.