Entergy crews work to restore power to a neighborhood in Goosport, Louisiana north of Lake Charles after Hurricane Laura, a Category 4 storm, swept through the area in August 2020.

The 2021 Atlantic hurricane season is off to a busy start, and forecasters say it is likely to be as active as last year, when thousands were without power for weeks after hurricanes Laura, Zeta, Cristobal and Delta hit the Gulf South.

Climate studies show that a more-active hurricane season is just one of the new normals that climate change is bringing to the region, and with that comes bigger threats to the power grid.

Hurricanes are the number one threat to electric grids, which have already faced a number of extreme weather events — such as polar vortexes like the one that shut down water and power in much of the region this spring, more intense rainfall and stronger storms — the Department of Energy says. The number of blackouts are also increasing.

Power grids were not built to withstand these increasing threats and the U.S.’s energy infrastructure is aging and unreliable. In some parts of the country, energy companies are diversifying power sources, strengthening grids and hardening infrastructure.

In the Gulf South, it is up to each individual energy company to come up with their own plans for withstanding the increasing extreme weather, and it is not clear whether they are doing so. State regulators are also not requiring those companies to develop resilience plans. 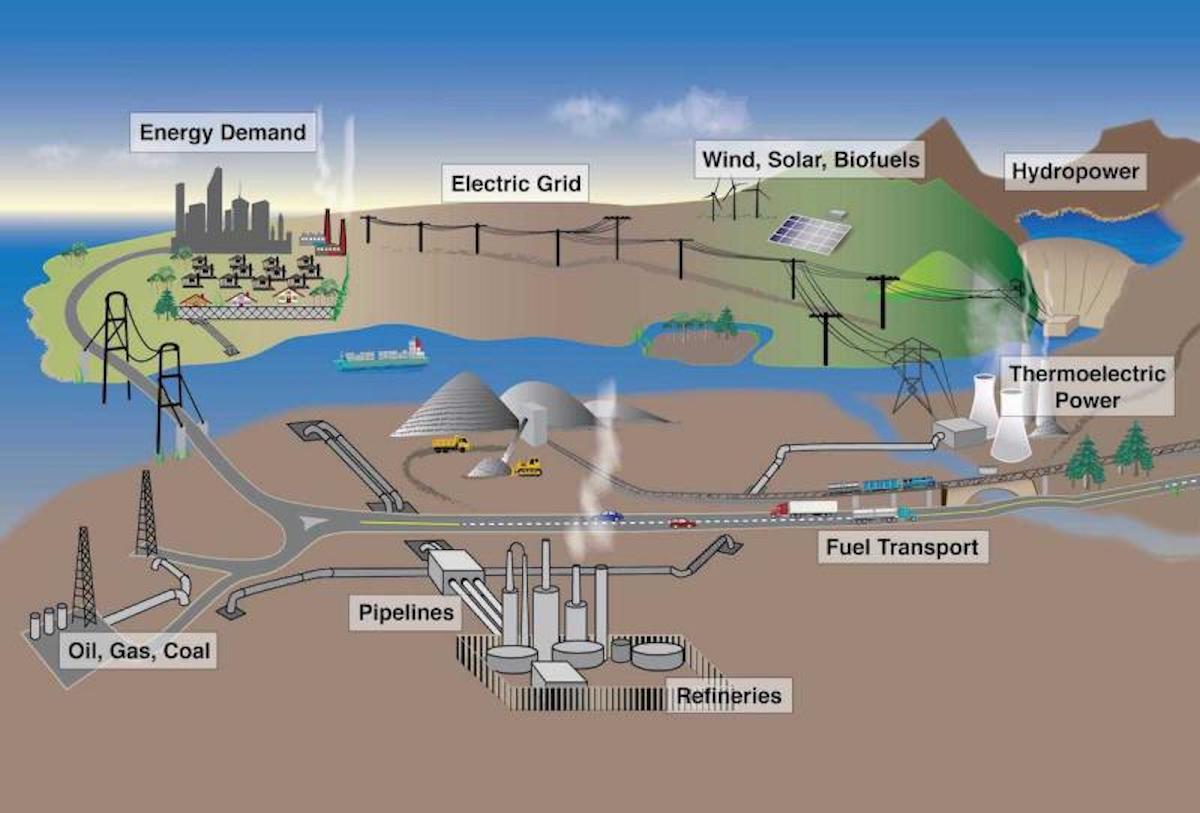 ‘A Grid Pushed To The Precipice’

Power outages are not only an inconvenience but a health threat. Extreme heat causes illness and death.

Scientists warn that storms are getting more intense, causing more frequent and longer-lasting power outages. Much of the electric grid was built above ground and many of the power stations are on the coast.

Furthermore, a study found that 70% of substations in the south are vulnerable to flooding, and their equipment is also rapidly aging, according to Julie McNamara, an energy analyst with the Union of Concerned Scientists

“When you couple that underinvestment with a changing climate, with increased exposure to severe weather impacts you see a grid that’s pushed to the precipice and has increasingly started to fail,” McNamara said.

Photo provided by Union of Concerned Scientists
This animated GIF shows changes in the potential depth of flooding in New Orleans and a portion of the Gulf Coast from a Category 3 Hurricane from 2012-2070. It also lays out where exposed and unexposed power plants in the region are on the flood map.

A bill that would provide more funding to strengthen the U.S.’s energy grid is working its way through Congress. The Biden Administration’s contentious infrastructure bill would also devote billions to electric transmission and grid resilience, but for now, states are largely on their own.

Some companies are getting ready for the threats to come.

After Hurricane Sandy hit the east coast in 2012, leaving more than 8 million without power, the energy company for New York, Con Edison, created a comprehensive resilience plan devoting $1 billion to hardening its infrastructure and preparing for more extreme weather.

“Those who are showing themselves to be best equipped for the future are those who are recognizing that change is here now,” said McNamara.

In the Gulf South there are two major energy companies – Entergy and Southern Company – that serve most of Alabama, Mississippi and Louisiana. Both companies answer to their state’s public service commissions, which regulate them.

In Mississippi, the state’s Public Service Commission, led by commissioner Brent Bailey, is investigating why its power grid system broke down during the February winter storms that left more than 50,000 people without power for weeks. 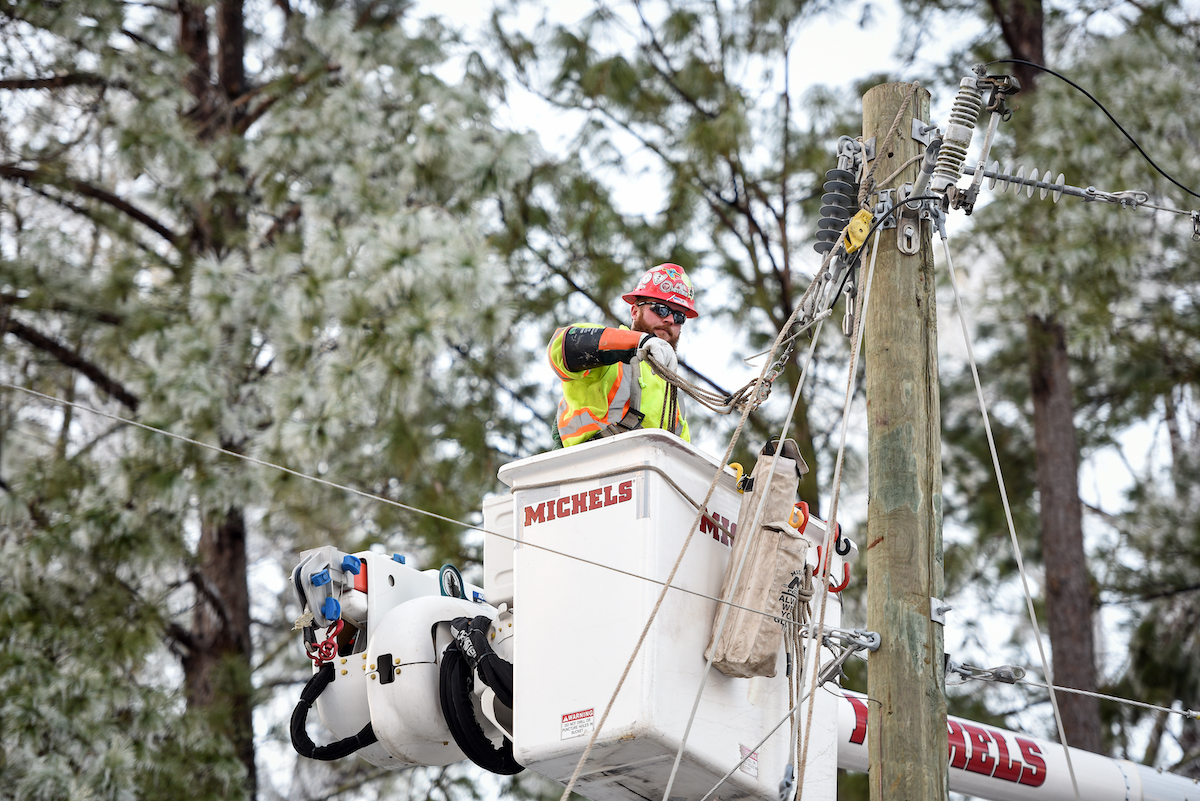 Photo provided by Entergy
An Entergy crewmember works to restore power to a neighborhood in Vicksburg, Mississippi after Winter Storm Uri swept through the region, Feb. 19, 2021.

“That really put a light on the lack of maintenance,” Bailey said. “This exposed the weaknesses in those systems.”

For the investigation, the Mississippi Public Service Commission has hired a consultant to conduct a review of the power outages and make recommendations within the next three months. Bailey hopes that having such a blueprint will make the state more competitive for federal American Rescue Response funding for energy infrastructure.

But he said they are not requiring energy companies to make climate plans. While winter storms and extreme weather are getting worse in the south, Bailey said he does not believe it is related to climate change.

How Companies Are Looking To Improve

Public service commissioners from the three states provided lists of some of the things they encouraged companies to do, like work with other energy companies during emergencies and inspect their poles and substations.

Neither Entergy or Southern Company agreed to an interview. Both said they were planning for more extreme weather, but there is not a lot of evidence that they are preparing their grids or investing heavily in alternative energy sources, like wind and solar.

Last year’s storms cost Entergy $2 billion, which will eventually be handed down to ratepayers. Entergy’s investor reports also say the company is preparing for climate change, though the company’s focus is on reducing carbon emissions. 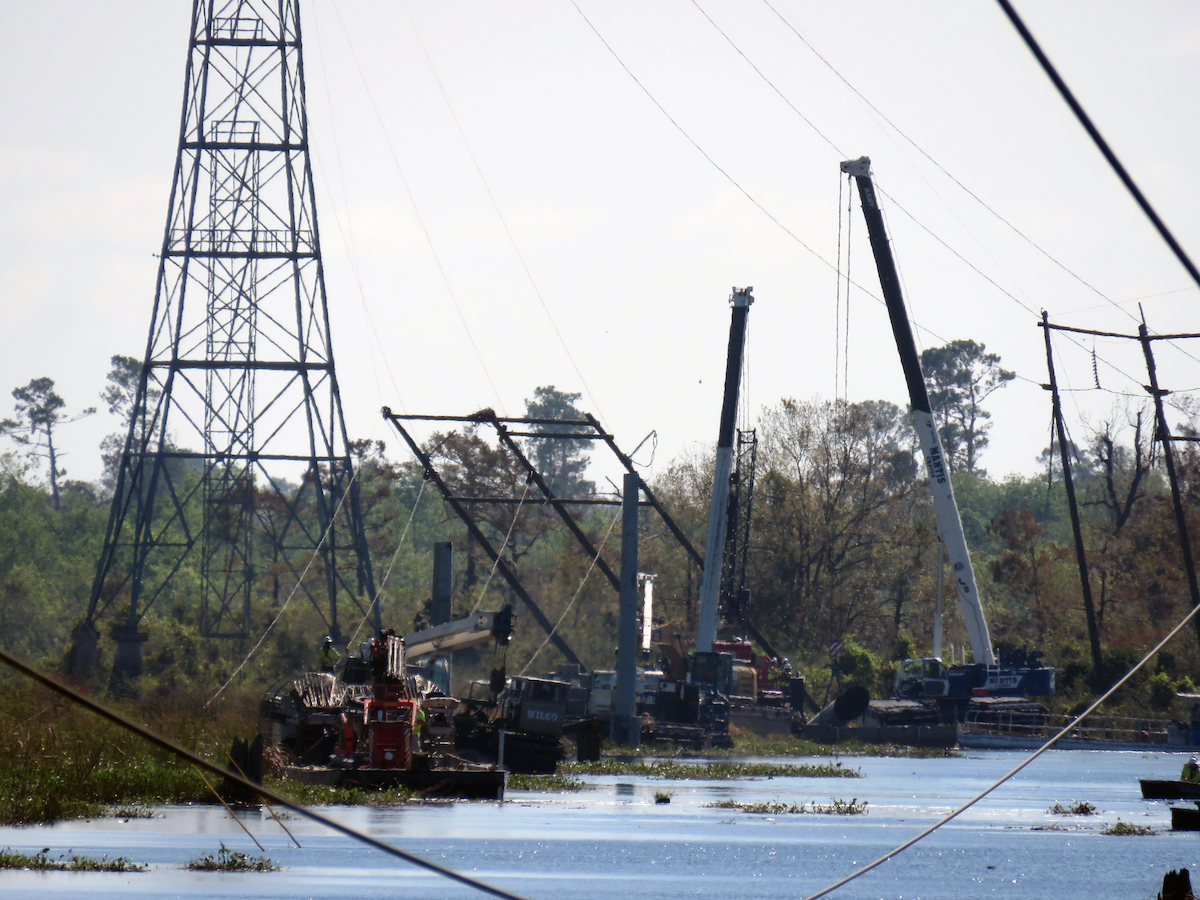 Photo provided by Entergy
Entergy crews work to restore a transmission tower in North Lake Charles that was damaged by Hurricane Laura in August 2020.

A spokesperson for Southern Company, the major operator in Mississippi and Alabama, said it is investing $13 billion in capital improvements for transmission and distribution infrastructure. The company is also focused on reducing its emissions.

In a letter sent this March to the Midcontinent Independent System Operator, Inc., which oversees some utilities in Mississippi and Louisiana, including Entergy, New Orleans mayor LaToya Cantrell urged quick and timely transmission upgrades to prevent further weather-related power outages.

“New Orleans cannot continue to accept major power outages that slow our economy and harm our citizens….the city must prepare for a 21st century climate, and a 21st century energy system,” Cantrell wrote.

Regulators say they are encouraging energy companies to prepare, but climate plans are not mandated. And without a plan, as storms increase in the Gulf South, so will life without power.

“If you don’t have a plan to build back better,” McNamara warned, “you’re just going to build back to how you were, which means that you’re pouring money into a bottomless pit.”

Living Off-Grid Works For Some, Not All

In light of uncertainty and increasing power outages, some people are preparing to live off the grid. When tens of thousands were without power in Alabama this spring, Danny and Leslie Fox just turned on their generator.

They live in a rural area just north of Mobile, where they raise a menagerie of rabbits, quail, pigs, goats and chickens. Many of their friends were without power so they invited them over for food and a charging station. 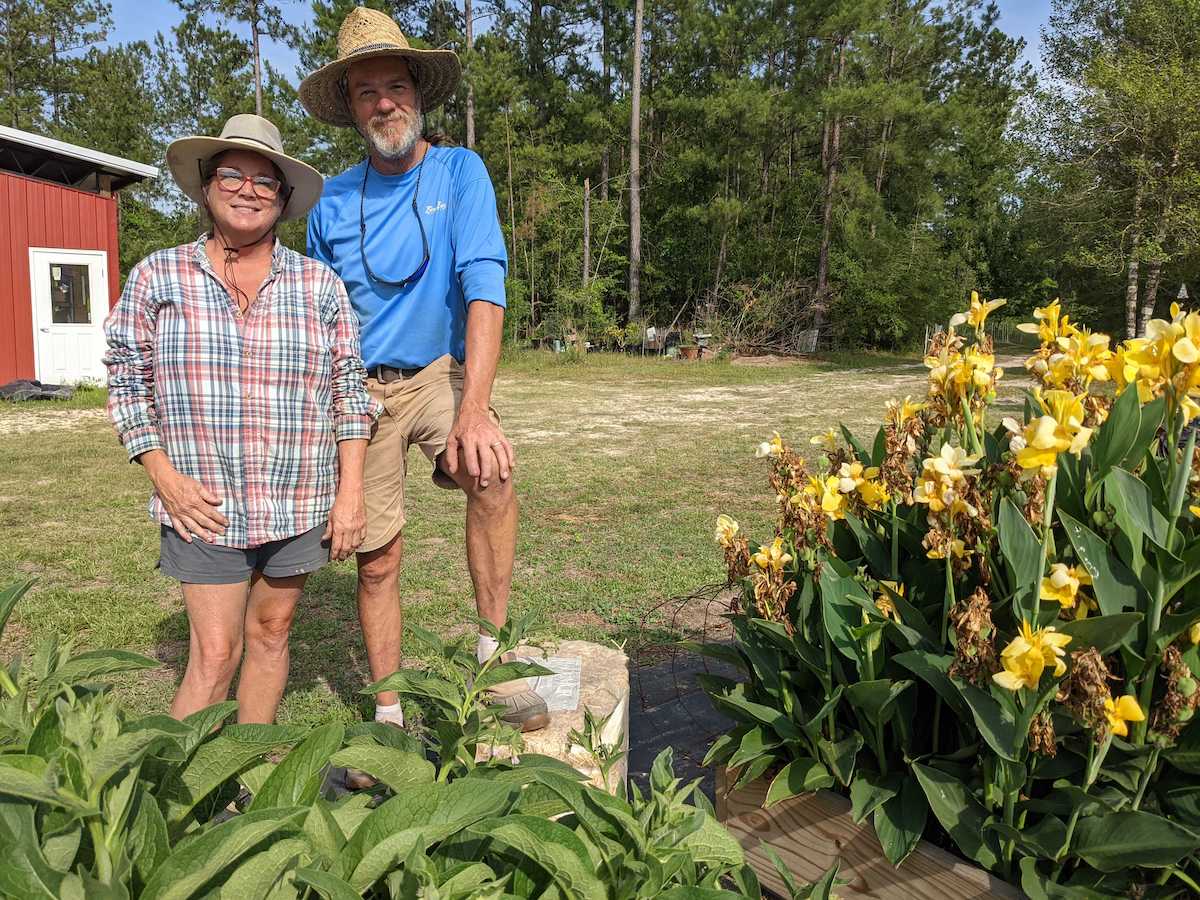 Tegan Wendland,WWNO
Danny and Leslie Fox have been preparing for power outages at their rural Alabama homestead for years by investing in generators and water reservoirs, and planting and raising all of their own food. They were okay with me calling them “preppers.”

Fox’s advice, however, is easier said than done. Not everyone can afford to be a prepper, and most people live in cities and rely on power companies to do their job.

“We can’t just leave everyone to their own devices, to hope that individuals are able to protect themselves from power outages,” said Simon Mahan, director of the Southern Renewable Energy Association.

Even if you can produce your own electricity, Mahan said, “if the grocery store down the street doesn’t have power, you won’t be buying groceries.”

Support for the Coastal Desk comes from the Walton Family Foundation, the Greater New Orleans Foundation, and local listeners.

Correction: This story originally stated that a study found 70% of power plants in the south were vulnerable to flooding. It has been updated to reflect that it was substations, not power plants.

This story was produced by the Gulf States Newsroom, a collaboration between WWNO in New Orleans, WBHM in Birmingham, Mississippi Public Broadcasting, and NPR.