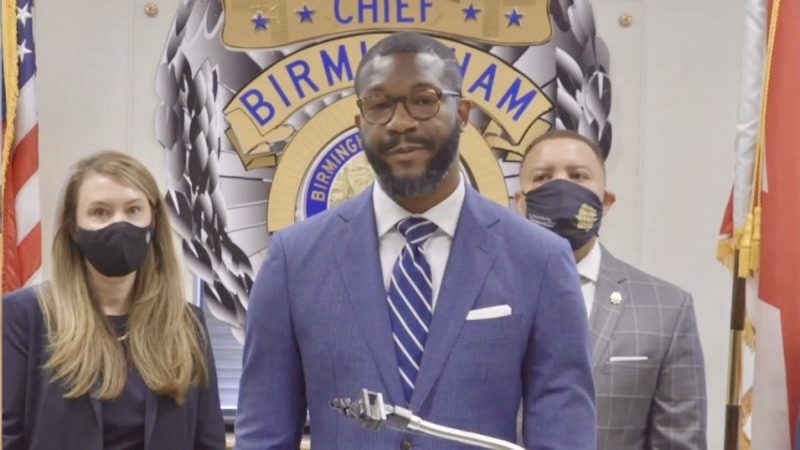 Birmingham Mayor Randall Woodfin urged the community to share information that could lead to the arrest and conviction of those involved in illegal gun activity.

Birmingham Mayor Randall Woodfin launched a collaborative effort with federal and local law enforcement agencies to put an end to the city’s growing gun violence problem. The partnership, announced Friday, imposes stiff penalties for people who have unauthorized guns. Officials called on the community to help make the city safer by providing information on people who may be involved in criminal activity.

“Even as we’ve made progress in lowering other forms of crime, gun violence in our community still hovers at a rate that is unacceptable,” Woodfin said.

Officials will also implement a safety plan for the city’s 14  housing authority properties. Woodfin pointed out that the team will work with city and gun courts so that the district attorney and federal prosecutors can swiftly prosecute all gun crimes in Birmingham to the maximum level.

Carr said there will be strong consequences for people illegally carrying guns in Jefferson County.

“Not only will you be punished in state court by the office of the district attorney, but after that sentence is served, we will seek to have you punished in federal court as well. That means you will be serving two sentences for one crime,” Carr said.

Woodfin said one major hurdle is the “no snitching” culture that exists in Birmingham. He’s hoping to get assistance from the federal government with a witness protection program. The Birmingham mayor mentioned that there is a direct correlation between witnesses who can provide information and a decrease in crimes.

City officials have confiscated over 800 firearms since the start of 2021. Last year, officials took up more than 2,000 guns. There have been 30 homicides in Birmingham so far this year.