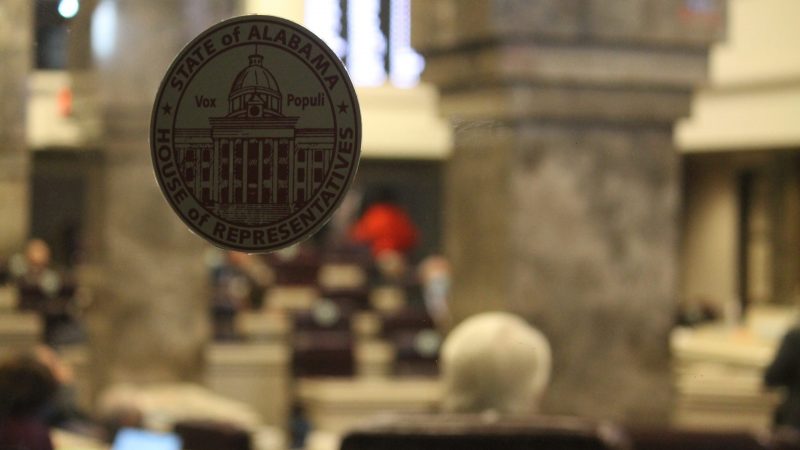 Will this finally be the year a racial profiling ban wins approval in the Alabama Legislature? That was one Alabama senator’s hope this week. State lawmakers also tackled a number of voting laws. But this week’s legislative recap starts with a measure that would ban vaccine passports, which would provide proof that someone’s been vaccinated. Don Dailey, host of Alabama Public Television’s Capitol Journal, fills us in.

A Senate committee passed a bill banning COVID-19 vaccine passports, but would it apply to places like universities, hospitals, nursing homes, and other places that may already have vaccine requirements in place?

It wouldn’t, but the concern is that where it did apply, it could seem almost coercive. At least those were the words of the sponsor of this bill, Sen. Arthur Orr of Decatur — coercive in the sense that people would feel pressured to get a vaccination if they wanted to enter certain businesses or certain buildings or attend certain functions. He says he just doesn’t feel like that’s somewhere that we need to go and that he thinks the focus needs to be more on getting people vaccinated.

The Alabama Senate approved a bill that bans traffic stops based on racial profiling. What are the mechanics of this? What guidelines does this measure lay out in terms of law enforcement?

This is a bill that has had an interesting journey. Sen. Roger Smitherman of Birmingham has been trying to get this out for almost a decade now. It’s passed the Senate several times, but never made it out of the House to final passage. And it calls for certain training of law enforcement officers to guard against racial profiling in traffic stops. It also calls for a database to keep track of traffic stops and what transpired during the traffic stops, a database that could be learned from by law enforcement. Sen. Smitherman says he himself has been the victim of racial profiling during a traffic stop, and he believes it’s got to stop.

And what if a police officer is found to have engaged in racial profiling? Are there consequences?

Well, he wants to, (A) raise awareness and (B), say that if there are instances like this, which he says there have been plenty of that he could cite over the years, that it would be called to an officer’s attention and that proper measures would be taken to guard against it happening in the future.

Sounds like there are no significant penalties spelled out for police, but there could be other consequences. Let’s turn to voting laws. There were a number of proposed bills in the state house this week tied to elections. One would ban curbside voting. Give us a brief overview.

The curbside voting ban was probably the more high profile of all the bills that were up in the Senate on Thursday. It’s an outgrowth of the election during the pandemic and the calls that were made last year for curbside voting to be an option in Alabama. It’s not really technically allowed under state law, although some contend that it’s not explicitly spelled out that way. And those who support a ban say that they think we need it to guard against possible fraud. Or as the House sponsor of this bill, Rep. Wes Allen of Troy put it, to preserve a chain of custody ballot security. Rep. Allen is a former probate judge and he says he’s seen first-hand the need for that chain of custody ballot security. At any rate, this bill did not make it out of the Senate on Thursday. It was carried over. So we will wait to see if this bill gets a vote next week. There were several other election-related bills that did get out of the Senate on Thursday, most notably with Senate Bill 305 sponsored by Senate Majority Leader Clay Scofield of Guntersville. It would prohibit double voting or any attempt by an individual to double vote in or outside the state of Alabama in a single election.