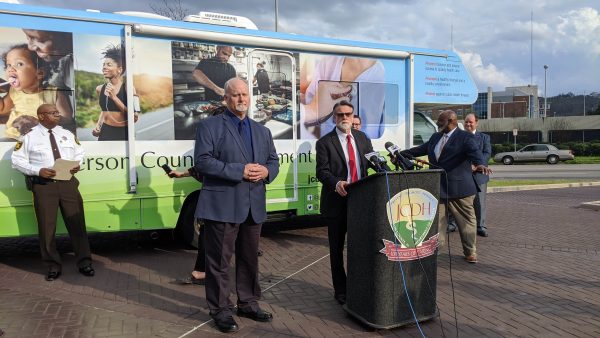 Lawmakers are proposing legislation that would require an advisory board to weigh in on decisions made by the Jefferson County health officer before new rules are enacted.

Since March, many leaders in the medical community faced challenges after putting mandates in place to slow the spread of the coronavirus. There were mask mandates and the stay-at-home order which led to several business closures.

Joshua Sharfstein, professor of the Practice and Health Policy and Management at the Johns Hopkins Bloomberg School of Public Health, said those rules have sparked tensions.

“The tension comes because health officers may be recommending steps to be taken that some people don’t like and it may directly affect their business or it might affect things that they want to do,” he said. Sharfstein said that has created a fair amount of tension in different places.

Republican state Rep. David Wheeler has introduced legislation that would require public input on the Jefferson County health officer’s decisions. That office is currently held by Dr. Mark Wilson. Wheeler said his bill would allow a board of nine people to provide any recommendations on public health policies before orders are issued to residents. The board will have 10 days to respond.

“The advisory board has no veto power,” Wheeler said. “He (Dr. Wilson) is not obligated to take any of their recommendations. It’s strictly an opportunity for comment so he can hear from a broader constituency.”

Wheeler said his bill is necessary to protect small businesses from losing money. He said he’s heard from several small business owners who were hurt as a result of the statewide safer-at-home order when certain businesses were forced to close.

“The hardship that some of this stuff caused I think just went unrecognized and hopefully we never have to go through that again,” he said.

In January, the Jefferson County Health Society started a petition to oppose Wheeler’s legislation. In the petition, a local group of physicians noted “it’s not appropriate to allow lay citizens to play a key role in the pandemic responses of the community.”

Wheeler said there’s a lot of misinformation around his bill. He said the goal is not to restrict the power of the county’s health officer; he or she will still have autonomy.

Jefferson County Health Officer Dr. Wilson said he understands the intent behind the bill but he said lawmakers should be careful when changing public health law.

“I’m very sympathetic to some of the constituents that are concerned about whether health officers have too much power or whether there ought to be more input,” he said. “But I just think we need to proceed extremely cautiously before we change public health law in a way that we might regret later.”

Wilson said the pandemic has been very hard on everyone, but he has to work in the best interest of the public’s health.

Sharfstein said the proposed legislation is not surprising. He said people have questions about public health policies and they want their voices heard.

“Policies are best when they are fashioned through a good, deliberate, considered process,” he said. “Now, there are situations where there are emergencies and in those situations policymakers have to make decisions but they should, pretty rapidly, be asking for input and considering it.”

But Wilson said that’s exactly what he does. He consults with government and health leaders before making any policy decisions.

The bill will now be debated as state lawmakers begin the 2021 Alabama legislative session.