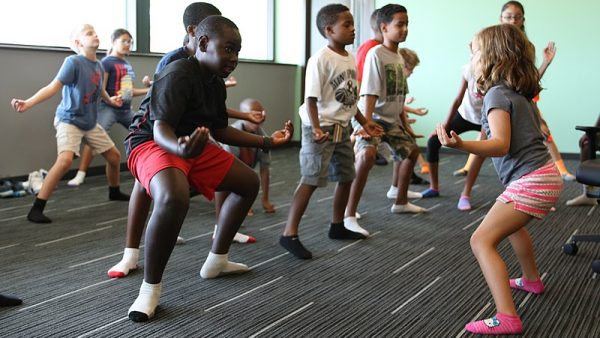 Alabama is one step closer to overturning a decades-old ban on yoga in public schools. This week, the Alabama House of Representatives voted in favor of democratic Representative Jeremy Gray’s bill – which would give school systems the option to teach yoga poses and stretches as long as they don’t chant, recite mantras or say  “namaste.” Jimi Lee heads the non-profit Yoga & Love and volunteers with Alabama 4H. He tells WBHM’s Janae Pierre that, despite the ban, he’s led yoga at some schools; they just had to call the practice by another name.

Though yoga is being practiced in some schools, what is it called?

Have you made modifications to yoga practice for students?

“No. Because nothing’s wrong in the first place. The only thing that’s specifically banned is yoga. So nothing there is illegal. Only the word yoga and calling it yoga is illegal.”

How have you managed to teach yoga in public schools despite the ban that was put in place in the early 90’s?

“Teachers are very down with the idea of making the kids more calm, centered, making their minds a little bit more still, and able to participate better in the world around them. And so they’re all about yoga. They’re a little afraid because the technical code prohibits it but yoga’s put in there. And when the teachers call  and the principal wants it, you have to find someone who would want to come to schools, it’s more expensive sometimes or there’s a lot of people who do it for free. But the biggest part with them is they tend to be, more spiritually inclined, most likely to actually do something that would be problematic.”

How did yoga get banned from schools in the early 90’s?

“So there’s an organization called the Eagle Forum. They’re a Christian conservative organization started by a lady named Phyllis Schlafly in the 1970s, specifically to work against the Equal Rights Amendment. It was primarily a school prayer bill. So as a smaller part of that, the Eagle Forum banned meditation. They banned yoga, which they specifically identified as Hindu prayer. And it also banned inducing hypnotic states in children. As part of the large legislation it passed. They found the bill unconstitutional. They didn’t find the whole bill unconstitutional, just the school prayer part and as such, the yoga part, remained on the books. This wouldn’t have mattered but the Eagle Forum, that’s their bill and they care about it. They came back 26 years later, last year, to keep fighting for it. And in the interim, they still use this. So, for instance, Eric Mackey, who is the superintendent of schools for the state of Alabama, he likes yoga. He’s down with it, he wanted it. He wrote some letter last year trying encourage it, and then he instantly revoked it when he got the lawyer letter saying, hey, hey, this is technically illegal and that’s how you enforce it. So it’s not a thing where someone gets arrested. No one’s been fined, its just you get a hand slap and basically Rep. Gray’s Bill is doing everything he can to stop that.”

Is Alabama going overboard? How does something like yoga become a bad thing according to groups that have opposed this change?

“Everything’s bad to certain groups. And there’s not just Christians that oppose the legislation, atheists have a strong opinion that they don’t want anything, even remotely religious to be taught in schools. And this one has strange bedfellows, where Christians, atheists and other people are actually concerned about this. And it’s largely I think, the Christians, think Hindu. They see the things they think Hindu. The people that I spoke to that spoke against the yoga bill, He was actually genuinely concerned about me. He cared about me. And he did not want me to burn in the firey furnace of hell for all eternity because I do yoga. And although I believe he’s laughingly incorrect about this, his wife teaches yoga at their church. He actually said in the floor of the house that his daughter laughed at him for even saying this might be bad, but in his heart he actually cared about me.  I’m not against him. He’s not against me. It’s just he doesn’t understand  You can’t make everyone understand. Right. And so that’s what it is, it’s lessons in acceptance. We’re trying to get the legislature to accept the idea that they can go back to their constituency who might be wearing their MAGA hat and say, yeah, you know, this yoga thing… it’s actually not so bad. It’s not the devil.”