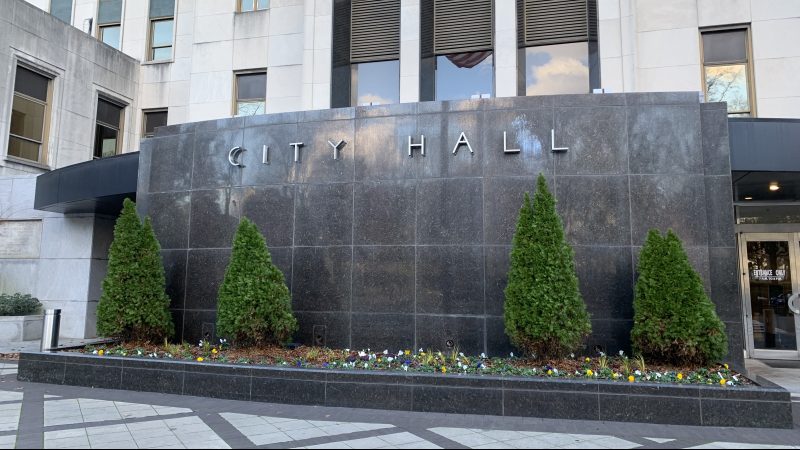 Alabama residents who need to renew their driver’s license during the coronavirus shutdown will have to do it online.

Teenagers who have waited 16 or more years to get their first license will have to wait longer.

These are just two of the ways the growing pandemic is making it tougher for people to obtain government services. With state and local governments forced to weigh public health against public services, the scale sometimes tilts toward health. This is true for services ranging from automobile tag renewals to court trials to in-person access to public meetings.

The stay-at-home order announced Friday by Gov. Kay Ivey limits the ability of people to leave their homes, but it makes an exception for trips to obtain “government-funded services or benefits.”

Access to services largely depends on the city, county or government entity involved. Random phone calls to these entities shows it can be difficult or impossible to reach anyone for help, with some government employees working from home, operating with smaller staffing levels or handling multiple calls.

In Shelby County, the courthouse and most county offices remain open on a limited basis with controlled access. Security guards are vetting visitors to make sure they need to enter the courthouse.

“I think we’ve got almost every function available,” Shelby County Manager Chad Scroggins said. “It may be in modified form to mitigate the spread of the virus.”

He said officials temporarily closed the three license offices at Pelham, Inverness and Columbiana, but residents can renew driver’s licenses online. In addition to internet access, they will need a printer to create a temporary license.

This is the case for many other counties, including Jefferson.

The Alabama Department of Public Safety temporarily closed its driver’s license examiner’s offices across the state. This means no testing for a new license. It also means residents cannot obtain a Star ID driver’s license, which people will eventually need if they plan to fly.

President Trump delayed requirements of the enhanced identification program until Oct. 1, 2021, because of the coronavirus shutdowns.

The Alabama Law Enforcement Agency will not allow drivers to change their address online, receive driver licenses online if they have a forwarding address, or have new photos taken for licenses, which the agency requires every eight years.

Scroggins said Shelby County is implementing a system that will allow people who are buying a car to register for an appointment to apply for a title transfer. He said the county will allow one person at a time to enter the office, and a glass window will separate the resident from county employees.

Residents can renew car tags online or by phone.

In Birmingham, residents can still access city services in person or online, according to Rick Journey, director of communications.

“While we have moved to an essential-employees model and coordinated for many employees to telework, we still have access to the building for permits, fees and other basic needs and services,” Journey said. “We have established protocols to maintain social distancing and have regular deep cleaning scheduled to protect our employees and those who come to City Hall for city services.”

In an emergency meeting March 31, the Jefferson County Commission agreed to keep the courthouses in Birmingham and Bessemer closed until April 30. The county’s website at www.jccal.org directs users to different departments for online services, including payments for sewer bills.

But 22% of Jefferson County households do not have access to internet services, according to the U.S. Census Bureau, and the numbers are higher in Alabama’s Black Belt region.

“If a citizen cannot do business online, via mail or by phone, extensions have been granted for most items and there will be no penalties once the courthouse is able to reopen to the public,” Helen Hays, public information officer, said in an email.

She said some county employees are working from home and some who are required to be at the courthouse are rotating schedules. Road crews are still on the job, but are practicing social distancing, limiting the number of riders in trucks, and using hand sanitizer and masks if they so choose, she added.

The county’s Development Services Department created an online building permit process to assist businesses while the courthouse is closed. County officials had already planned to launch the system, but decided to start it early because of the coronavirus, according to a statement on the county website. The system includes trade permits for electrical, plumbing, gas and mechanical.

Residents and automobile dealers can submit title and registration documents by mail while the courthouse is closed.

“The county wants to provide as many services as possible to residents, but also wants to protect them and our employees,” County Manager and CEO Tony Petelos said. “We are working every day to see what new ways we can do things, but we realize some things will have to wait until we can reopen.”

The Alabama Department of Public Health temporarily halted restaurant inspections in counties across the state as health officials focus on the coronavirus pandemic, according to the department. Health officers are still investigating complaints about restaurants.

While officials have closed many courthouses across the state, the courts remain open. That doesn’t mean, however, some criminal defendants and parties in civil cases won’t experience delays, officials said.

On March 15, the Alabama Supreme Court suspended all in-person court proceedings for the next 30 days.

The order has no effect on out-of-court activities in civil cases, including depositions and mediations. The court also stated that the suspension of in-person court proceedings does not apply to bond-related matters for criminal defendants, plea agreements for people who are in jail, protection from abuse, emergency child custody and certain other issues.

“Judges, court personnel and lawyers continue to work on behalf of the public we serve to move cases in an efficient and safe manner by phone and videoconferencing technology,” Alabama Supreme Court Chief Justice Tom Parker said in a statement to the State Bar.

The state has an electronic filing system and videoconferencing, so judges can have hearings and trials for divorces and family court throughout the pandemic. Many judges have added drop boxes outside the courthouses for legal filings, but attorneys are accustomed to filing online, according to Christy Crow, Alabama State Bar president.

“Our members and the judges around the state are working diligently to ensure that the citizens of the state of Alabama can get justice as expeditiously as possible,” Crow said. “With that being said, it would be unreasonable not to expect some delays as a result of the coronavirus. Everyone is doing everything possible to minimize those.”

With jury trials temporarily suspended, Crow said, “it is not possible to say that some criminal defendants won’t have to spend more time in jail awaiting trial.”

Balance Between Health and Safety Versus Public Access to Meetings

The coronavirus is also presenting challenges for access to public meetings at a time when officials are discussing major budget changes due to lost tax revenues, and approving expenses related to the pandemic.

For example, at its last emergency meeting, the Jefferson County Commission established a $1 million virus fund, approved $80,750 to buy 55 hospital beds and closed the courthouse through April.

In declaring a state of emergency, Gov. Kay Ivey said the government response to the pandemic requires a balance between health and safety and the right of the public to open government. She said government bodies can use telephone conferences and videoconferences to respond to the coronavirus or “to perform essential minimum functions of the governmental body.”

She encouraged officials to use communications equipment that allows the public to listen, observe or participate in meetings. She said no less than 12 hours after a meeting, the government body shall post a summary of the meeting in a prominent location on its website or other public location.

Not all Alabama counties have videoconferencing capabilities, however, and not all residents have a means of watching meetings online.

The Jefferson County Commission is using Zoom online videoconference technology to conduct its meetings. The meetings are broadcast live on the county’s Facebook page so residents can watch. The next meeting to be conducted in this manner is April 9 at 9 a.m.

The Birmingham City Council is still allowing limited public access to its meetings, and has cordoned off its chambers so people will remain six feet apart, according to Kimberly Garner of the council’s public information office. She said the number of people allowed at the meetings must adhere to the most current health recommendations. The council always live streams and re-airs its meetings via Spectrum online videoconferencing.