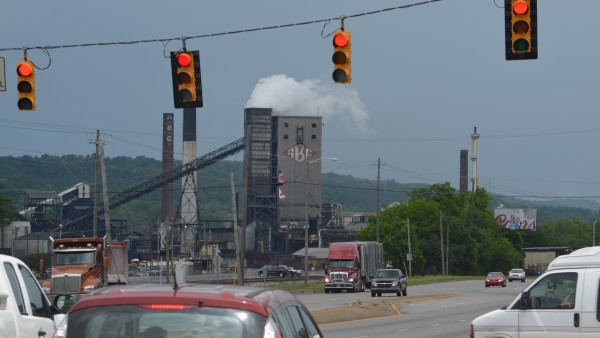 The Jefferson County Department of Health held public hearings on the proposed renewal of the air emissions permit for ABC Coke. Concerns about the permit heightened following a federal corruption trial where an executive with ABC Coke’s parent, Drummond Company, and a lawyer were convicted in a scheme to thwart testing for pollution near the Tarrant plant.

A fight over ABC Coke’s air pollution in Birmingham and Tarrant entered federal court Tuesday as groups charged that a consent decree agreement approved last spring is too weak to guarantee that unlawful discharges of the cancer-causing chemical benzene will stop.

The action came in response to a government motion two weeks ago to finalize the consent decree. The Jefferson County Department of Health said today that it supported making the decree final.

The Southern Environmental Law Center filed its motion and proposed complaint in the U.S. District Court for the Northern District of Alabama on behalf of Birmingham-based clean-air advocate Gasp. The groups object to terms of the consent decree signed by the Jefferson County Board of Health, the U.S. Environmental Protection Agency and Drummond Company, which owns ABC Coke.

In 2011 the health department, acting under a national benzene inspection program, discovered benzene discharges at ABC Coke were above federally allowable levels. According to the EPA, benzene is found in emissions from burning coal and contributes to elevated levels in the ambient air, which may be breathed by the public. The agency’s website says, “Increased incidence of leukemia (cancer of the tissues that form white blood cells) has been observed in humans occupationally exposed to benzene.” It also cites benzene’s role in reproductive and developmental effects in animal studies.

Last year’s agreement included a $775,000 fine, to be split evenly between the health department board and the EPA. Angry residents, officials in areas affected by the air pollution and Gasp called for community comments on how the department would use its funds. Under the consent decree, Drummond is supposed to self-report and publicly post its progress in meeting federal compliance guideposts.

The law center’s motion Tuesday called for Gasp to be added to the consent decree so it would have standing to propose an independent audit of benzene emissions that would strengthen the settlement. Gasp’s inclusion in the agreement also would allow the nonprofit organization to lobby for an increase in the amount of penalty for violations, additional public reporting requirements and a trust fund for the local half of the Drummond penalty, to be administered by a community-tied third party.

Shortly after the consent decree was announced, Jefferson County Health Officer Mark Wilson told the board of health he hoped to use much of its award to benefit the affected neighborhoods.

Sarah Stokes, senior attorney for the Southern Environmental Law Center office in Birmingham, said in a joint news release today that Gasp is concerned about the lack of transparency by ABC Coke due to a “lengthy history of violations and pattern of practice of hiding them.” The parties to the consent decree must be held “accountable to a plan that results in a protective, permanent solution to this legacy of pollution – anything short of that is unacceptable,” she said.

Michael Hansen, Gasp’s executive director, said, “The families and workers who have been breathing ABC Coke’s toxic and illegal pollution for close to a decade deserve better. Drummond should get more than a slap on the wrist.”

Editor Note: The Southern Environmental Law Center is a sponsor of WBHM. But our news and business departments operate independently.