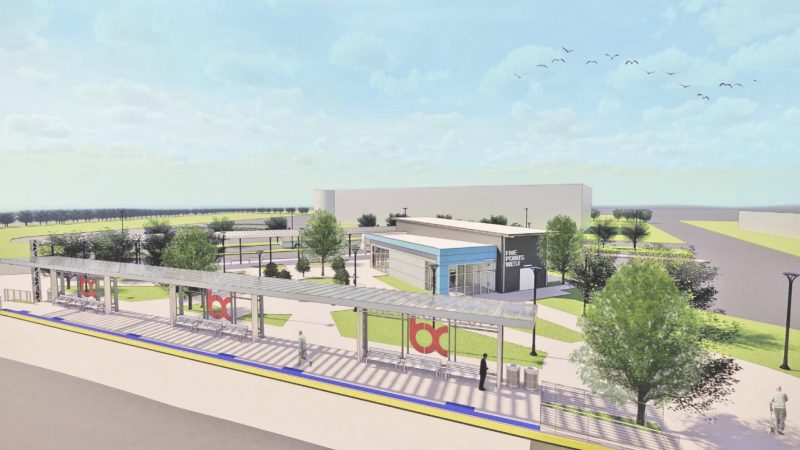 A new, faster bus line is on its way to the city of Birmingham.

“This is modern transportation at its best,” said Charlotte Shaw at a groundbreaking Friday. She oversaw the project for the city. “This is like rail on wheels.”

The $40 million project is supported mostly by federal transit grants and city funds. Officials say the system should improve travel times and lower costs to make it easier for residents to move across a major corridor in the city. Much of the route follows U.S. Highway 11.  The system consists of two transit centers and 16 stops in between. Buses will run at 15-minute intervals during peak periods.

“This is a game-changer,” Birmingham-Jefferson County Transit Authority Executive Director Frank Martin said. “It’s the beginning of what I think over time will be a great public transit system for the area.”

Martin said officials are studying whether bus rapid transit is feasible for other routes.

Construction is scheduled to start in January and be complete by June 2022. Birmingham will host the World Games in July 2022.