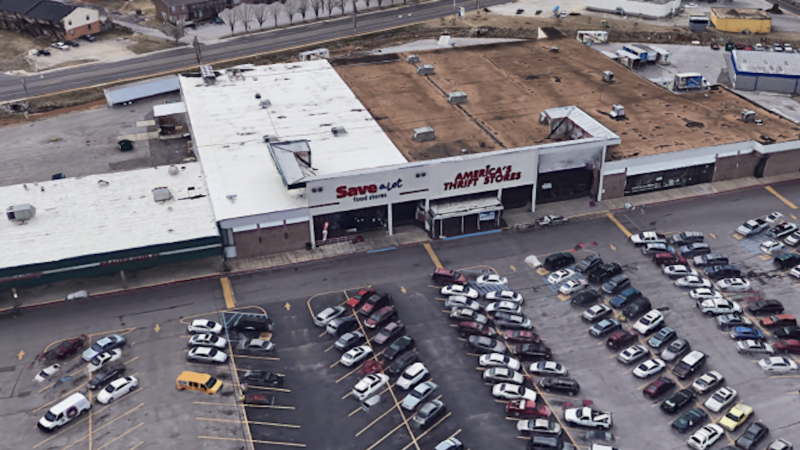 This now-vacant store is to be a new grocery store in Roebuck.

The Birmingham City Council has approved an incentives package to bring a new grocery store to the city’s Roebuck neighborhood as part of a larger initiative to reduce food deserts in Birmingham.

The agreement will include an initial payment of $200,000, then up to an additional $1.6 million, based on the store’s performance, spread out over seven years.

The store, tentatively named The Price Butcher, will be at 1125 Huffman Road, the former location of a Sav-A-Lot, and will “double the amount of fresh produce in the area (and) double the sales area for meat,” Josh Carpenter, the city’s director of innovation and economic opportunity, told the council during a Monday night committee meeting.

“It’s going to expand the food options for the citizens of District 1,” Carpenter said.

The initial $200,000 payment will come from the city’s healthy food initiative, which was created last year to attract new grocery stores to areas of the city that don’t have them. According to the U.S. Department of Agriculture, 69% of Birmingham residents live in food deserts. An East Lake grocery store, Village Market, was given a similar incentive package last year to upgrade its facilities.

Carpenter described the process of bringing the new store to Roebuck as “a year-and-a-half-long courtship” with Dan’s Inc., the company that will manage the store. Attorney Randall Minor, representing the developers, told the council that the building would require “light renovation” but that the store should be open to the public “before Christmas.”

District 1 Councilor Clinton Woods said he hopes the new store will make the shopping center, which is next to Huffman High School, “a true anchor in the community.”

“I think they’ve found a good structure that creates a really good partnership between us,” he said during Tuesday’s meeting. “The one consistent thing I heard (from residents when I took office) was, ‘We don’t have a grocery store at all!’ To see that actually happen and all come together … . I think that’s incredible.”

The council unanimously approved the agreement.

The city of Birmingham also declared this year’s Election Day, Nov. 3, as a one-time unpaid holiday for city employees. City Hall will be closed and the city council meeting scheduled for that day will be pushed to Wednesday, Nov. 4.