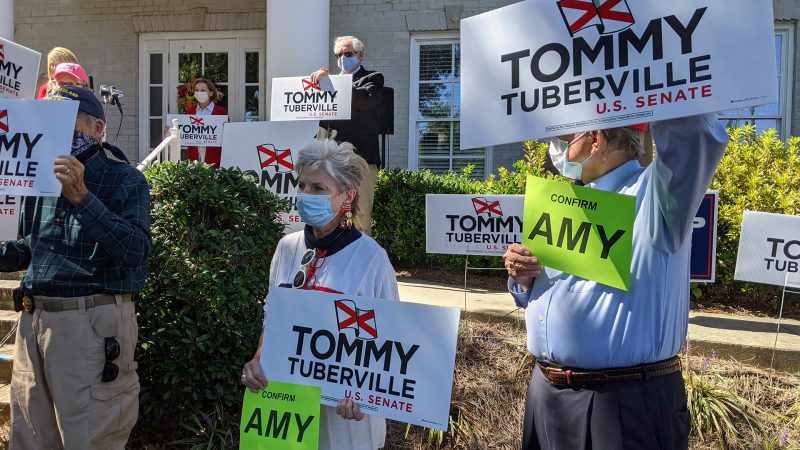 Supporters gather for a press conference at the GOP headquarters in Hoover.

“He has ignored the majority over and over again,” she said.

Jones has said he will not support any nominee to fill the Supreme Court vacancy before the November election, calling the move a “political power play.”

Lathan said Jones needs to “do his job” and support the nomination.

“Meet with Amy,” Lathan said. “Listen to her, at a minimum, and then decide on her credentials.”