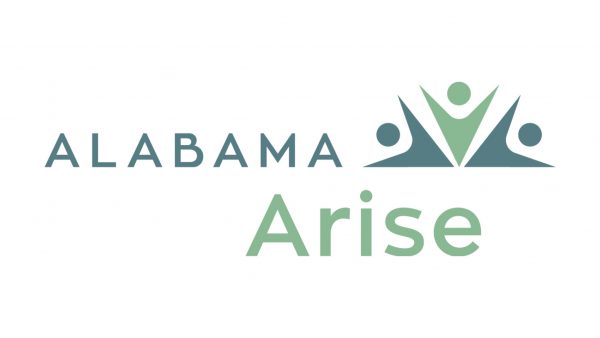 Alabama Arise is a statewide nonprofit organization that believes people in poverty are suffering because of state policy decisions. Through Arise, groups and individuals join together to promote policies to improve the lives of Alabamians with low incomes.

Alabama has cut per-student funding at state colleges and universities more than any state in the U.S. That’s according to a new report from the Center on Budget and Policy Priorities. Chris Sanders of Alabama Arise, a non-profit organization that advocates for low-income Alabamians, tells WBHM’s Janae Pierre that Alabama cut higher education funding by nearly 36% between 2008 and 2018.

What impact do these cuts have on black and brown students and their families?

“Cutting higher education is a surefire way to send tuition soaring, and that is something that dissuades folks from even considering college in the first place. A lot of qualified students decide not to pursue the degree or to finish a degree program because they’re simply priced out of the opportunity to do so. And that effect is especially pronounced among a lot of folks in black and Latino communities. Median household incomes for black and Latino families in Alabama are lower on average than they are for white families and the state overall. So we are dissuading folks from pursuing their dreams. We’re reducing campus diversity and we’re reducing opportunity for people to get ahead and build a better life for themselves and their families.”

If impoverished black and brown students decide to stay in school, will they leave in deep debt?

“Exactly. You know, we are asking an entire generation of folks to take on massive debt to begin their careers, to pursue their professional dreams. You know, we are shifting more of the burden of the cost of that from the state to the individuals. So either people aren’t able to pursue the degree in the first place or they have to begin their career with five- or six-figure debt hanging over their head.”

With major cuts happening in Alabama, has there been an increase in financial aid?

“In general, the state has not made nearly the amount of investment that it should in need-based tuition aid. A lot of folks are left to their own devices to, you know, fill out that FAFSA and seek out whatever federal options they can get or whatever the universities might happen to offer. But there’s not nearly the baseline structural commitment that there should be to ensuring that college is affordable and accessible to everyone, regardless of their income.”

What work is Alabama Arise doing to find state dollars to invest in higher education?

“We for many years have been pursuing the idea of bringing in additional revenue for education by eliminating the state’s deduction for federal income taxes. We are one of only three states that allows a full deduction on state income taxes. It’s a wildly skewed tax break. For most folks it’s worth $100 or less per year. But for the highest earners in the state, it saves them tens of thousands of dollars a year. It’s an upside down tax break that overwhelmingly benefits folks who are already doing very well. That would bring in about $800 million a year for the state. That would be enough to allow the state to boost investments in K-12 and higher education. It also would allow the state to cover the cost of eliminating the state grocery tax. That’s a highly regressive burden that we place on families who are struggling to make ends meet. It’s a tax on a necessity. It’s a tax on survival. And it’s wrong that we do that to families in this state. And we believe that by getting rid of the federal income tax deduction and eliminating the grocery tax and investing in K-12 and investing in higher education, that we can build a state that offers broad prosperity and greater opportunity to everyone and make this a better place to live for all Alabamians.”