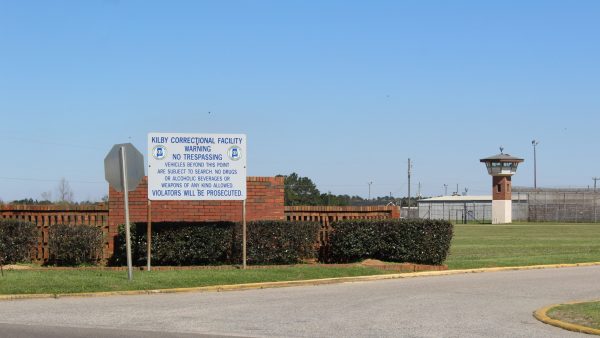 A DOJ report released today alleges that conditions in the Alabama's male prisons violate the Eighth Amendment of the US Constitution.

Federal officials released a report Wednesday alleging conditions in the state’s male prisons violate the Eighth Amendment of the  Constitution. The Civil Rights Division of the U.S. Department of Justice, along with three U.S. Attorneys for the State of Alabama issued the findings.

The DOJ began its investigation into Alabama’s prisons in October 2016 under the Civil Rights of Institutionalized Persons Act. Officials found an “excessive amount of violence, sexual abuse and prisoner deaths” routinely occur in the state’s prisons. The report says the Alabama Department of Corrections does not protect inmates from such harm, and staff routinely do not follow protocol, noting that “contraband is rampant.” It identifies several immediate and long-term measures to address the violations and says if state officials do not comply, the U.S. attorney general may initiate a lawsuit 49 days after issuing the report.

Gov. Kay Ivey said in a statement Wednesday the state is working to remedy many of the issues found in the report. Ivey, along with ADOC Commissioner Jeff Dunn, previously announced a plan to replace several male prisons with three larger regional prisons. The DOC is currently requesting an additional $31 million in the state general fund to hire 500 correctional officers.

The release of the report comes amid an ongoing trial about suicide prevention in Alabama’s prisons. There have been 15 reported inmate suicides in the state since December 31, 2017. The trial is part of a larger class action lawsuit about the mental health care of inmates. The Southern Poverty Law Center is one of the plaintiffs on the case.

In a statement responding to the DOJ report, SPLC attorney Ebony Howard said, “There is no excuse for Governor Ivey and Commissioner Dunn’s knowing disregard of and failure to address the horrors catalogued in DOJ’s letter… While acknowledging the few modest remedial steps ADOC has taken, the letter clearly demands a complete overhaul of Alabama’s prison system, starting today.”