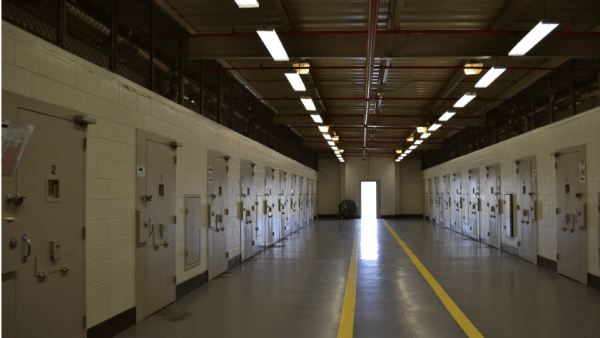 The Department of Corrections has said existing correctional facilities, which are overcrowded and aging, need $750 million in maintenance.

Gov. Kay Ivey announced Tuesday a plan to replace existing prisons with three new regional men’s prisons. The move is to address persistent issues of “violence, poor living conditions and mental illness” in Alabama’s corrections system, according to a statement from the governor.

The Department of Corrections (DOC) has said existing correctional facilities, which are overcrowded and aging, need $750 million in maintenance. The governor says repairing them would be “wasteful and ineffective.”

Ivey says the Department of Corrections will soon seek proposals from outside contractors to build three facilities. One prison will be reserved for “special needs populations,” including those with mental health issues. She says officials will have a better estimate of the project’s cost once they receive proposals. According to AL.com, DOC Commissioner Jeff Dunn says the project could cost around $900 million.

Some have criticized the governor’s plan as too costly. In response, Ivey says it is necessary for public safety and to prevent federal intervention. Alabama has been under federal court order since 2017 to increase mental health staffing at its prisons.

“The investment in these new facilities will also ensure that we retain control of our correctional system,” she says in the statement.

Ivey’s plan acknowledges the need for improved staffing and retention rates. She says in the upcoming legislative session, her budget proposal will include $31 million to hire prison employees and increase salaries. Last year, an additional $86 million was appropriated to contract medical and mental health workers and reduce turnover.

The governor’s announcement comes the day after a federal judge ruled that the DOC is “deliberately indifferent” in monitoring the mental health of prisoners isolated in segregation units. It was the latest development in a lawsuit that the SPLC and the Alabama Disabilities Advocacy Program filed in 2014.