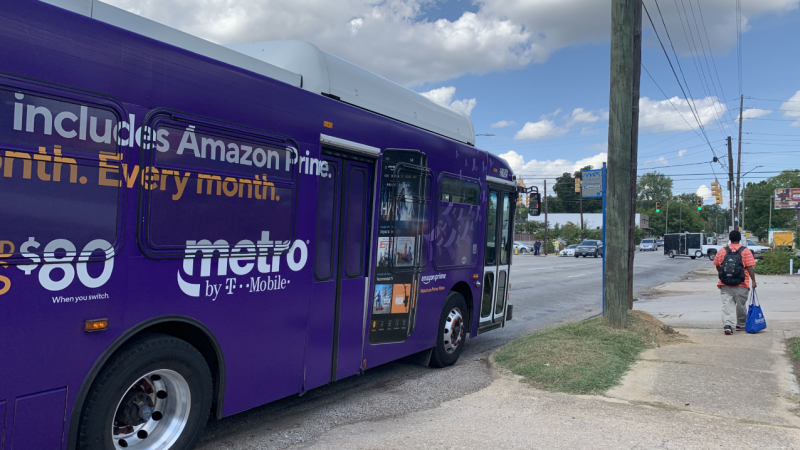 “When you look at the big picture, the city of Birmingham is not backing away from its commitment to provide public transportation for its citizens,” he said. “We are actually providing more public transit.”

O’Quinn’s comments came after District 8 Councilor Steven Hoyt expressed concern over an upcoming “hiccup” for Birmingham public transit — namely, the BJCTA’s announcement that it would likely cut close to one-third of its service in the city starting Sept. 23.

“We need to decide whether we’re going to provide transportation for our citizens,” Hoyt said. “People still need to get to their doctor, to their jobs.”

Last month, the BJCTA announced that it had consistently miscalculated the amount it was charging Birmingham for its transit service. While it had been charging the city $53.97 per service hour, the actual cost should have been $82.36, agency officials said.

The city’s past three operating budgets have allocated $10 million each year to the BJCTA; the new estimation would place the actual cost of the service between $15.4 and $15.8 million per year. Frank Martin, the BJCTA’s interim executive director, told AL.com that he had met Birmingham Mayor Randall Woodfin before the passage of the city’s FY 2020 budget to see if the city’s transit budget could be increased.

That left the BJCTA “no option” but to reduce its service in the city, and it announced last month that it was considering cutting approximately 30 percent of the city’s service routes, starting Sept. 23. A fare increase was also likely, according to the announcement. A full list of proposed route modifications can be found on the BJCTA’s website.

O’Quinn described the BJCTA’s “previous miscalculation” as a challenge, but also said that it offered an opportunity to make Birmingham transit more efficient.

“We don’t need a $600,000 bus going up and down a fixed route with one or maybe two people on it,” O’Quinn said. “When you have an area where a fixed route is serving less than, say, 12 people per hour, the service needs to be provided in a different format.”

O’Quinn emphasized that the city was looking to diversify its public transit options, pointing to its upcoming Bus Rapid Transit (BRT) program, which will increase transit services along a 10-mile corridor connecting Five Points West to Woodlawn. He also pointed to ongoing efforts by the city to establish an on-demand microtransit program with a private company such as Via, which would operate similarly to Uber or Lyft and potentially could be subsidized by the city.

“When you start adding all these things up … the city is actually making a substantially increased investment in providing transportation to our citizens,” O’Quinn said Tuesday. The on-demand service, he added, would have reduced wait times and would be a “vast improvement” on the city’s current transit.

Hoyt appeared satisfied with O’Quinn’s answer, but suggested that the council set up a town hall to inform residents of the upcoming changes, regarding the BJCTA’s service reductions and the city’s pending transit projects.

“The people need to know,” he said. “I don’t think that enough people who ride the bus really know that.”