Commentary: She’lah Shreve “Have You Ever Used the F-word?” 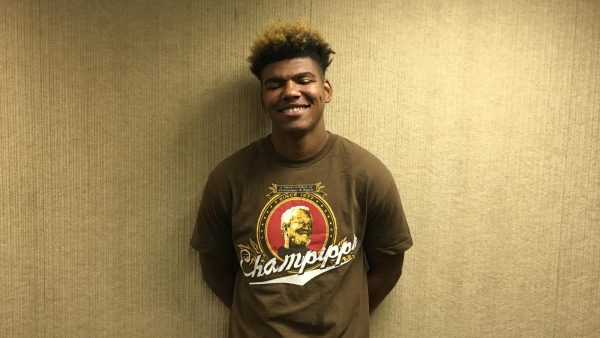 With summer underway, some former high school seniors have a few months before they begin college. For commentator She’lah Shreve, there was a time when it looked like he might not even make it to high school graduation.

Have you ever used the F-word? I’m talking about the word failure. My name is She’lah and I failed a chemistry class. It was 10th grade, and I was surrounded by 32 students all scared of failure. My class had visual learners, sit-down learners, and lecture learners.

Still, I was just focused on getting by in this class. I realized I had gotten trapped in the cycle of failure when my B grade point average dropped to an F.

I had a lot of potential but I never used all of it to fulfill my purpose in life. I could be an A student but I didn’t take the extra steps needed like studying after school. I realized that I was not going to pass this class and move on to my next year of science – a major setback. As a high school student, I became a blank space in the classroom, becoming lazy and not willing to learn anymore. I knew I had to get my grades up and gain credit, but I couldn’t find the motivation to catch up in my regular classes. My academic advisors enrolled me in a program called Access — an online classroom with an online teacher with the same concept as a traditional classroom setting, but using the internet to  help understand chemistry concepts.

But I failed that course as well, because it was more project based and I didn’t feel a real one-on-one interaction taking a class online. At this point, I felt like the teacher had given up on her students, on me, and she was just there to collect the work. It didn’t matter if it was done correctly, and that attitude affected us, too. We lost the drive to learn and grow in her classroom.

With my high school graduation at risk, I heard of another program called credit recovery; it was a program that was more reading and then testing, so I had more notes and more material to  study. My mindset now, was to pass no matter how much time and effort I had to put in to it. I  stayed after school every day for 2 hours with the focus of  not letting the F-word define me as a student or as a person in society.

Everybody was in my corner supporting my push to beat the cycle of failure. Teachers were staying after school with me to pass the assignments and tests. They stayed on top of me, checking to make sure I actually completed the work. And with that level of support, I found the drive and motivation, and my credit and my path to graduation was back on track.

I learned you may not always get the teacher you want, or the breaks you need, having the right mindset is a necessity to reaching your goal. I will carry this into everything I do – work, college, and fatherhood. Because you can fail at anything. No matter what the struggle, you get back up. You keep pushing.

Failure is a state of mind. Failure doesn’t define you; you define failure.

The choice is yours.

She’lah Shreve is a graduate of  George W. Carver High School. He’ll attend Lawson State Community College in the fall. This commentary was edited by WBHM’s Michael Krall and produced in partnership with the Birmingham Education Foundation.