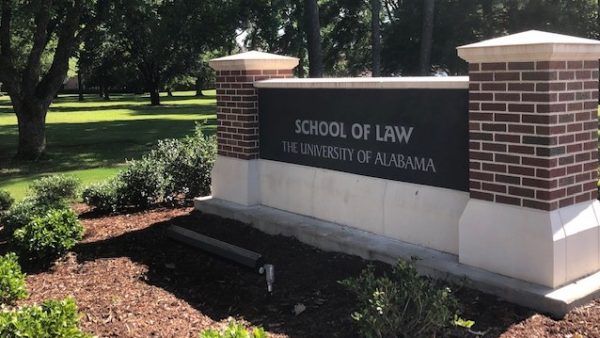 The name of Hugh F. Culverhouse has been removed from UA's school of law

The school says it is returning the donation after Culverhouse made “numerous demands” dictating how it is used in the operations of the school. Culverhouse says he has no doubt the move is because of his call to boycott Alabama over its new abortion law, which forbids most abortions and does not include an exception for rape or incest.

In a news release last week, Culverhouse urged students, particularly out-of-state students who pay higher tuition, to boycott the school. Hours later, UA announced it was considering giving Culverhouse his money back, the biggest donation ever made to the university.

Chancellor Finis E. St. John IV says that they are grateful to Culverhouse for his donation, but his expectations for the use of the gift were “inconsistent with the essential values of academic integrity and independent administration” at the university.

St. John says “for these reasons and for these reasons alone” he recommended returning Culverhouse’s gift, adding that the university will learn from this experience and “will not compromise” its values “at any price.”

Culverhouse did not attend Alabama, but his parents did, and the business school bears the name of Hugh Culverhouse Sr., a wealthy tax lawyer and developer who owned the NFL’s Tampa Bay Buccaneers.  Culverhouse says he was stunned by the university’s stand, but he added, “You probably shouldn’t put a living person’s name on a building, because at some point they might get fed up and start talking.”

“My father was an officer of Planned Parenthood in Jacksonville, Florida, during the 1950s,” Culverhouse said in May, according to Florida Politics.  “This is a civil rights issue that has been important to my family for many years.”

HERE: You can read a full statement from the University of Alabama System

Editor Note: The University of Alabama sponsors some programming on WBHM, but our news and business departments operate independently.