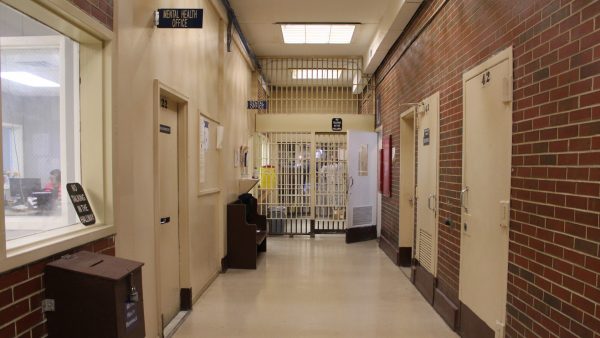 The SPLC says litigation with the ADOC concerning mental health and medical care will likely continue for several more years if ADOC does not make adequate changes.

“Our prison system is facing a crisis of Alabama’s own making and, like you, we believe in an Alabama solution,” the letter reads. “Our hope is that this letter is the first step in a collaborative process to address the deficiencies in the state’s prisons, protect the rights of incarcerated people, and ensure the safety of incarcerated people and state.”

Alabama’s prisons are significantly overcrowded and understaffed, with record-high levels of violence and suicide. In its letter, the SPLC responds to state efforts to address these issues and outlines recommendations for prison construction, improving staffing levels and sentencing reform.

Earlier this year, Ivey and commissioner Dunn announced a plan to replace several men’s prisons with three larger regional prisons that would house over 3,000 inmates each. The SPLC says it opposes this plan and instead suggests replacing two current prisons with buildings that would house no more than 1,000 inmates each. It also recommends constructing a prison devoted to medical and mental health services.

ADOC has requested an additional $31 million from the state budget to hire an extra 500 correctional officers. The SPLC says that is not enough and suggests increasing the request to support hiring more than 1,000 officers.

“The SPLC stands ready to work with the governor, with the commissioner, with the legislature and any other Alabama leaders and advocates, because we hope to solve this crisis,” SPLC attorney Ebony Howard said in a Tuesday press conference.

Officials with the governor’s office and the Alabama Department of Corrections did not immediately respond to requests for comment.

The issue of prison reform has recently become more urgent for state leaders. Just last week, the Department of Justice (DOJ) released a report detailing gruesome acts of violence and sexual assault in state prisons. The report lists several short- and long-term measures for the department to improve conditions. The DOJ says if the state does not comply within 49 days of receiving the report, it could face a federal lawsuit by the U.S. Attorney General.

ADOC is already involved in a class-action federal lawsuit about insufficient mental health and medical care of state inmates. The case, Braggs v. Dunn, began in 2014 and has resulted in court orders against the ADOC to increase staffing levels and improve mental health treatment of inmates. The SPLC is one of the plaintiffs on the case. In its letter to Gov. Ivey and commissioner Dunn, the group says litigation has cost the state millions of dollars and that it is “open to discussing potential resolutions to the issues in Braggs.” The SPLC also says litigation will likely continue for several more years if ADOC does not make adequate changes.

Note: The Southern Poverty Law Center is a sponsor of WBHM, but our news and business departments work independently.