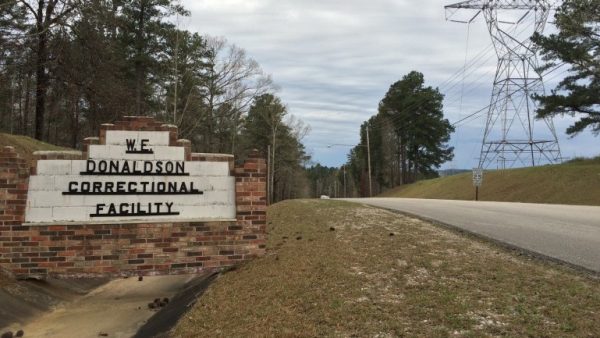 Alabama’s prisons are overcrowded, understaffed, and plagued by violence. A federal judge ruled mental health care for inmates is “horrendously inadequate.” There have been 15 suicides in as many months – including one earlier this month. Two inmates were stabbed and killed recently as well. While overcrowding has eased slightly, state lawmakers know there’s more work to do. WBHM’s Andrew Yeager spoke with state Sen. Cam Ward, a leading voice on prison issues, to get a sense of where lawmakers stand during this legislative session.

“I think the appetite is more in light of some of the violence you’ve seen inside the prisons … It has a huge impact on it, not only the discussion inside the statehouse but also what some of the things the court has said. The court has clearly said these conditions are no longer acceptable. So I think the court’s order, in addition to the daily publicity of the horror inside the prisons, has changed the perspective of a lot of lawmakers.”

What lawmakers can do:

“Primarily it’s going to be a financial issue. You’ve got to pay for it. None of this is going to be free. You’re going to have to come up with the money in your budget to pay for it and that’s why I think last year we did $90 million additional dollars in the budget. This year we’re going to do another $40 million on top of that. So it’s primarily numbers and hiring the staff necessary to staff the prisons. That’s a big part of our problem right now.”

“I think she has a very good plan and here’s why: It doesn’t require us to take out or borrow money to incur indebtedness. It doesn’t require you to increase the Department of Corrections budget. And what she’s doing is by leasing it back from an entity that builds it, you would in all essence be running and operating prisons the way we do now, just whoever holds the lease to the building would be a different person. It would be run and operated by us, just like we do now. And it would help alleviate some of the security concerns that a lot of officers have in the current facilities, which right now we’re just band-aiding back together … It pays for them by closing older decrepit buildings that are requiring huge amounts of money each year for maintenance.”

The issues around Alabama’s troubled prison system are complex, but a new exhibit featuring artwork by Alabama inmates hopes to generate a different conversation.

There are many alternatives to prison including drug courts, veterans courts and community corrections. But a new report says in many cases these alternatives hinder rather than help those they are supposed to serve.

The 2020 legislative session begins Tuesday and prisons are at the top of the agenda. Lawmakers are likely to consider proposals presented last week by Governor Kay Ivey’s Study Group on Criminal Justice Policy.

Prisons will be a top issue in the upcoming legislative session. The state Department of Corrections presented its budget request Thursday, along with the Bureau of Pardons and Paroles.

Inside Alabama’s Prisons, Fear Of A Coronavirus Outbreak Protecting People In Prisons, Jails And Shelters From COVID-19 Alabama Lawmakers Approve $5 Million For Coronavirus Response New Exhibit Features Artwork From Alabama Inmates Some Prisoners Invited To Vote By Absentee Ballot For The First Time This Year