Juneteenth: A Celebration of the End of Slavery 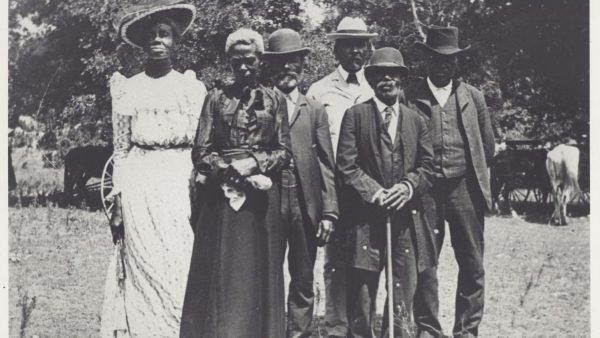 Today in cities around the country, there will be parties and parades to commemorate the official end of slavery. June 19th, 1865 — or Juneteenth – marked that historic milestone. Barry McNealy, an educator with the Birmingham Civil Rights Institute, says even though President Abraham Lincoln issued the Emancipation Proclamation in 1863, it didn’t free all slaves.

What did the emancipation proclamation do for slaves?

McNealy: “When Abraham Lincoln issued this emancipation proclamation, he freed the slaves who were in states that are in rebellion to the union. So the union really has no way of enforcing this proclamation. But he doesn’t free the slaves who are in states that are within the Union called border states that still have slavery. So although the Emancipation Proclamation had been taken into effect, it didn’t have a great deal of effect to the masses of African Americans.”

What does Juneteenth mean for Southern states like Alabama?

McNealy:“Well early on, Juneteenth didn’t mean a great deal to a state like Alabama because Juneteenth was something that happened Texas to the west. But it does have relevance to a place like Alabama because of the history of Alabama being the birthplace of the Confederacy. And looking at Juneteenth, it reminds us of the pernicious history that our state had in being the central place that the Confederates gather early on. And so it takes us to the full circle point. So when we get to Alabama and we celebrate Juneteenth, it reminds us that Jefferson Davis stood on the steps of our capital and was sworn in as the president of the Confederacy.”

Why is Juneteenth important for all Americans?

McNealy: “When we look at our United States Constitution, it starts off with the preamble and the preamble is basically our thesis statement: what this document is going to be about, what this country is going to flow to. And those first words contain the phrase ‘in order to form a more perfect union.’ They knew when they wrote it that the Union wasn’t perfect. They knew that this was going to be a work in progress. And as Americans, we should all take pride in the fact that hundreds of thousands laid down their lives so that millions of people could walk free. And those hundreds of thousands of people who lay down their lives were of all shades, colors and religious backgrounds.”

Why are so many people unaware of Juneteenth?

McNealy: “Well it’s because, in part, every year we celebrate the Fourth of July. And people might look at it as the Fourth of July is Independence Day and that’s the day that we celebrate being free as a nation. However, in 1776, African Americans were enslaved in this country. And even though fighting in the Revolutionary War promised some of them potential freedom when the Revolutionary War ended, those potential promises of freedom kind of vanished away like the morning mist. We deepened the system of slavery in this country, especially once we get to the creation of the cotton gin. And once the cotton gin is created, all bets are off; you birth King Cotton and the idea of walking away from slavery is just about over. So this is why it’s kind of counterintuitive for some people to talk about Juneteenth because in their way of looking at things, you already celebrate independence, but you’re not celebrating all independence.”