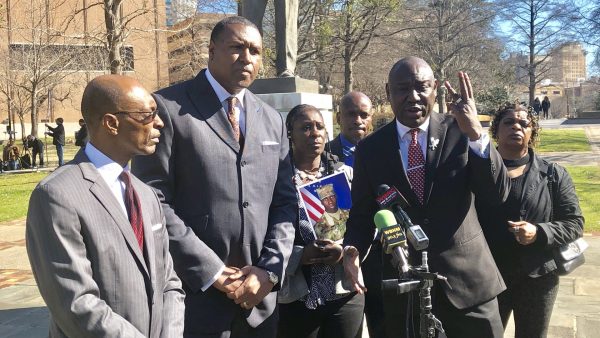 Lawyers for Emantic Bradford Jr. join his family to ask for the release of videos from the fatal police mall shooting more than two months ago.

The family of Emantic “EJ” Bradford Jr. renewed the call today for authorities to release all videos from the fatal Thanksgiving night shooting at the Riverchase Galleria mall. A Hoover police officer shot and killed 21-year-old Bradford. Officials initially said Bradford was the gunman, but later said they were wrong. Two people were wounded in the shooting.

Attorney General Steve Marshall took over the investigation in December. He has maintained the tapes cannot be publicly released because they are part of an active investigation.

Speaking at a press conference in Birmingham’s Kelly Ingram Park Monday, Bradford family attorney Ben Crump said he has seen a brief video. But he said the only way to show what really happened is to release all footage from that night.

“There’s a great mistrust, so we need transparency plus accountability,” Crump said. “That’s the only way that can give trust back to this community.”

Crump says rumors are circulating about the shooting, and release of the video evidence would clear up misinformation. It’s been 68 days since the fatal shooting.