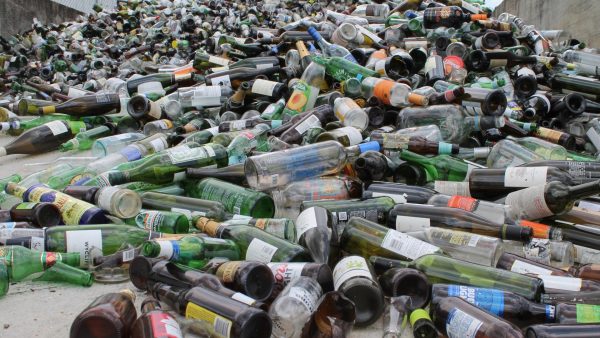 If you’ve been saving glass bottles to haul to Birmingham’s recycling center, you’ll need to hold onto them a little longer. The Alabama Environmental Council temporarily stopped taking glass at its recycling center in Avondale last week.

Alabama Environmental Council executive director Felicia Buck says two companies, one in Tennessee and one in Georgia, had been picking up the glass. But that’s broken down over the last few months. Buck says the Tennessee company had promised since last summer to pick up the glass. But they kept pushing that back until the Birmingham recycling center just didn’t have room to hold the glass anymore.

Meanwhile, the bottles and jars are piling up. The center takes in an average of 10 tons of glass a week. Buck calls it the “Mount Everest of glass.”

She says right now they’re pulverizing the glass, and once they make it through the backlog, the recycling center can accept it again from the public. She hopes that’s in three to four weeks.

But there’s also the issue of where this pulverized glass goes. Buck says it has a lot of uses.

However, not that many people or businesses in Alabama use pulverized glass. Bond says her organization is trying to raise awareness among construction companies and others to create a local market for the glass. That way instead of shipping it out of state, the benefits can be felt at home.