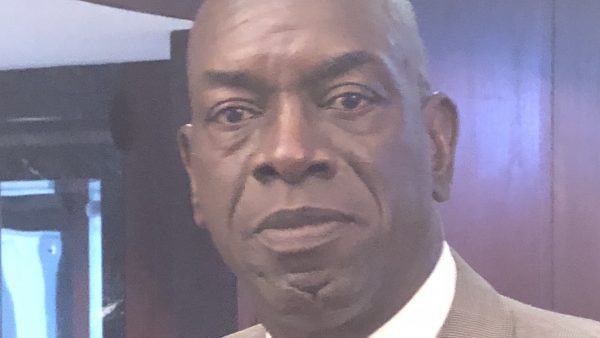 A federal judge on Thursday sentenced former Alabama Rep. Oliver Robinson to 33 months in prison and three years of supervised release for his role in a bribery scheme to block the expansion of a U.S. Environmental Protection Agency cleanup site in North Birmingham and Tarrant.

Robinson pleaded guilty to encouraging residents not to have their soil tested for contaminants in exchange for bribes. He also diverted money from his campaign account and nonprofit account for personal use.

After pleading guilty, he cooperated with federal prosecutors in investigations that led to the conviction of former Balch & Bingham attorney Joel Gilbert and David Roberson, a  Drummond Company executive. They are scheduled for sentencing Oct. 23.

“Robinson betrayed his constituents and neighbors in north Birmingham and Tarrant, selling his elected office to special interests for personal profit,” Jay Town, U.S. Attorney for the Northern District, said in a statement Thursday. “An elected official can scarcely commit a more egregious crime.”

Robinson was in the Legislature 18 years before resigning abruptly in 2016. He can never again serve in an elected office.

A former star on UAB’s first basketball team, Robinson was drafted into the NBA in the first round in 1982. After an injury, Robinson returned to Birmingham as a businessman, then entered politics.

Before Judge Abdul Kallon read his sentence, Robinson stepped up to the podium and apologized to the community, his family and to UAB.

“Every day I look at my wife and children, knowing I have negatively changed their lives,” Robinson said.

Sutton, who was also the team doctor when Robinson played basketball in college, spoke on Robinson’s behalf. He said Robinson is broken and will do more good for the community in the future.

Daryl Braden, one of Robinson’s former UAB teammates also addressed the court. He said Robinson encouraged him when he made bad decisions and helped him to bounce back.

Prosecutors asked the judge to give Robinson a lighter sentence because he cooperated in the trial that led to other convictions.

“Every prosecutorial instinct I had was to sock it to him, but he is the only elected official I know who has humbly accepted responsibility,” George Martin, assistant U.S. Attorney said.

In addition to the prison sentence, Robinson was ordered to pay $161,151 in restitution to the Internal Revenue Service. He also will be ordered to forfeit money received from bribes, Kallon said.

Robinson must report to prison on Nov. 27. Kallon is asking that Robinson be placed in a facility as close as possible to his home state.