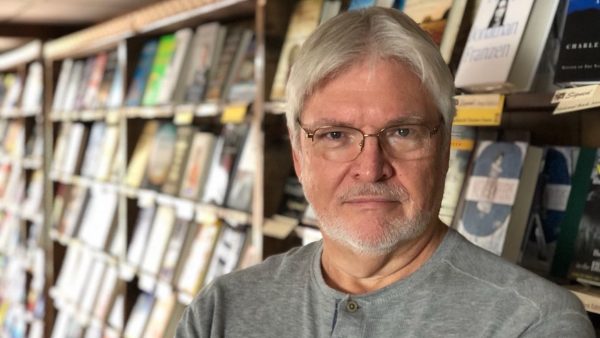 A new thriller opens in theaters today. It’s about an American submarine captain on the hunt for a U.S. submarine in distress. Soon, a group of Navy Seals has to rescue the kidnapped Russian president to avert World War III.  The film “Hunter Killer” features some big names including Gerard Butler and Gary Oldman. It was adapted from Birmingham author Don Keith’s novel, “Firing Line,” which he co-wrote with George Wallace (not the former Alabama governor). Keith spoke with WBHM’s Andrew Yeager.

Concerns about having his book adapted by others:

“Hemingway said it best. He said if you sell your book to the movies, cash the check and go away. I certainly understand that. The good news for us is even though the book, it’s 692 pages, they condensed it down to a two hour and one minute movie. Obviously they can’t do the whole thing. So they did leave out three other subplots, but they did stick primarily to the plot …

“We were concerned. [Keith’s co-author] George [Wallace] obviously being a former submariner, he did not want to get ridiculed by his submariner buddies. But it was also important to me and to him, too, that this be an accurate portrayal of what life is like on a submarine, what it’s like for the guys who volunteer to do some rather interesting duty.”

On writing now that his book has become a movie:

“I still try to go by my own prescription when I tell writers who ask that you really shouldn’t write a book, a novel or a nonfiction book, with the idea that this would make a movie and I’m going to do this because that’s what will help sell it to the film industry. I still think you have to just tell a story. To me the perfect story is an average person who is placed in an unusual situation and who does remarkable things. If you do that, it’s going to work in a book. It’s going to work in a short story, a TV show or a movie.”

What it means to have his book become a movie:

“I’m actually numb because even to see the trailer or some of the featurettes that have been running on HBO and some other places, to see these big-time actors — Gary Oldman, he’s playing a character that I created and gave the name to and gave a personality to, not exactly like it was in the book. But still, to see last year’s best actor mouthing words that I wrote and have the nameplate on his desk that I created, it’s an odd and good feeling.”

Dennis Covington and Revelation: The Search for Faith in a Violent Religious World Movie Stirs Memories in Selma